As PR spin or sloganeering goes, it was as brilliant and not as controversial as the President's “Kill, kill, kill”. We would like to think that “Build, Build, Build” is the more benign and universal motto for the Duterte era's 8.0 Trillion Peso catch up with infrastructure. At the frontline of the Dominguez-Diokno-Pernea Economic triumvirate's push for growth and prosperity is ex-Congressman Mark Villar, DPWH secretary for close to a year. And judging by Secy. Villar's bee-like buzz of activities, Senator Villar's son is more than up to the task.

As the Metro's citizens continue to enjoy the traffic relief offered by the Pnoy administration's NAIAx, all eyes are now on the completion of MMSS3 or Metro Manila Skyway Stage 3. Also commissioned as a PPP project under the Pnoy administration, the eagerly awaited MMSS3 will relieve the traffic woes of all the Metro's motorists and all transit traffic, essentially most of Luzon island's motor vehicle population. As the Metro's first elevated cross-city expressway, it should substitute for perennially overloaded EDSA, the Metro's only complete transit road. And while this is going on, DPWH Secy. Villar is accelerating RROW [road right-of-way] acquisition for the other cross-city expressway, the NLEx-SLEx Metro Link Connector. To get this moving also means overcoming all RROW obstacles to the Harbor Link NLEx to C-3, which is the northern end of the NLEx connector. 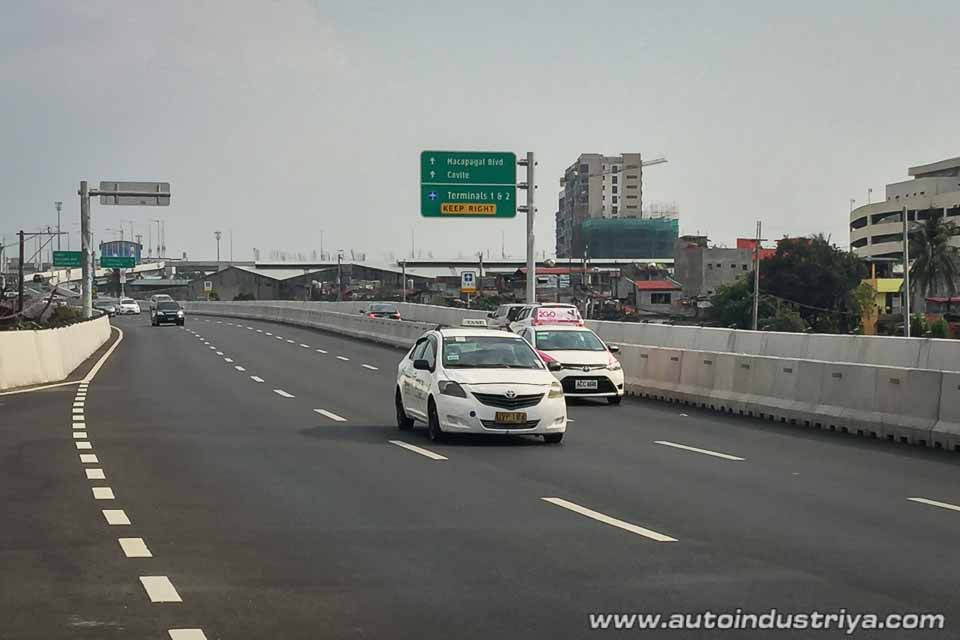 Projected to open in 2020, MMSS3 which started energetically 3 years ago, has bogged down at its most critical section. The reason given is the slow pace of RROW acquisition for the MMSS3's critical segment 2, the Skyway from Plaza Dilao, across the San Juan River, connecting to MMSS3's segment 3, which starts at SM Centerpoint, Araneta Ave. This slow pace of RROW acquisition not only affects the schedule of MMSS3's completion, but greatly impedes which way the road alignment goes.

Segment 2 is, construction wise, the most complex segment of MMSS3 because it involves stacked carriageways in the vicinity of PUP, the Pandacan Bridge, the San Juan River, a tributary of the Pasig, on and off ramps to V. Mapa, Old Sta. Mesa Rd. and G. Araneta and is a major component of the so-called Common Alignment. The Common Alignment, connects MMSS3 to the NLEx connector, right over the PNR railroad tracks. Since acquiring the needed available real estate can easily turn contentious as private land owner fight over compensation pricing and the government's right of eminent domain, CCEC [Citra Central expressway corp.], San Miguel's infra subsidiary that is MMSS3's project manager, had to defer finalizing the design of the segment access ramps and interchanges.

This has now become a chicken vs. egg problem; i.e. DPWH cannot finalize paying for the RROW, exposing it to a 6.0M peso a day contract penalty due to CCEC but without the RROW, the interchange and junction design cannot be finalized. The engineers even considered diverting MMSS3 to the San Juan river but were afraid that environmental clearance from the post Gina Lopez DENR might even take more time. Moreover, taking to the river may conflict with Citra's own 50.0B 17.7km Manila-Taguig expressway proposal.

These delays also screw up San Miguel's financing from the Capital markets. CCEC also has to rejig the construction schedules of segments 1, 3 and 4 owing to the non-existent and still to build segment 2. These finance scheduling problems led to other conflicts among the project's partners as capital call deadlines were missed, borrowing drawdown schedules were moved forward and even allegations of qualified theft. Matters are in the hands of the magistrates now so one can foresee that delays and complications are imminent. As things stand, we won't be able to drive on MMSS3 by 2020 and completion may even stretch beyond the 2022 term of PRRD.

For the past year and half, EEI's construction of Segment 4, the A. Bonifacio section has caused up to 5.0km long tailbacks from Cloverleaf Balintawak to NLEx Smart Connect cloverleaf further clogging Mindanao Ave. This seems to be an EEI weakness as when it was building the stage 1 of NAIAx, the at-grade traffic management was so poor because the traffic surfaces were so pockmarked and messy one could not tell which path to take amidst the clutter that the crew dumps helter skelter. 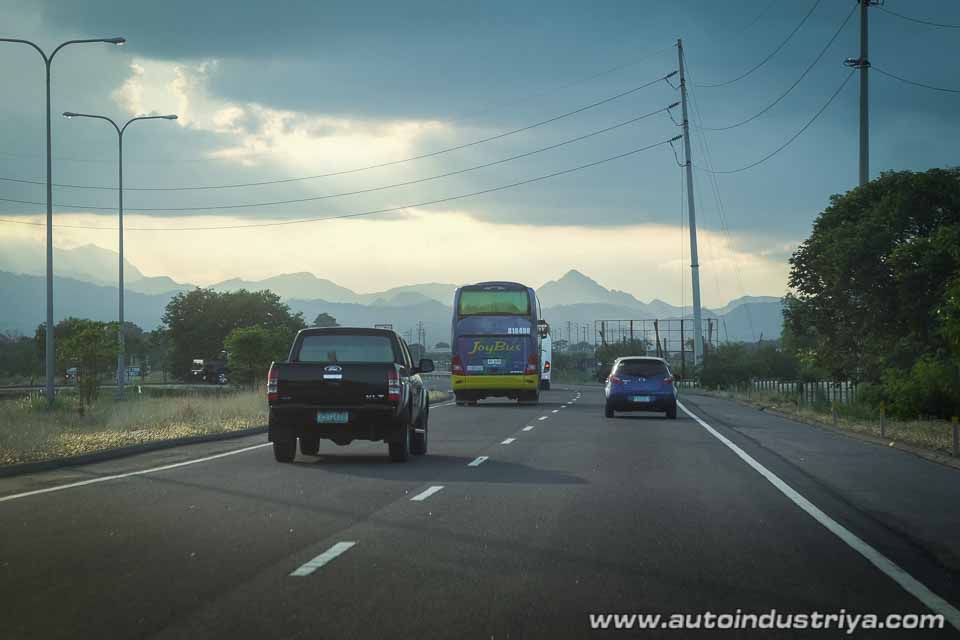 Shift to the doable

Realizing the delays to MMSS3, Secy. Villar now focused on the do-able; the NLEx Metro Link connector. But to get that started, DPWH had to accelerate RROW acquisition of the NLEx Harbor Link from NLEx Karuhatan to C-3, and only then can the connector commence from C-3 to at least Espana junction, given that MMSS3's segment 2/Common Alignment's design has not been finalized. Secy. Villar should also look at Metro Pacific Tollways pace linking C-5 extension to CAVITEx as there is bound to be conflict with the initial design submitted by Citra for the Merville-West service road spur highway and interchange.

Another pre-Pnoy era infrastructure project that was scheduled by Pnoy for PPP privatization into a tollway is the Plaridel bypass highway. Built and designed by the DPWH, the Plaridel bypass highway, now connected to the NLEx at the Balagtas partial interchange, was to provide faster travel away from the old DRT [Dona Remedios Trinidad]/Daang Maharlika highway from Sta. Rita to San Rafael, Bulacan and into Nueva Ecija. This vital highway is the over capacity main route of 22-wheeler trucks carrying agricultural produce from the Cagayan Valley to Manila. With the Plaridel bypass, traffic can now access the NLEx without going through the congested towns of San Rafael, Baliuag and Plaridel. Moreover, it provides direct access to other Bulacan towns like Pandi and Bustos, without crawling through the DRT.

Rejecting an expressway in Bulacan

Following the infrastructure construction model of the PRRD economic team – whereby DPWH builds the road and then invites bidders to O&M [operate and maintain] to tollway standards – the progress of the Plaridel bypass to reach from Plaridel to San Rafael was all set until vested interests and influential entities bought up the real estate along the proposed highway. Realizing that once the highway is turned over for limited access tollway standards, their prime lots would lose road side commercial mall space, the same groups lobbied against turning the highway into a tollway. This is despite assurances that the expressway will have service roads for their malls. Because of this, DPWH has reduced the construction schedule to just single carriageway instead of dual carriageway, while it figures out which way to go. As it is, the vested interests only want a carbon copy of the DRT, which will eventually end up being another slow moving highway crowded with commercial establishments in typical linear development. A pity then as DPWH wants to upgrade traffic with a dual carriageway expressway but the Jurassic Luddites will want none of it.

The other Mark's choice

Again another Pnoy era PPP project which needs a “build, build, build” push is the last segment of TPLEx from Pozzorubio, Pangasinan to Rosario, La Union. TPLEx, as approved by NEDA, had 3 option paths. We stuck out our preference for the longest path as proposed by ex-Congressman Mark Cojuangco. On the surface it may seem the most expensive because it will require a longer viaduct over the swamp approaching the Bued river bed but in reality the path goes through cheaper land that cannot be planted for agriculture, unlike the 2 other options. Moreover, Cong. Cojuangco's proposal terminates TPLEx west of Rosario town, unlike the other options that terminates TPLEx at the new Jollibee at the entry of the Rosario-Pugo highway, east of Rosario town. Cong. Cojuangco's diversion segregates all traffic heading for Region 1 or the Ilocos region, from crowding with traffic going to Baguio via the Marcos Highway. 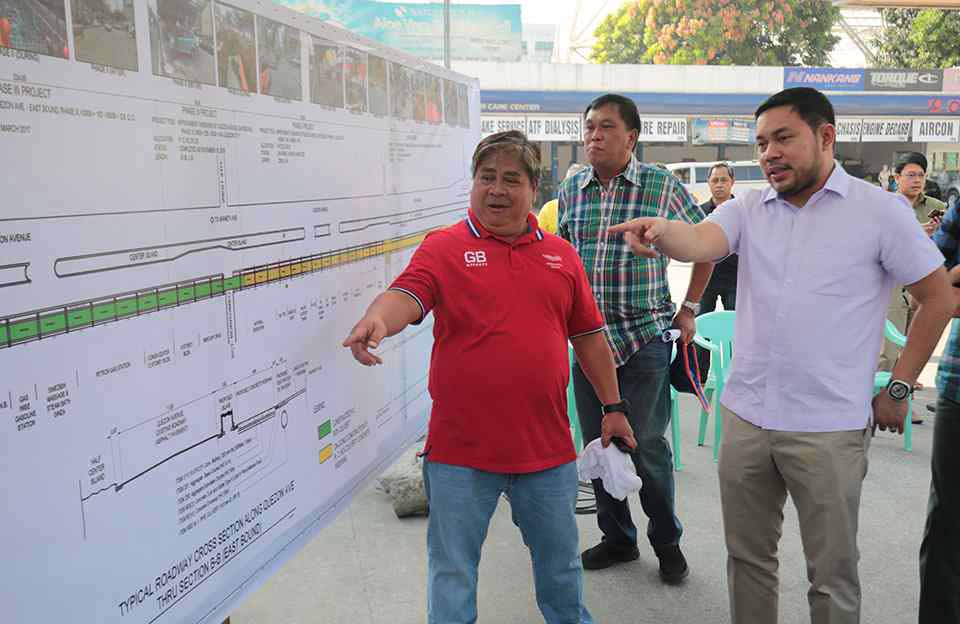 Perhaps inspired by the traffic relief enjoyed by Meycauayan bound motorists after the NLEx commissioned the Libtong and Pandayan auxiliary exits, other congested towns along NLEx, like Bocaue/Sta. Maria should be studying same. In upper Pampanga, Angeles City and Magalang suffer from heavy rush hour traffic at the Marquee Mall junction at the Angeles exit. Proposals for auxiliary exits at Angeles City Hall to reach Balibago or other exit areas by Dau interchange or Magalang road itself need further study as the Magalang road is severely choked by lack of any other access to cross or access the NLEx.

Being from a family involved in construction, Secy. Mark Villar must surely know that the “Devil in in the details”. Just look at the list he is up against. San Miguel's 554.0B worth of tollway projects alone has TR-4 – SLEx from Ayala Greenfield to Lucena; TR-5 SLEx Pagbilao, Quezon to Matnog, Sorsogon; NLEEx, North Luzon East Expwy – from Quezon Memorial Circle to Cabanatuan City; NAIAx extension to Buendia-Roxas Boulevard Ramp; Metro Manila Expressway Skyway Stage 4 is C-6 Taguig to Tanay; Tanay to Batasan; C-5-C-6 link; Bocaue to San Jose Del Monte highway linking MRT-7; Skyway Stage 7 from STAR Tanauan to Tagaytay; TPLEx to Pagudpud, Ilocos Norte. Optimizing Citra's franchise with PNCC, San Miguel is now questioning the legality of ShoeMart-Ayala's unsolicited proposal to build an elevated highway to connect Trinoma to MOA. Metro Pacific Tollways on the other hand has submitted their own shovel ready projects; Expansion of SFEx to dual carriageway; CALAx and CAVITEx link ground breaking; Cebu-Crodova bridge and causeway toll expressway; C-5 elevated from Libis to Katipunan. Metro Pac Tollways is also waiting for DPWH to accelerate RROW for NLEx segment 8.2, the link between NLEx Mindanao Ave. and the Luzon Ave-Commonwealth Ave-Katipunan interchange.

Secy. Villar also needs to decide on proposals to build bridges from Cebu to Negros and Bohol. With Metro Pacific tollways building the Cebu-Cordova bridge and expressway, the Metro Cebu Expressway is also up for grabs and this being Cebu, DPWH has to carefully navigate between the powerful business rivals in the Queen City as witnessed by the contentious bidding for the Cebu-Mactan airport PPP in the last administration. As for the Metro Davao Expressway, the variety of terrain and sheer length alone is daunting. Mind you this is on top of all the highway widening, re-blocking and maintenance going on all over the country. With some 200 plus town and city bypasses and more toll roads in the pipeline, DPWH should be wary of getting stuck like MMSS3 or plans “by-passed” as in the Plaridel bypass. Besides, he will need to monitor DPWH progress in building the CLEx [Central Luzon Expwy] from SCTEx Tarlac to Cabanatuan City so it won't suffer the same fate as MMSS3.

And finally, with DPWH as the ex-officio chair of the TRB Toll Regulatory Board – the agency that franchises toll roads and monitors tollway standards – Secy. Villar cannot delay what the previous administration delayed for 6 years; the toll rate adjustments as agreed under contract with the toll road operators. To let this lapse into international arbitration as did the previous administration will not only incur penalties, but will also drive away investor interest in “build build build” if government doesn't fulfill its obligations on the signed contract. At the core, the success of “build build build” will not depend on the numerous projects on offer. It will depend on how incentives and conditions as per contract are perfected and conflicts or blockages and RROW acquisitions are cleared for projects to proceed. For “build build build” to succeed, the motto that applies is “Honor thy contract”.

The the vehicle excise tax looming, The Inside Man voices his opposition, and his proposals, to HB 4774

Trump and the future of the US auto industry