The 2015 Formula One (F1) season is fast approaching. For the past couple of months, F1 teams have revealed their respective challengers and driver line-ups that would contend the much coveted championship title.

Unlike last year, the 2015 F1 season has lesser regulation changes. One of the notable changes would be FIA's regulation regarding the new helmet livery which intends to make drivers more recognizable while they are out on the track. Another regulation change would be the minimum weight of the F1 car which has been increased from 691 kg to 702 kg (without fuel).

For this season, the replacement of a complete power unit no longer results in an automatic penalty. According to the new regulations, penalties will be applied cumulatively based on the individual components of each power unit. Grid penalties will also not be carried over to the next race; instead the time penalty will be based on the following:

The double points system will no longer be applied in the final race of the 2015 season.

When it comes to race suspensions, drivers must enter slowly into the pit lane rather than go back onto the starting grid.

The 2015 F1 season will also feature a Virtual Safety Car (VSC) which was introduced in the wake of Jules Bianchi's crash in last year's Japanese Grand Prix. According to the FIA, the VSC may be used to “neutralize a race.” The FIA adds that the VSC will be “normally used when the double waved yellow flags are needed on any section of the track.”

Another regulation that concerns safety is the unsafe releases. For the upcoming season, unsafe releases will result into an automatic ten-second stop-and-go penalty.

The safety car can enter the pits once the last lapped car has been waved through.

Drivers are required to start from the pit lane if any members of his team, or any relevant equipment, remains on the starting grid as soon as the 15-second signal has been shown.

Front-and-Rear Interconnected Suspension (FRIC) is not allowed in the 2015 F1 season.

Teams no longer have the liberty to “re-nominate” gearings once the season has started.

The FIA has released new regulations pertaining to the car’s nose design in order to improve safety and restrict “strange and ugly solutions.”

The new regulations also require a new cockpit safety design where the Zylon anti-intrusion panels on both sides have been extended up to the driver’s head.

In addition, the cars for the 2015 season may come with a mandatory black box recorder which is similar to the FIA accident data recorders, first introduced in 1997. The black box recorder can be used for more precise analysis and data information should there be an accident.

The reigning champions will try to defend their status with the help of the F1 W06 Hybrid car that has undergone “intensive design phase” which delivers mechanical, structural, aerodynamic and weight saving developments over its predecessor.

The Infiniti Red Bull Racing ended last year's campaign with 405 points, finishing behind the Mercedes AMG Petronas team. For this year, Red Bull bids goodbye to their long-time driver Sebastian Vettel who signed up with the Scuderia Ferrari F1 team. With this, the team's official drivers would be Daniel Ricciardo and Daniil Kyvat.

The team hopes to have a better F1 season through the RB 11 which sports a traditional dark blue livery along with purple highlights on the sidepods. Red Bull said that the RB 11 is packed with a number of improvements along with a restyled lower nose box and a redesigned front chassis.

During the 2014 F1 season, the Williams Martini Racing finished third overall after having podium apperances at eight out of 19 races. The team's driver lineup is unchanged. It will still have Felipe Massa and Valtteri Bottas behind the wheel of the FW37. 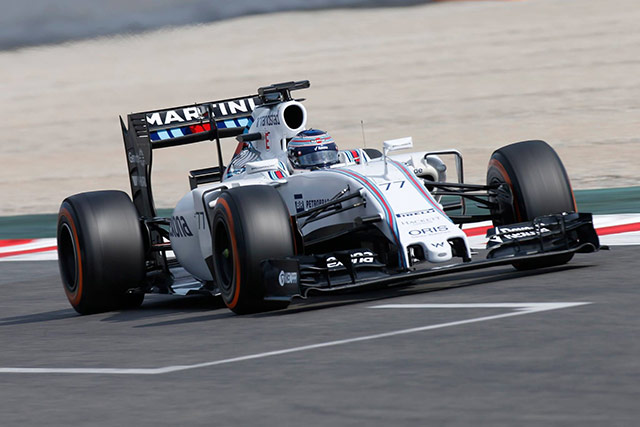 The Scuderia Ferrari had a disappointing F1 season last year as well as failing to grab a win for the first time since 1993. As a result, former world champion Fernando Alonso decided to leave Ferrari and gets on board with the McLaren-Honda team. However, Ferrrai fans still have something to look forward to as Sebastian Vettel joins the Italian team. With this, Vettel and Kimi Räikkönen will be the official drivers of the Scuderia Ferrari F1 team.

The SF15-T is the team's official car for the 2015 season. It sports a long flat nose and a “much tighter” bodywork. The team claims that the SF15-T also has a more efficient radiator design that provides better cooling than the F14 T.

Making its comebak in Formula One is the McLaren-Honda team. For the upcoming season, the McLaren-Honda has the most experienced driver line-up featuring former world champions Fernando Alonso and Jenson Button. However, the team's performance during the pre-season testing stage was not stellar. Alonso was even involved in an accident and reports state that he'll not be able to join the opening race of the season. 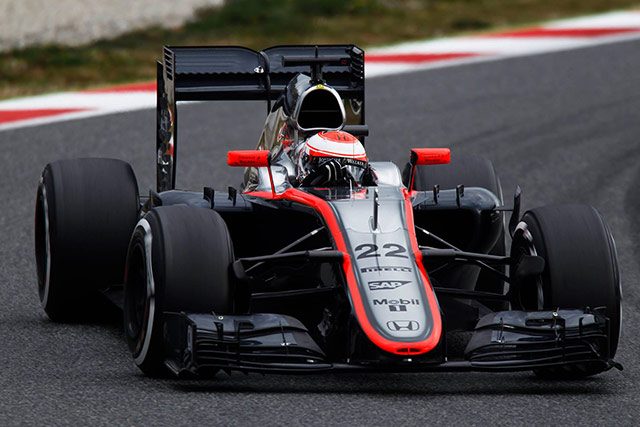 The team's challenger would be the MP4-30, McLaren's first Honda-powered F1 car in 23 years. The team claims that their new challenger for the 2015 F1 season is a “throughly refined evolution of last year's McLaren” packed with “exciting new technical DNA.”

Last year, the Sahara Force India registered its best season to date in terms of points. Sergio Perez's third place during the Bahrain Grand Prix gave the team's second podium finish. However, Perez's performance wasn't enough for the Sahara Force India to contend the world championship. For this season, Sergio Perez and Nico Hulkenberg will be the team's official drivers. 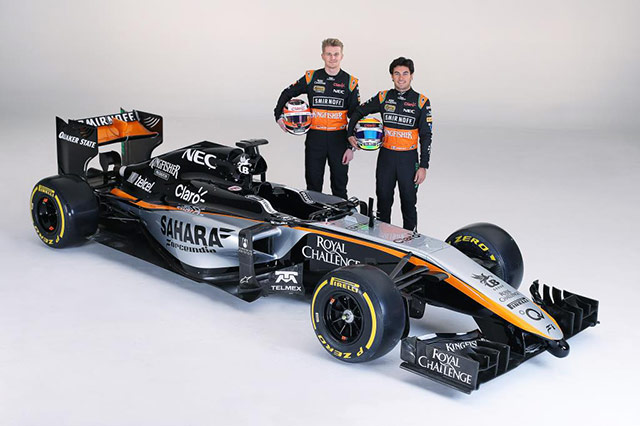 The Sahara Force India will try to deliver a better season through its VJM08 F1 car. The VJM08 sports a new livery that features a combination of silver and black with orange accent. This replaces the team's former livery of white and green. The Sahara Force India adds that the VJM08 received significant design changes such as lowering the front of the chassis and nose. It will also feature a modified sculpting of the sidepods, new cooling intakes and a redesigned rear suspension layout.

The Scuderia Toro Rosso finished in seventh place with 30 points last season. The last time that the team perfomed well was when it still had Vettel as their driver. For the upcoming season, the Scuderia Toro Rosso is placing their chances with two rookie F1 drivers: Max Verstappen and Carlos Sainz Jr. 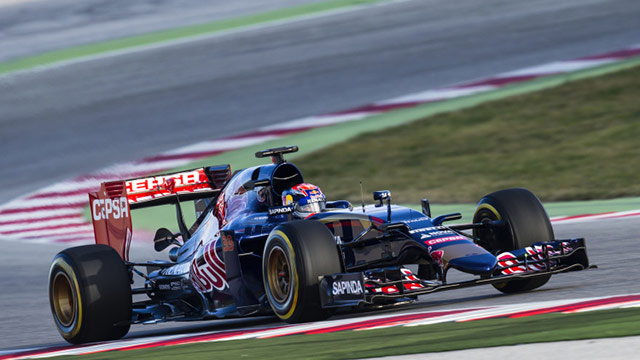 The rookie drivers will be driving the STR10 which has been produced under the technical directorship of James Key, Chief Designers Paolo Marabini and Matteo Piraccini.

After a disappointing 2014 season, the Lotus F1 Team intends to take a “massive step forward” this year. Romain Grosjean and Pastor Maldonado would still be the driver line-up of the Lotus F1 team. Last year, the two drivers weren't able to deliver postive results as the team struggled to make the E22 F1 car as a contender. 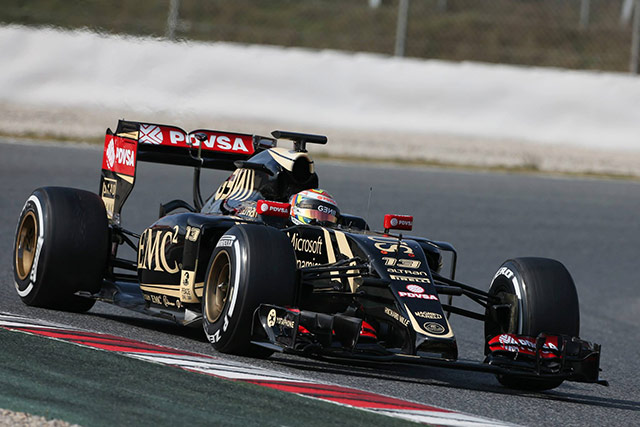 With this, the team envisions a “new era” through their Mercedes-powered E23 Hybrid F1 car wherein Lotus expects to perform “far, far better” than the E22.

The Sauber F1 team is probably the team that had the worse performance last year as they weren't able to score a single championship point. Despite the team's all-out effort, the Sauber F1 Team just fell way too short in contending the F1 world championship. With this, the team had revamped its driver line-up with Marcus Ericsson and Felipe Nasr. 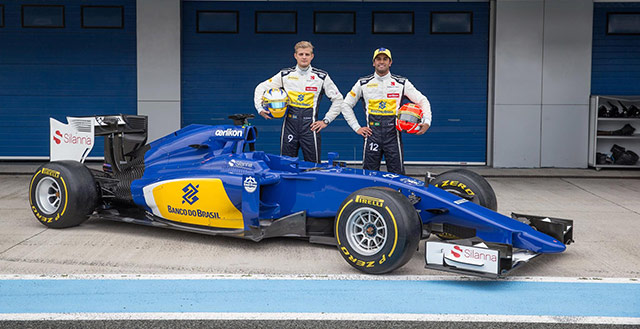 In the hopes of having a better performance, the Sauber F1 Team said that their C34 car is packed with the following improvements: performance in slow corners, weight reduction and braking stability. It also has a slimmer sidepods and an updated radiator design.

Last minute developments have made it possible for embattled Marussia to get back into the championship this year as Manor Marussia F1. A new £30 million investment from energy boss Stephen Fitzpatrick. Graeme Lowdon has been appointed president & Sporting Director, while former Sainsbury's CEO Justin King will sit on top of the board as interim Chairman. British driver Will Stevens was announced as the team's first driver and a second driver will be announced closer to the season opening Australian Grand Prix.

In a late confirmation stating "Great news! We've passed the FIA crash tests and we're all set for Melbourne. Excited much?" on their social media channels, the team has confirmed having passed official crash tests with a modified car (to conform with 2015 regulations) based on their 2014 machine.

The Marussia team declared bankruptcy in October of 2014 following the unfortunate crash of Jules Bianchi in the Japanese Grand Prix which resulted in the 25-year-old French driver battling for his life.

The 2015 F1 season kicks off with the Rolex Australian Grand Prix on March 13 to 15. For this year, fans should expect a total number of 20 races. So, which team do you think will win this season? And who do you think will be this year's number one driver? Share your thoughts below.

Grassroots revival: The return of Run What You Brung

Run What You Brung reunion brings in new blood and familiar faces.

We spend a day with Mitsubishi's rally master and a pair of electric race cars and see what the future of motorsport could be like.