Since the internet allows us to consume tons of media on a daily basis, as gearheads our news feeds will likely be filled to the brim by mostly one thing: cars. At the touch of your fingertips you can get the latest scoop from that big race happening halfway across the world. Complete with stories and – more importantly – photographs, there are plenty of individuals out there dedicated to covering these events for fans and enthusiasts that can’t be there to witness it themselves. 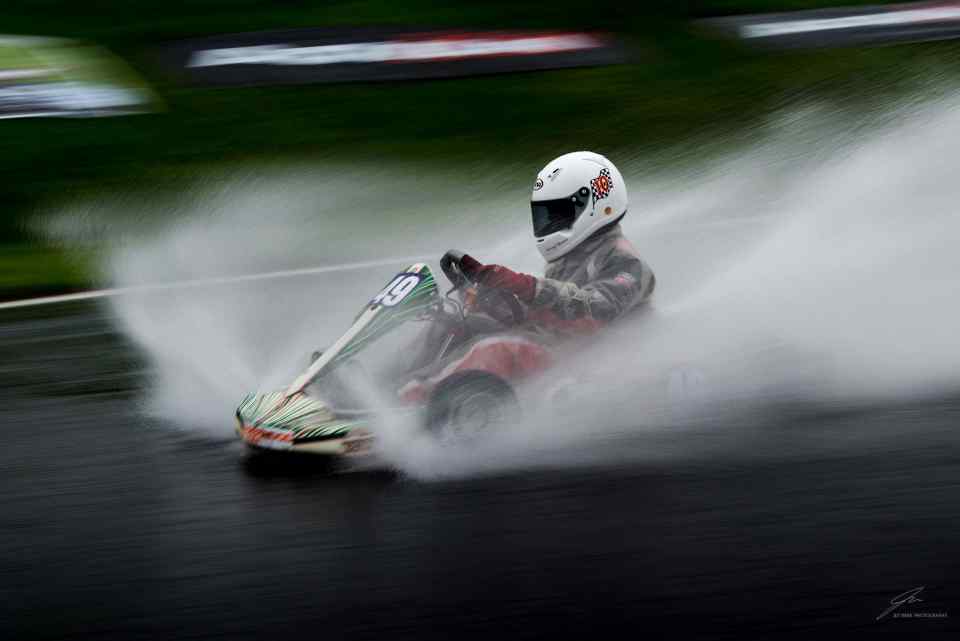 As a profession, taking photographs of the things we like most seems to be the dream job. From a third person’s standpoint, it seems perfect indeed – being paid to fly around the world to go to a big race and take photos of fancy racecars. Of course, it’s not as cut and dried as that – work is still work, and there are plenty of things to consider when going for this profession. Thankfully our resident ace photographer Jet Rabe has had his fair share of experiences covering various races around the world – meaning we can pick his brain as to how things work with motorsports photography. 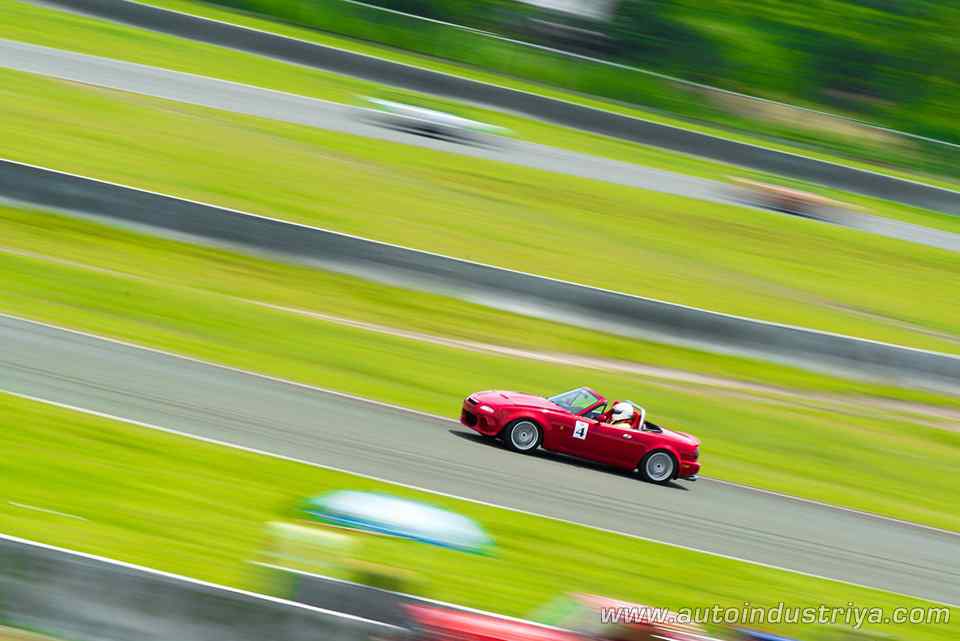 Having taken photography as a hobby in 2011, Jet’s obsession with taking the perfect shot has since been the driving force for all his adventures the world over. And considering his enthusiasm for cars and motorsports, it seemed only natural for the two hobbies to mix. “I’m an avid fan  of car racing”, says Jet. “Whenever there was a local motorsport event, I would volunteer as the photographer even without pay. I knew that I could learn new things every time I took photos of racing cars. A lot of my friends had nice cars as well so I got to take photos of their toys as well.” 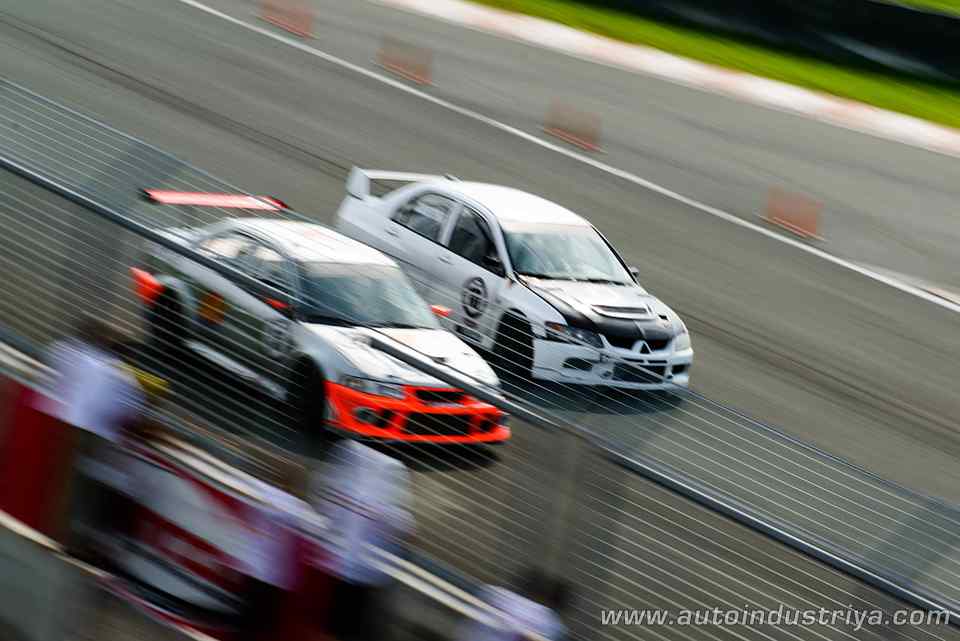 Soon after covering various local events and races, Jet’s passion for photography eventually led him to our humble pages here at Autoindustriya.com – where he continues to share some of his talented pieces till today. With connections made and talent ever-growing, Jet has been assigned to various global events since – one of the first being the Macau Grand Prix.

“I’ve been covering the Macau GP since 2012 to 2016”, says Jet. “The first time I covered Macau was in 2012, I was one of the rookies in the field (back then), armed with just a 70-200mm zoom lens, primes and a couple of wide lens.” At the time, Jet was under-equipped compared to the pro photographers he was with during the race. “I also experienced being pushed over by a veteran photographer, he was rude but as a rookie, (at the time) I feel like I didn't have the right to complain, he had the 600mm lens while I had a humble 70-200mm telephoto.” 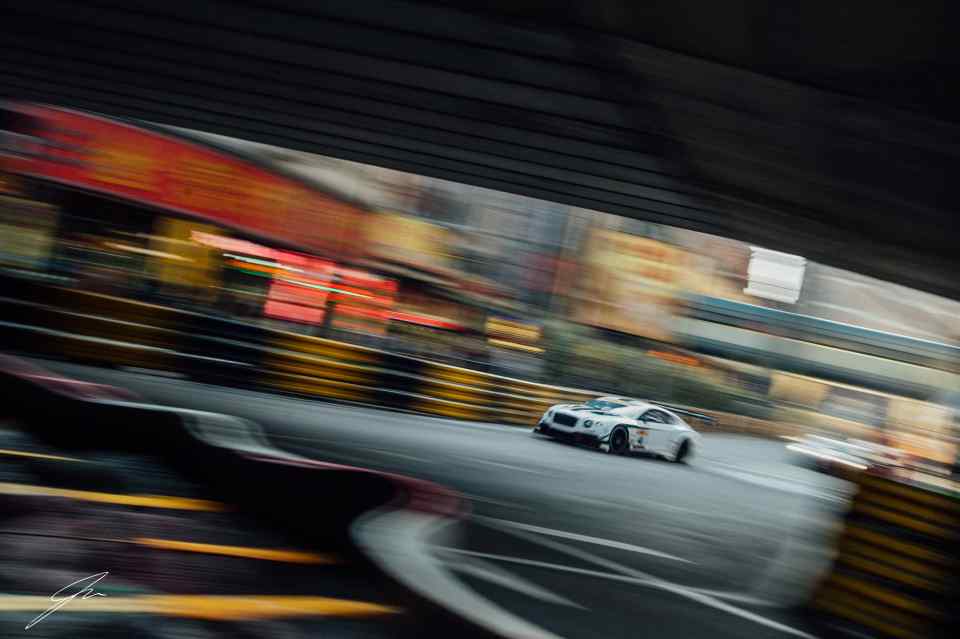 Year after year of attending, Jet finds himself taking better photos of the Macau GP – practice does make perfect after all. By roaming the city and finding many different angles of the race, Jet was able to expand his view of the action year after year.  “Sometimes I don’t even use the shuttle bus service anymore,” Jet quips, “and I just walk around the racetrack looking for new vantage points.” 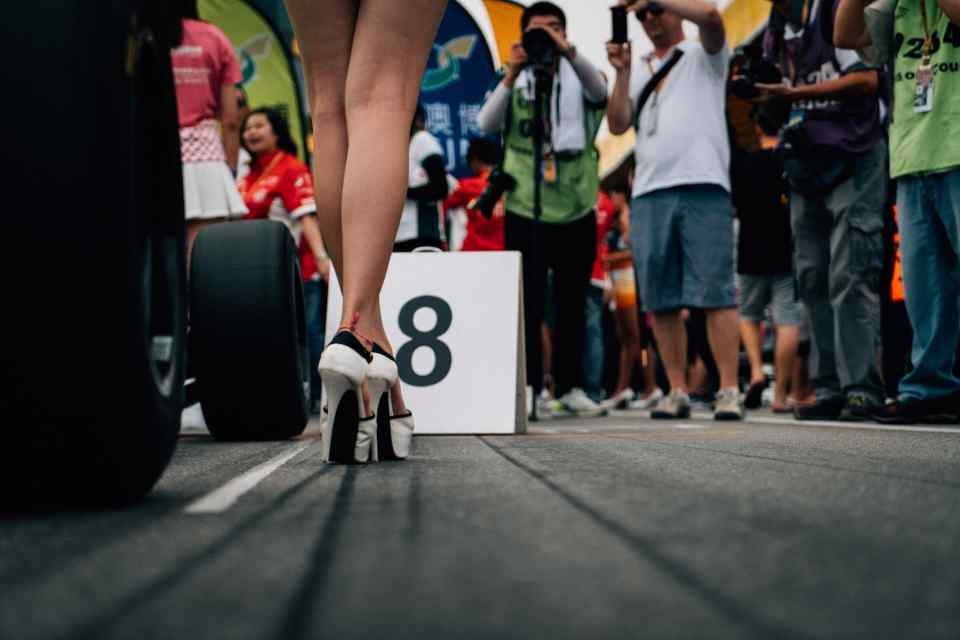 Of course, getting access to the Macau GP has its fair share of ceremonies as well; First of which of course is securing FIA Accreditation or a Media Pass. “The passes are usually handed to me before I go on assignment. The moment I get my hands on a media pass I feel a mix of emotions inside me, knowing that I will once again embark on a journey and be on the racetrack. I can already imagine the things waiting ahead.” With enough lenses, camera bodies, and all the firepower he’ll need, Jet then goes solo on his trip to Macau. 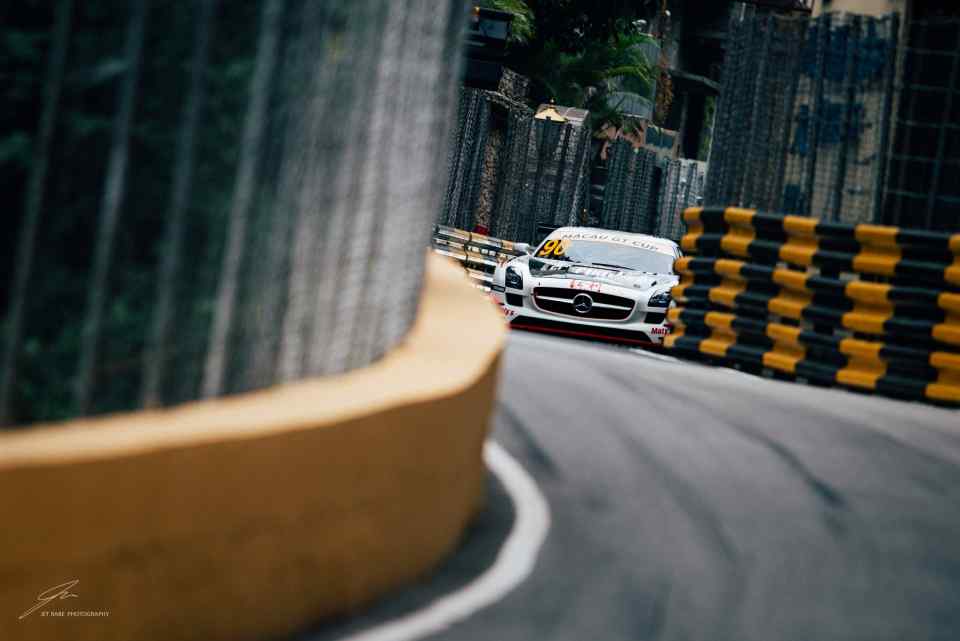 The first day of his trip is pretty much the routine of having to gain accreditation. Going to press booths, handing and signing of documents, going to the media center to receive locker keys and media tabards, and setting up all the gear are all standard fare before getting into the action. “The first day at the track is usually the most relaxed day of my assignment. I just walk around the pit garages and take shots of anything I see inside.” 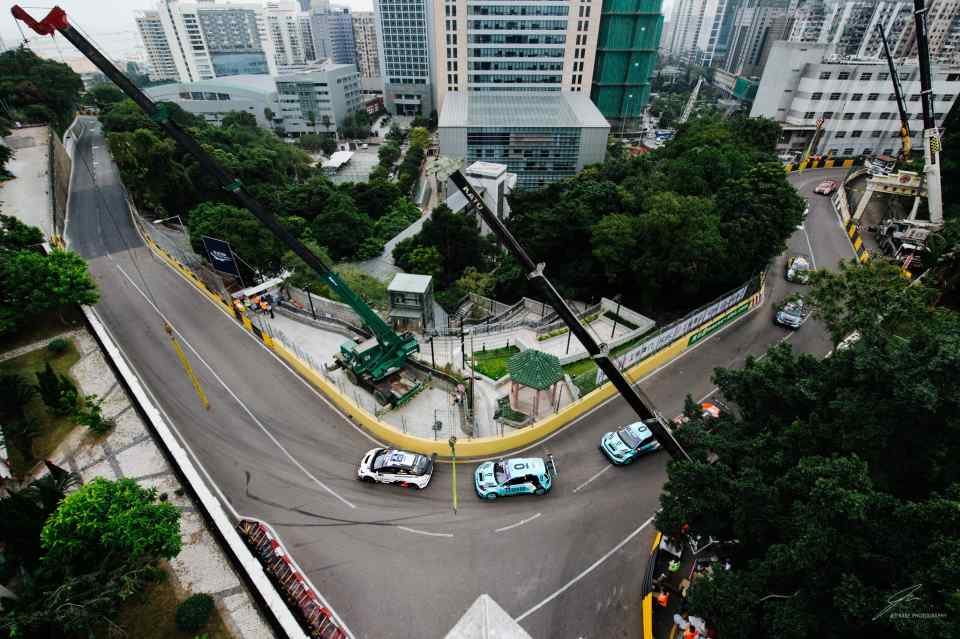 “The practice sessions the next morning allow me to get creative,” Jet explains, “I can just go to any spot and shoot without minding the race schedule. No pressure at this point: I just roam around the racetrack, the pit garages, check out the race cars, and talk to the mechanics (some of them are even Filipinos).” Apparently, planning your shots and positioning during the race is actually harder than it looks. Given the tight schedule of the Macau GP, if you don’t stick to what’s going on around the circuit, chances are you’ll lose sight of a huge chunk of action as you move from one spot to the next. There were even times that Jet had to make sprints with 30 kilos worth of gear from one spot to the next – all for a single shot. Talk about running and lifting weights at the same time. 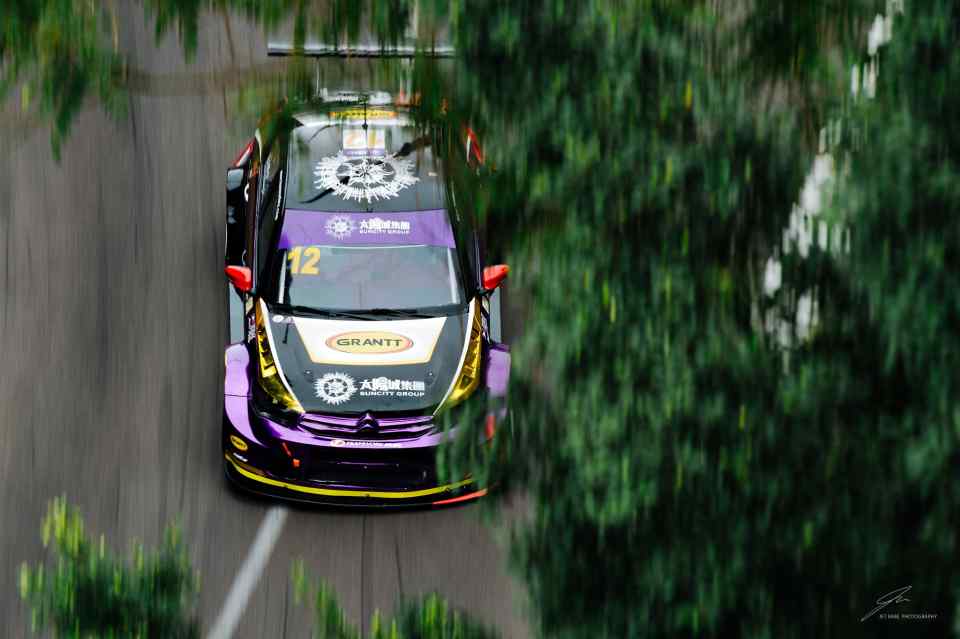 Racedays are when all the planning and time crunching has to be executed flawlessly. “You have to think fast, know your angles, plan your day and be ON time before a race starts. With it being a race, cars will be at full pace so you have to be at the ready for the shot - and you also have to be alert on any incident that will happen.” That said, Jet usually reserves his spot for the photographer’s bunker (a special photographer’s booth that usually gives you the best line of sight for race starts). “The first corner is usually the place where the cars collide. So you got to be ready at any moment.” 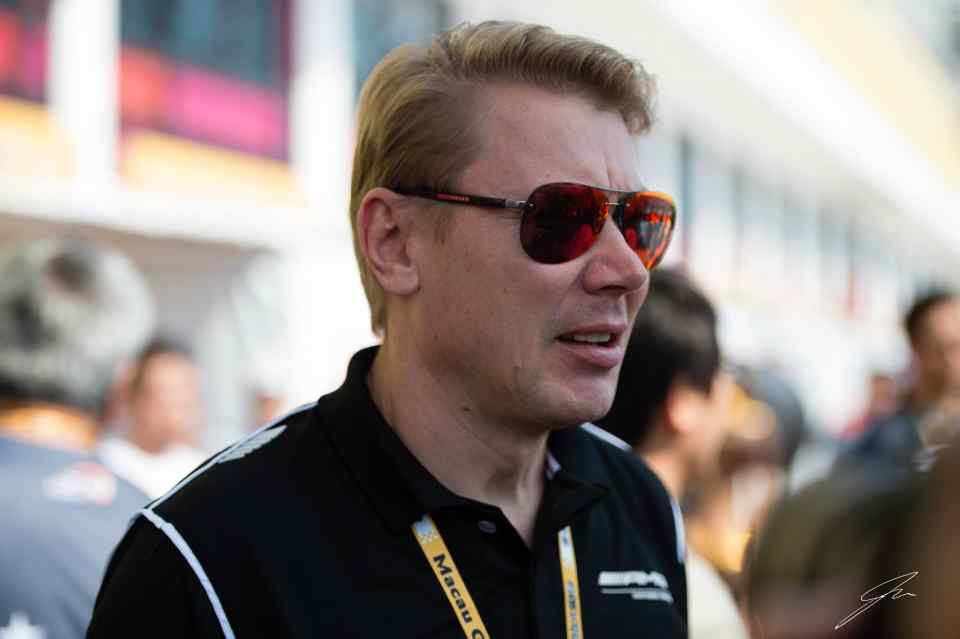 After years of covering the Macau GP, suffice to say there’s some perks to be had as well. “I got to meet some of my childhood racing idols, like Mika Hakkinen for example. I was within reach of him and he doesn’t care if people flock and take photos of him,” Jet quips. 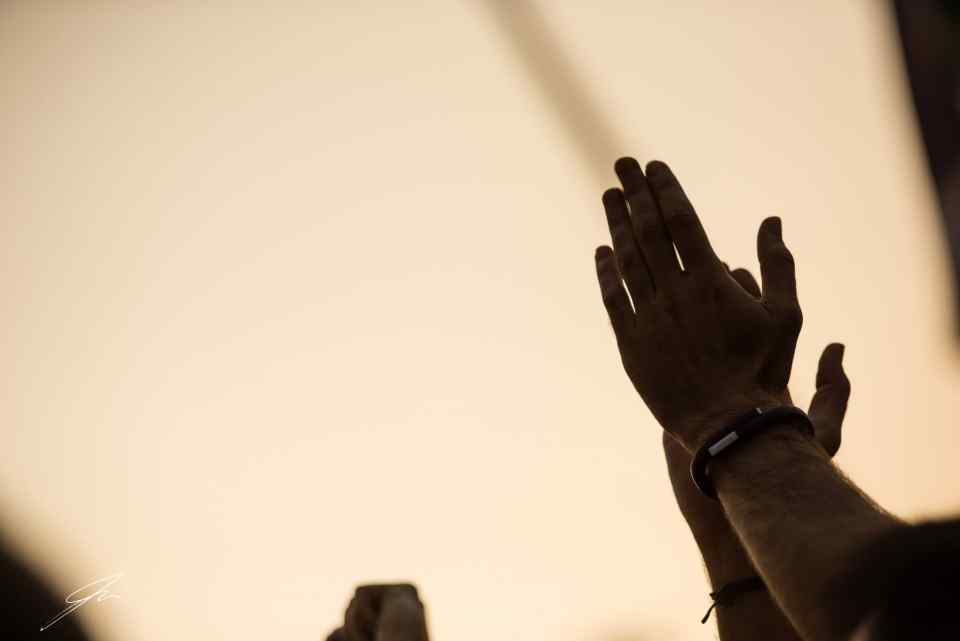 Egress and finishing the event can get tiring as well. “I experienced having the same flight on the last day of the grand prix, and that was unforgettable since I was on a tight schedule and people, mostly the spectators, were leaving the track already so I was really pressured to get back to my hotel. I had around 2-3 hours of time to pack up and leave. That was horrible, so from 2013 onwards I started to book my return flight a day after the last race day.” 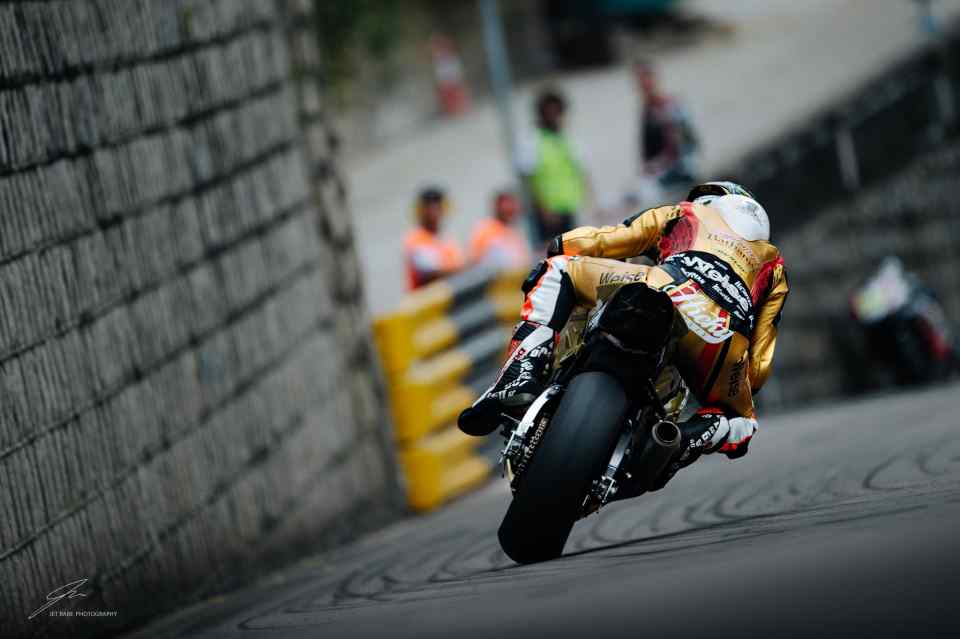 Aside from the Macau Grand Prix, Jet has been to other races in other continents throughout the years as well. Stay tuned as we continue with his stories soon.