For the second installment of our sit-down with our resident ace photographer Jet Rabe, he continues to talk about his other experiences attending races across the globe. If you’ll recall last time, he shared his beginnings with professional motorsport photography by elaborating on his experiences shooting the Macau Grand Prix for several years. After earning his chops taking photos of local races and regularly for Macau GP, Jet now ventures a little farther away to quench his thirst for the perfect shot. 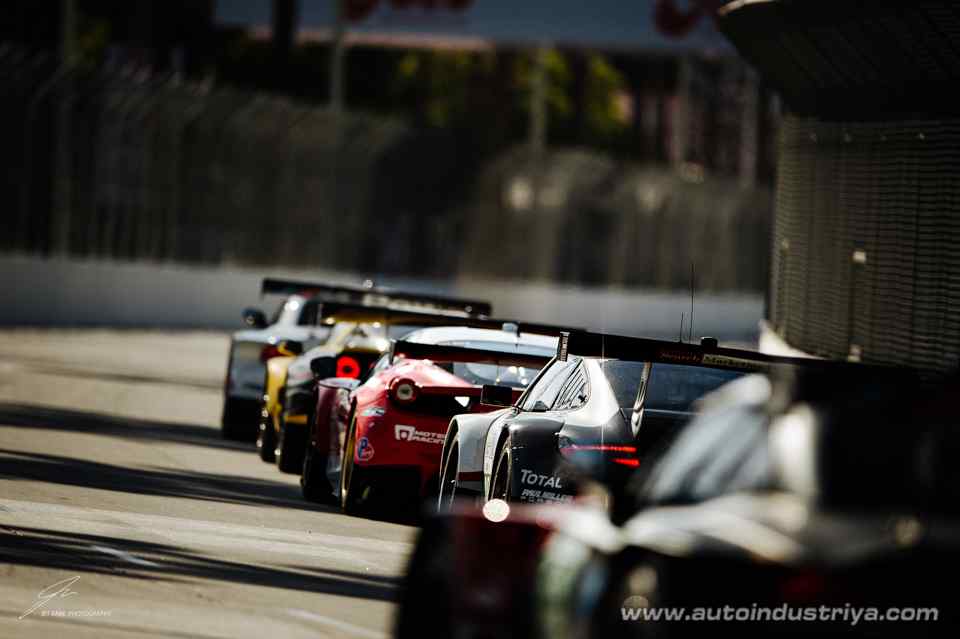 “I was able to acquire a media accreditation of Toyota Grand prix of Long Beach back in 2013,” Jet recalls, “it was a special event for me since it was also the first time I got to experience shooting motorsports in the USA. And just like the Macau Grand prix it was a big event with lots of different races.” The Long Beach Grand Prix, if you’re unfamiliar, is a motorsports festival that kicks off the racing season stateside. With the event playing host to the American LeMans Series (ALMS), Indycar, and Formula Drift, the Long Beach Grand Prix lends itself to various opportunities to capture very different disciplines of motorsports. 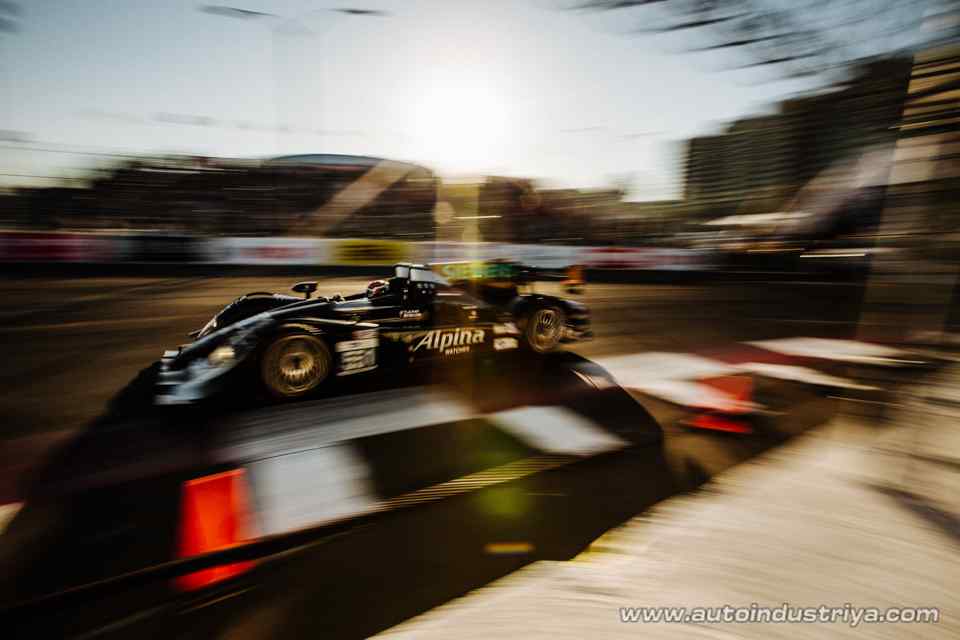 “Shooting in the US is kind of the opposite of Macau, the marshals are lenient and will let you shoot closer to the race cars. I was with a good friend who was from LA and has his own motorsports website to help with finding good locations. (From my impression) the Long Beach Grand Prix is more of a family-oriented event where people treat it more as a festival rather than serious racing.” It appears then that the culture of a race venue plays a huge factor in setting the mood for the event itself – another clear cut lesson that Jet was fortunately able to experience first-hand. 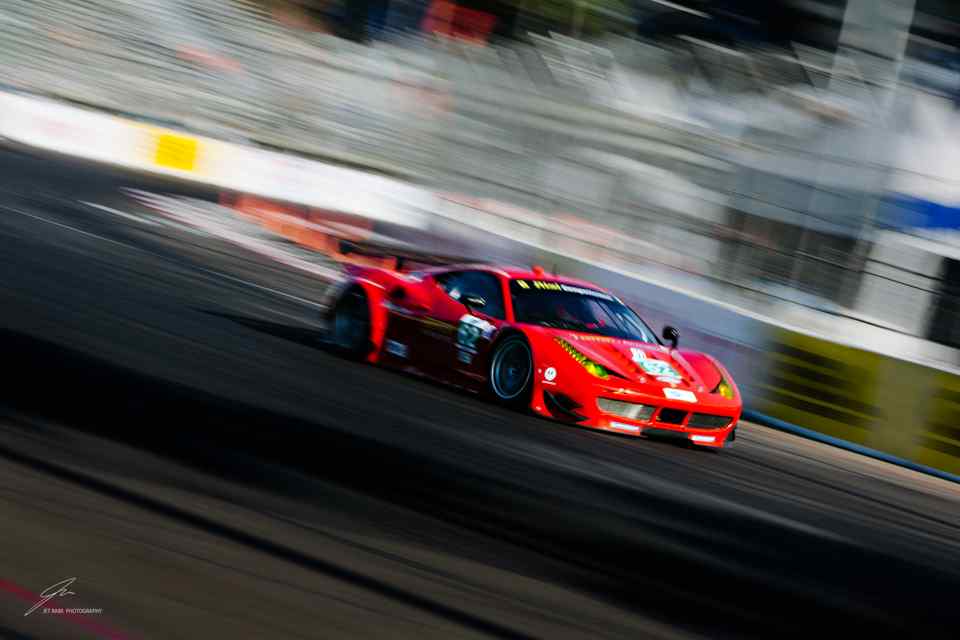 Another prominent moment of Jet’s trip to Long Beach was seeing some of his idols in action. He particularly recalls how he was able to rub elbows with one of the best photographers in the motorsports industry: Larry Chen. “I remember shooting in one of the fences and he was just right there beside me shooting… with a cellphone! I was practicing my panning that time with a DSLR while he shoots with his smartphone. I got a glimpse of his shot and saw a crisp panned image of the racecar. That was pure skill right there.” 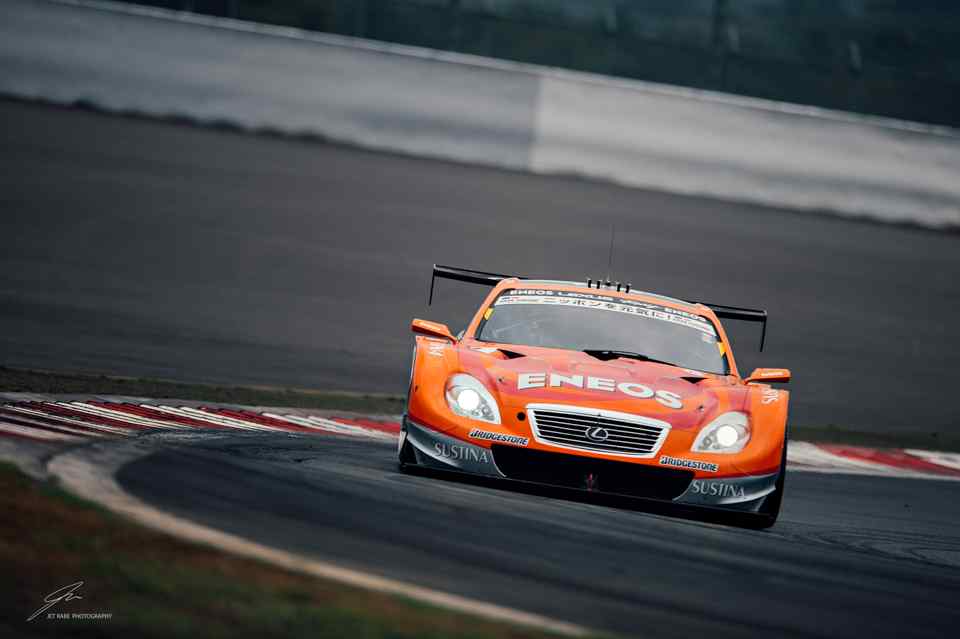 After his stint in Long Beach, Jet then attempts to shoot a round of Super GT at Fuji Speedway in Japan. Much like any tourist that heads to the land of the rising sun, Jet’s trip to Fuji Speedway was faced with a common (yet annoying) problem: the language barrier. “Going to the Fuji Speedway, I took a bus to Gotemba City then a taxi from the bus station to the hotel. (Upon getting to the hotel) I found myself in the middle of the forest and I realized that I have no means of transportation because the hotel is 1 hour away from the circuit! I was really lucky to be able to go back and forth to the racetrack thanks to another visitor who spoke to the hotel owner about my problem. The kind owner then offered to bring me back and forth to Fuji Speedway over the course of my trip.” 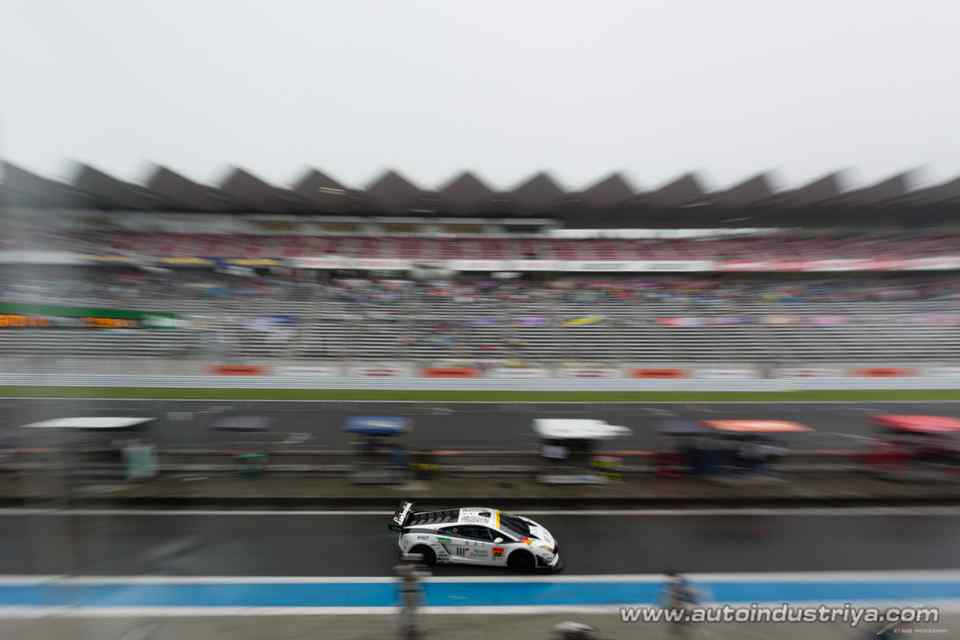 Once his logistical issues have been sorted, Jet was rewarded with a convenient experience using the circuit’s facilities throughout the trip. “Shooting in Japan is a very relaxing experience,” Jet quips, “the facilities of Fuji Speedway is top notch, very clean and organized. They have large spaces and the food was great! Everyone you meet is super kind and they will assist you in any way they can. You can even leave your things/gears unattended ANYWHERE and nobody will even try to touch your belongings.” Even within the track, people were ready to help Jet as he figured his way around the circuit. “I fondly remember the one person in the whole media center crew that speaks in English. He does the all the english announcements as well as reminders for press to follow. This media officer was kind enough to separate me from the group and brief me about the rules in English too. He (eventually) became my go to guy as well!” 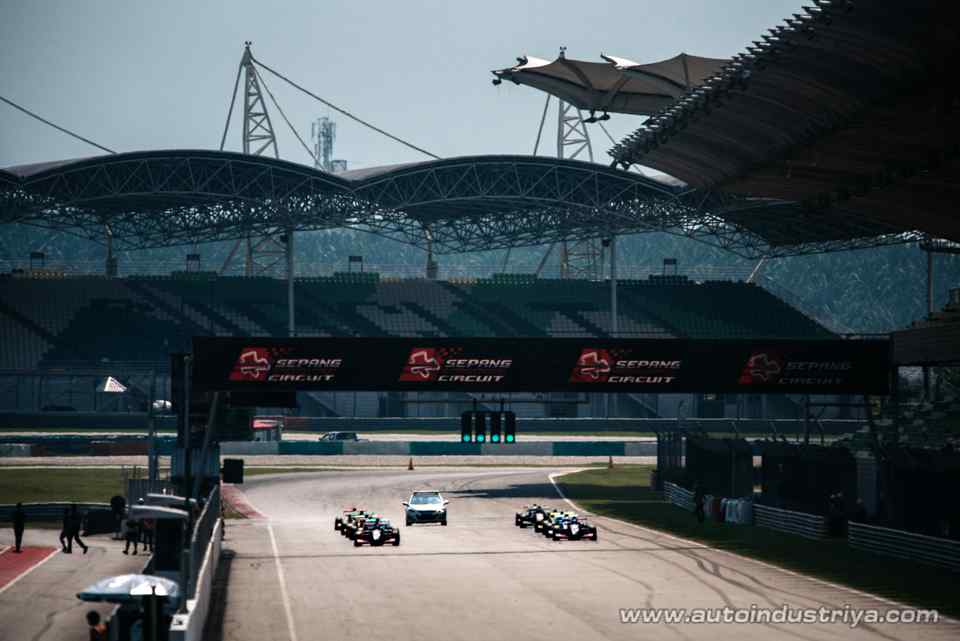 After several years of shooting motorsports, Jet has been on a hiatus the past few years to focus on other responsibilities life has to throw at him. More recently however, he was once again able to shoot outside of the country upon the request of a local talent to accompany his team and cover Formula Renault 2.0 at Sepang Circuit in Malaysia. Jet took this as a chance to dip his feet once again into shooting motorsports. 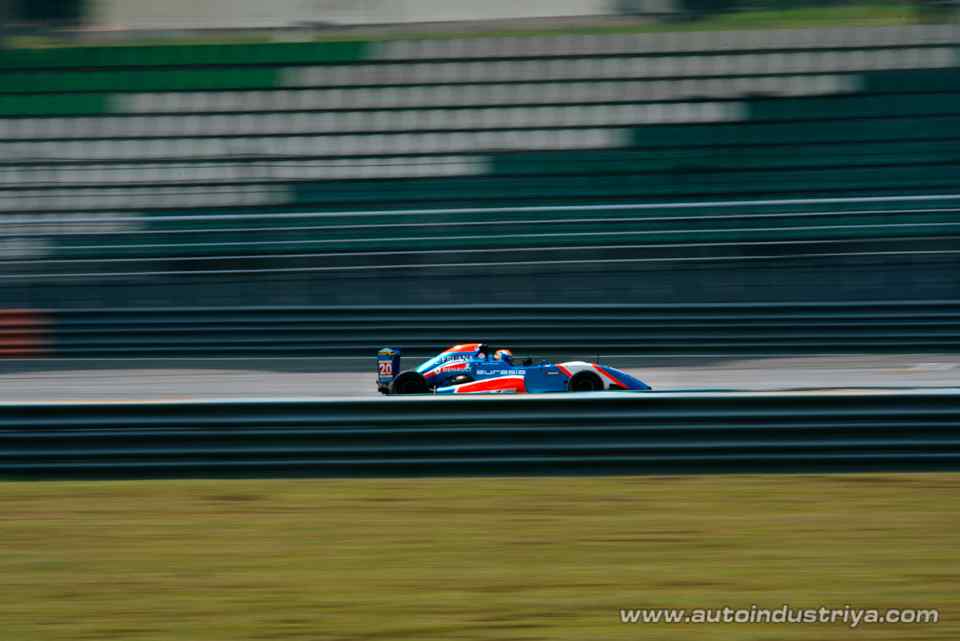 “It’s been quite a while since I shot a motorsports event that isn’t the Macau GP. I had 2 days notice to get this done and luckily I was able to get there on time (albeit) on a really tight schedule. One of my favorite shots was taken just after we landed at the airport and headed to the track. It was joy to once again see, smell, and hear all the visceral noises that the racecars make. I’m back and ready to once again carry my 30-kilograms worth of gear around the track. I felt rusty and needed to get my bearings back again. I was assigned to shoot a young talented Filipino, and true enough he got into the podium twice, both coming in 3rd place. Carrying all the equipment and getting all the passes seemed new again for me, it was a refreshing feeling. The 2-day shoot ended up as one of my best race weekends; It was not too crowded, very laid back, and the vibe felt as if I was just in Clark Speedway watching a trackday.” 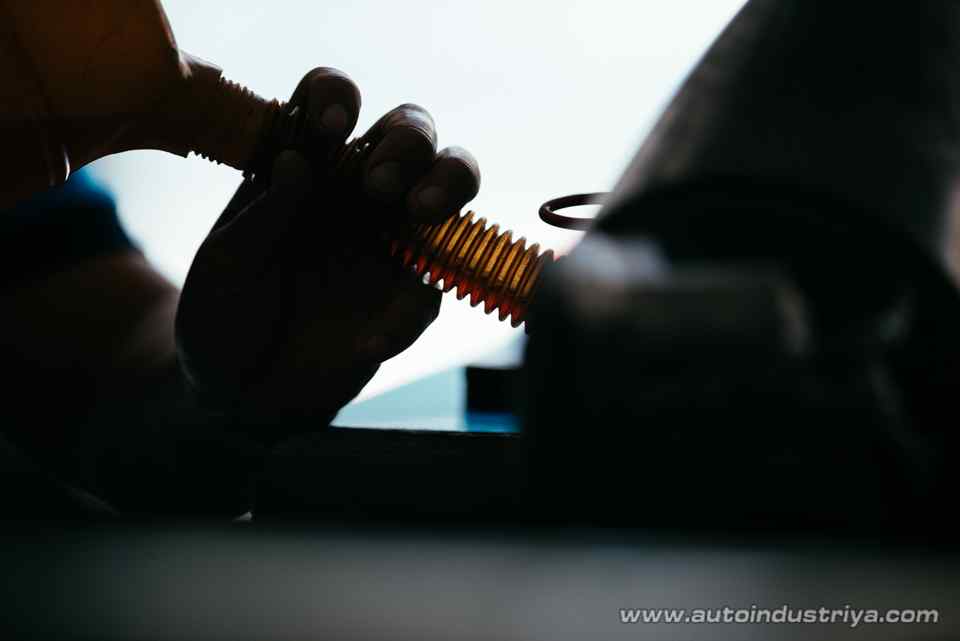 While Jet is getting back into the groove of shooting international motorsports, we look forward to seeing more of his work in the years to come. For now though, we leave part 2 with these three adventures. As for our third installment, we’ll cover Jet’s adventures shooting races in mainland Europe. Stay tuned!

Enthusiasts get a fun re-introduction to rallying in Pampanga

The sights, sounds, and smells of the King of Nations drift competition at Clark