Two-time Academy Award winner Ron Howard directs the film recreation of the rivalry of James Hunt and Niki Lauda, one of racing's most intense rivalries.

The biopic follows James Hunt and Niki Lauda, two of F1’s biggest names during the 1970s with Chris Hemsworth (Thor, The Avengers) as the charismatic Hunt and Daniel Bruhl (Inglorious Basterds) as Lauda.

The film explores their lives on and off the track, and what it takes to endure the physical and psychological pressure of racing. The contrasting personalities of the two drivers are expected to create an interesting plot that will add more color to the whole F1 mythos. 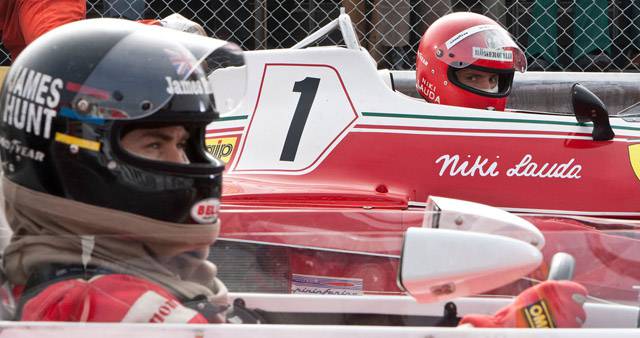 James Hunt, who earned the nickname ‘Hunt the Shunt,’ began his racing career with touring cars. From that point, he progressed into Formula Three then to Formula One until his retirement during the 1979 season. He continued his presence in the racing scene as a commentator in BBC where he pressed on drivers who are not ‘trying hard enough.’ Hunt died at an early age of 45 in 1993 due to a heart attack. Despite death, he was able to influence current racing drivers like Kimi Raikkonen.

Niki Lauda on the other hand, started with a Mini in 1968 before making way to Formula Vee and Formula Three. By 1972, he made his way into the March Formula Two and Formula One teams. His stint with Ferrari that lasted from 1974 to 1977 furthered his racing career and gave him the monicker ‘The Computer.’

Are you prepared for Rush?

Priding itself as the only Audi one-make racing series around the world is this: the Audi R8 LMS Cup.

Michele Bumgarner is joining the 'Mazda Road to Indy' driver development program campaigning in the Pro Mazda Series in 2014.

Does the 2018 Toyota Rush drive better than an Avanza?

2018 Toyota Rush sets its sights on the Honda BR-V

Toyota PH just turned 32 and here are their greatest hits