Each year, motorsport stars and champions from different disciplines are invited to compete in the Race of Champions since its inception in 1988. The event was conceived by IMP (International Media Productions) President Fredrik Johnsson and female rally driver Michele Mouton to celebrate the 10th anniversary of the World Rally Drivers Championship originally created as the ultimate race between international rally stars. It was held in Paris also as a memory of Henri Toivonen, who died in the Corsica Rally in 1986 while leading the championship. The Toivonen is still awarded to the winner of the ROC each year.

In 1989, the Race of Champions adopted a parallel track format at the Nurburgring, which has been used ever since. It was the first race to ever do so. It soon found its home in the Canary Islands from 1992 to 2003, the event has since moved to some of the world’s most evocative stadiums like the Stade de France in Paris, London’s Wembley Stadium, and the Birds Nest Olympic Stadium in Beijing. 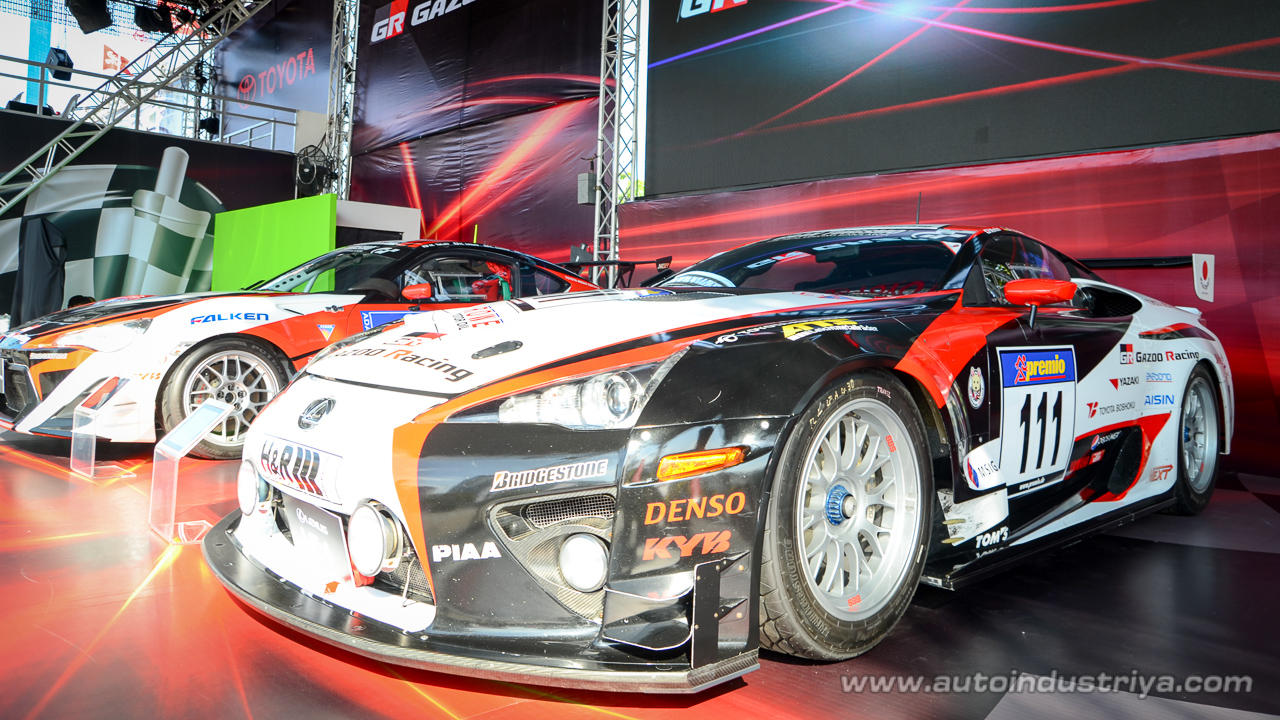 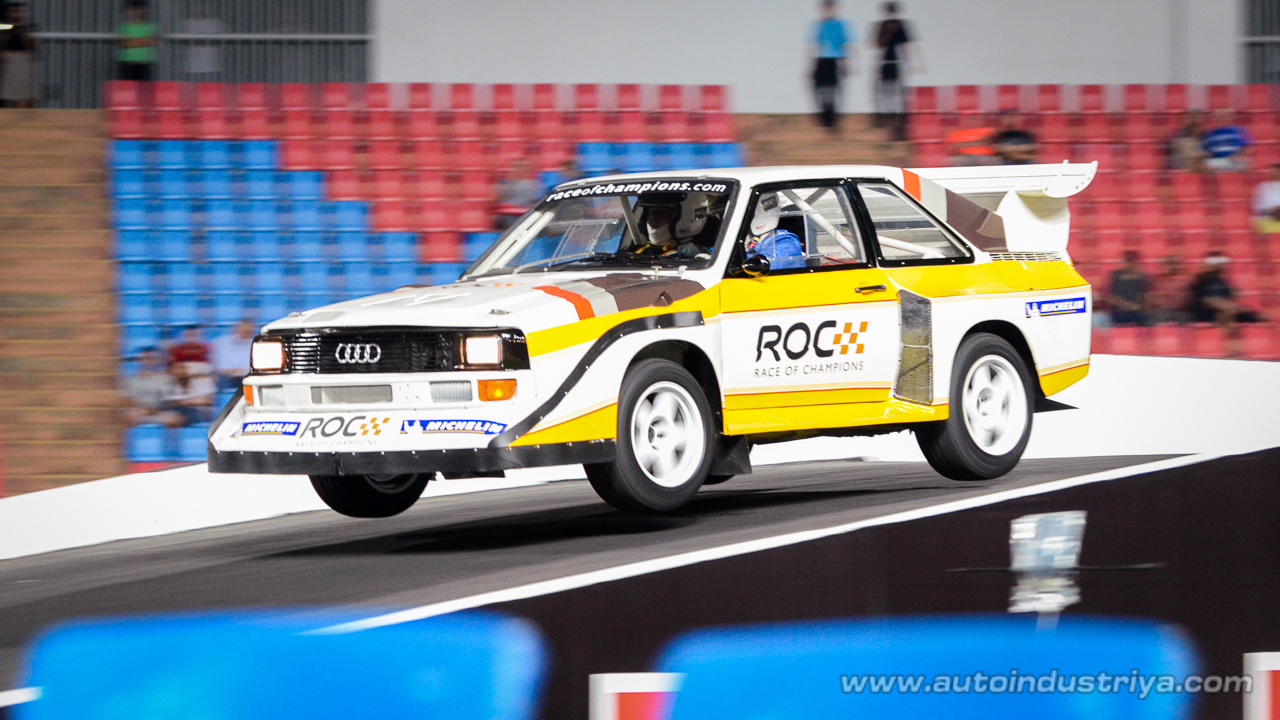 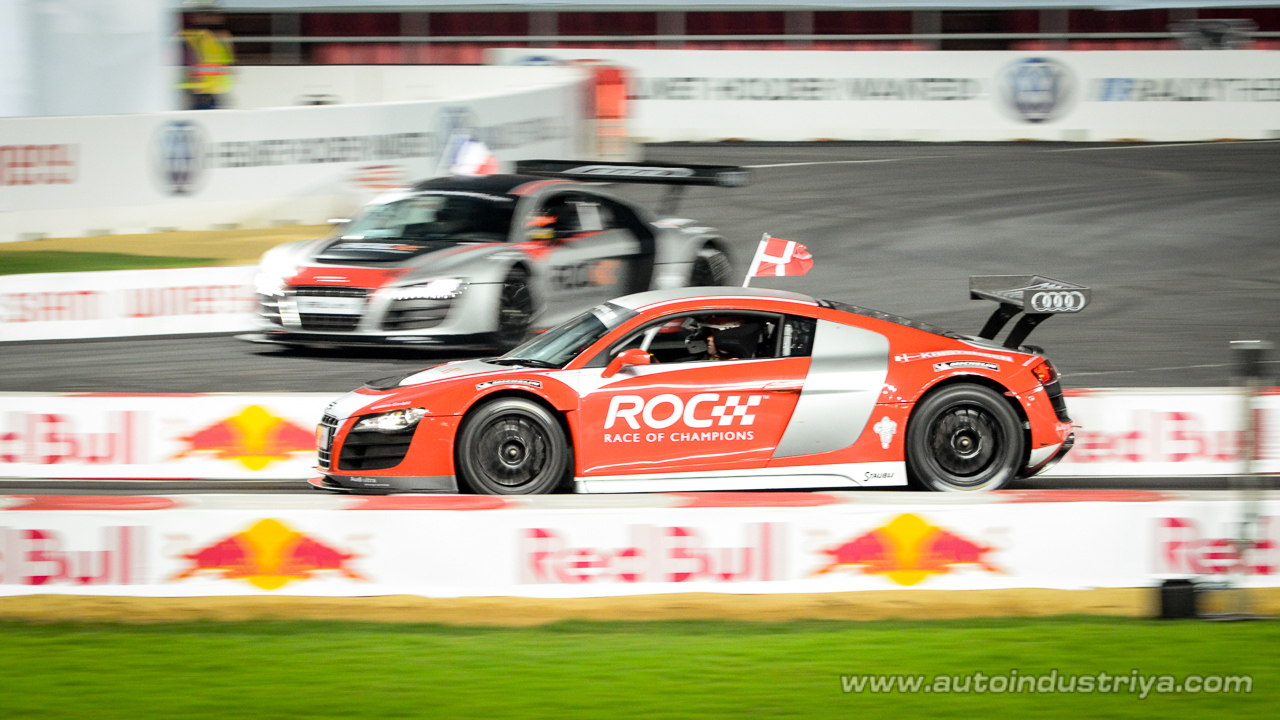 Bangkok hosted the Inaugural ROC Asia Cup with Indian drivers Narain Karthikeyan and Karun Chandhok bagging the win . The Indian duo joined forces for the very first time in their ROC debut appearance. They topped the group eliminations with four wins out of six, making them the favorites in the finals.

The Indian drivers faced off with the Japanese drivers Ohshima and Iguchi in the finals. Both Karthikeyan and Chandhok bested their Chinese rivals to take the title. Team India gained the right to represent Asia in the ROC Nations Cup along with host country Thailand. 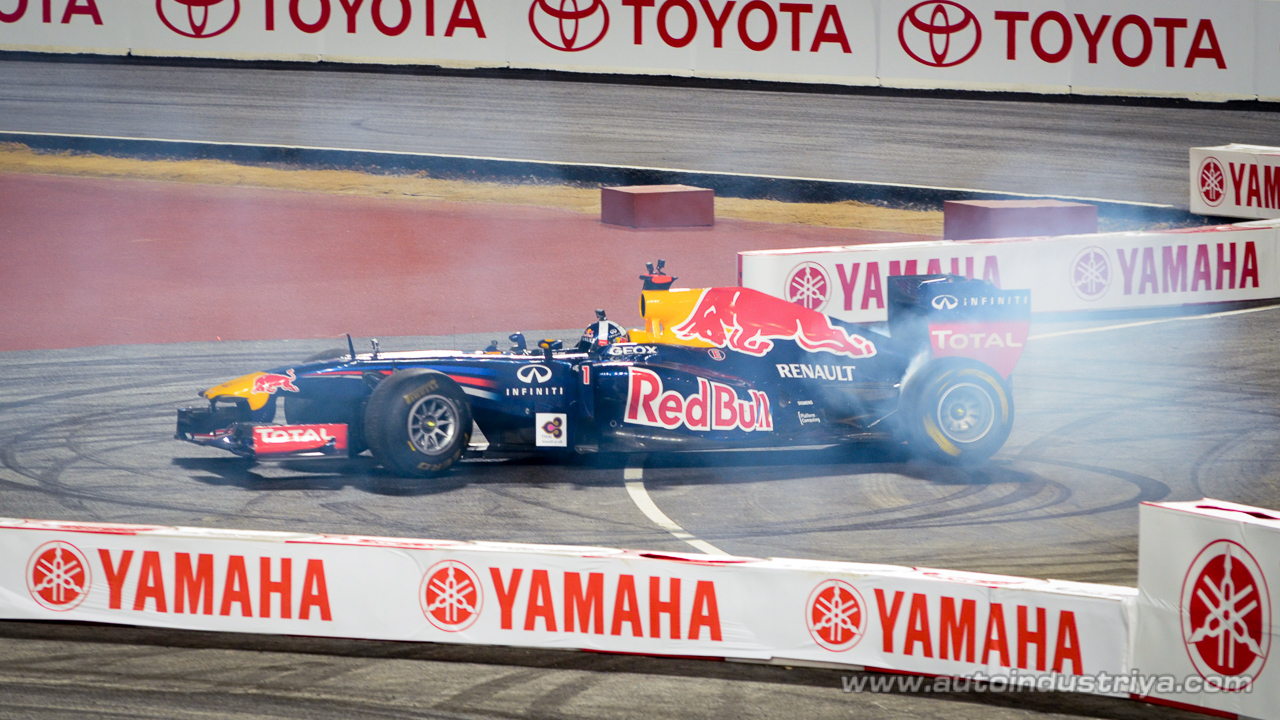 Motorsport legends from different disciplines raced for national pride in the Nations Cup the next day. German drivers Michael Schumacher and Sebastian Vettel added another title to their already successful racing careers as they won their sixth straight ROC Nations Cup at the Rajamangala National Stadium in Bangkok, Thailand. The Germans competed with seven other teams making a clean sweep including a final showdown with French drivers Romain Grosjean and Sebastian Ogier.

The main event of the ROC is about finding the champion of champions. Fresh from his runner-up finish in the Nations Cup the night before, French Formula 1 driver Romain Grosjean bested 15 other motorsport stars including F1 superstars Michael Schumacher, Sebastian Vettel, and David Coulthard; Le Mans legend Tom Kristensen; and 2011 titleholder and fellow Frenchman Sebastian Ogier in the 2012 Race of Champions. Grosjean was crowned Champion of Champions after an evening of thrills at the Rajamangala National Stadium in Bangkok.

The Race of Champions is a one-of-a-kind experience that puts together the world's motorsport stars competing against each other in a weekend of events. Luckly for us in the far east, the event has made its way to Asia. It made its Asian debut in 2009 at the Bird's Nest Olympic Stadium in Beijing, China and makes its ASEAN debut in Bangkok this year. Notable guests at this year's ROC included Lamborghini President and CEO Stephan Winkelmann. The event organizers are also looking to hold more events in Asia. Who knows, we just might be able to host one in the Philippines in the near future.

At the age of twenty two, Filipino-Swiss driver Marlon Stockinger is on the cusp of something great.

In pursuit of Ecopia

After pushing the latest Potenza models to the limits on the tarmac of the Batangas Circuit, and after dancing in the dirt with the latest Dueller tires at Clark Speedway's rallycross course