Recently Berjaya Auto Philippines made an announcement that they were going to support a driver for something great, pledging to help Michele Bumgarner on the road to racing aboard Indy cars. 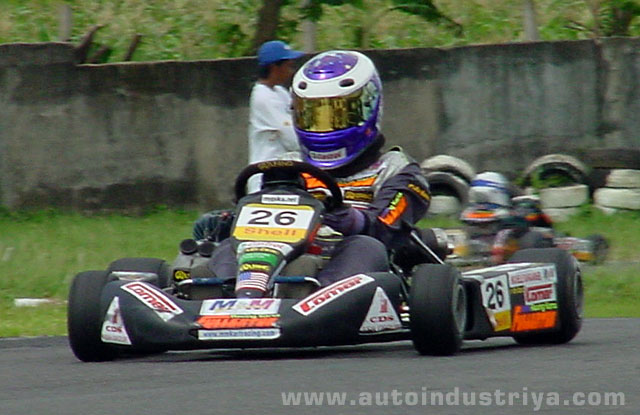 Michele Bumgarner is half American and half Filipino, getting her start in racing through her father: businessman and racer Lee Bumgarner. Lee competed in the National Karting Series during the 1990s. Back when little girls were busy playing with Barbie Dolls and the more active ones were playing sports, Michele got on her first go kart drive at the age of 7 and never let go of the steering wheel. Her father used to own the kart track in Subic Bay along with veteran racer Mike Potenciano.

Michele will be part of the 'Mazda Road to Indy' driver development program campaigning in the Pro Mazda Series in 2014. The program was initiated in 2011 to help more drivers progress by offering scholarship funding for champions at each level to advance to the higher categories. The current roster of competitors in the series include 2012 USF2000 Champion Matthew Brabham, grandson of Formula One legend and three-time world champion Jack Brabham.

She will campaign under the Philippine flag and will drive 260 horsepower Mazda Renesis-powered open-wheel cars with Hewland six-speed sequential transmissions. She is no stranger to the cars, having raced in the Star Mazda in 2008, but will now be backed by Mazda Philippines through its distributor Berjaya Auto Philippines. 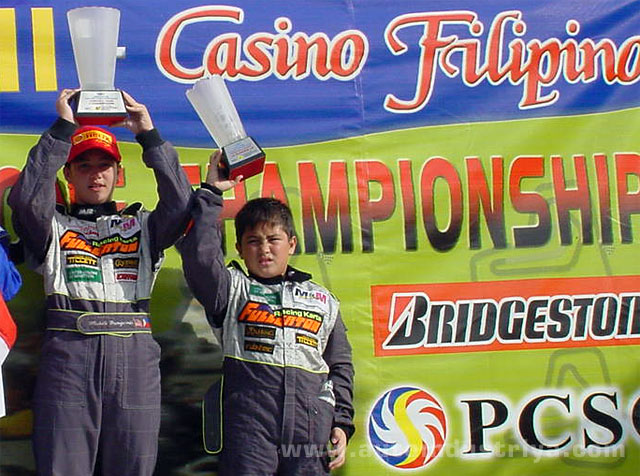 AI: How did you get into racing?

MB: Me and my brother Mark used to drive the fun karts in Subic when we were kids. When my dad bought Mark his first go kart and started racing at the age of 5; I kind of got jealous and bugged my dad that I wanted to get into it too. I got a 60cc cadet kart and really enjoyed my first year of racing, I was just having so much fun competing with other kids too. Although I was actively competing in tennis at that time too. But the thought of being where I am now never occurred to me then. Back then, it was just being a kid and having a cool sport to be in and enjoying it.

AI: So you were doing both tennis and racing at the same time? How were you able to balance that?

MB: Yes. I was competing in tennis tournaments and racing karts at the same time. It was manageable at first, but the schedules would eventually clash and my dad made me pick between the two. I obviously picked racing because I thought it was so much cooler than tennis and also because not much girls were into it too. 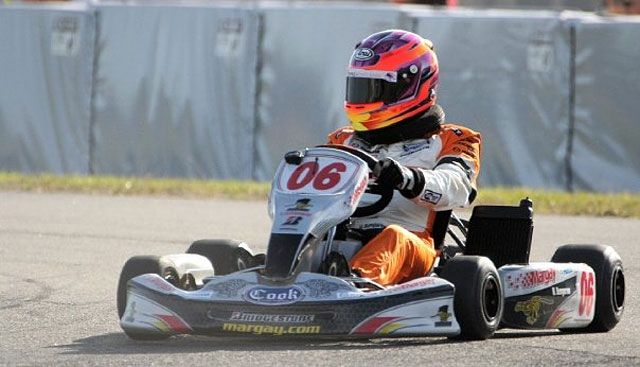 AI: How long were you in karting? What events did you compete in?

MB: I was in karting until about 2005. I competed in the ICA Class locally, where we ran in national events in the Philippines. I competed in the same class as well in European events, it was next to the top tier Formula A Class in 2005 and 2006. 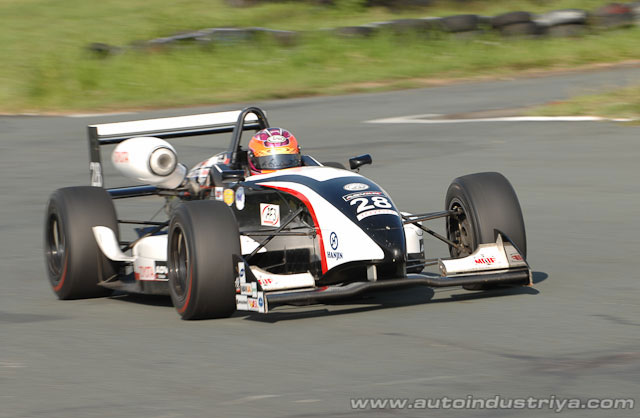 AI: What other events have you competed in after karting?

MB: I as was able to drive Philippine Formula Toyota in 2004 at the age of 14 briefly before my European karting stint. I drove in the Asian Formula 3 promotions class in 2006. Tito Eddie (Pena), then Chairman of AF3 and told my dad he wants me to drive in his series. After a successful testing session, I found myself behind the wheel of the F3 cars driving in Batangas and Sentul with Mark Goddard’s team. We went to Star Mazda after that driving Formula Mazda cars. I was signed by Newman Watts to drive Formula Atlantics right before Paul Newman passed away, unfortunately their racing plans were shelved after his demise.

AI: What races are you planning to run this year?

MB: Depending on how things go with preparations and testing, we hope to run in the last three races of the season to practice for next year. Mid Ohio in August; Three Rivers, Canada the following weekend; and Houston in October. The last two rounds will be on street courses, which I really like, so I’m really looking forward to run.

AI: What preparations are you making right now?

MB: When I’m in the Philippines, I go to the gym and play tennis.  I’m doing a lot of physical and mental preparations in the US. I’m part of the PitFit driver training program which is an intensive motorsport program. I go to RaceCraft 1, which is owned by Kelly Jones, a friend of my dad who used to race in the Philippines. Conveniently, its right next door to the PitFit gym. The simulators save a lot of time and I go there for a few hours before going to a new track for testing.

AI: Since you mentioned simulators. What do you think of them?

MB: Honestly, I was never really into racing games on any console. So I’m really a beginner with simulators in general as well since we never had any facility in the Philippines. It does help you craft, and I think it saves a lot of time and resources especially when you’re going to a new track. Instead of having to figure out the track when you’re there, you can learn it on the simulator.

AI: Who are you expecting to race with in the Pro Mazda Series?

MB: There’s Matthew Brabham, the grandson of Jack Brabham whose leading the championship. There other drivers are either graduates of the USF2000, Skip Barber or LatAm series. I will be the only female driver this year if I run.

AI: So basically the champion of Pro Mazda would get to move to Indy Lights already?

MB: Well not automatically, they give scholarship funds but you still have to get your own sponsors. Right now they are making it more affordable for drivers to move up. It does help you get a seat of course. That’s why we’re really focusing on the championship next year and hopefully get to move to Indy Lights after. And ultimately, the IndyCar Series in another year or two.

AI: Who is your favorite IndyCar driver from the current roster?

MB: From PitFit, I do get to train with most of these drivers; so I know most of them personally. But I root for Scott Dixon, James Hinchcliffe and Will Power, because I’ve become really good friends with them. It’s different when you’re rooting for someone who you actually know. But I would still root for Scott and James even if I didn’t know any of them.

AI: Who is your favorite F1 driver?

MB: From the beginning, I’ve always loved Kimi Raikkonen. We were in Malaysia when he won his first F1 grand prix and I’ve gotten my kart signed by him. And he has always been a favorite. I’m really glad to see him back in F1. Fernando Alonso is a close second.

I do watch out for Jules Biancchi and Charles Pic as well, because I’ve raced with them in Europe.

AI: How does it feel to watch drivers you’ve raced with in F1?

MB: It is pretty cool to know someone there, but it also kind of sucks that they’re there and I’m here. But it’s also hard for a female driver to get far in Europe.

That’s why we decided to take the Indy route because women have more opportunities in the US, especially after Danica Patrick. She definitely opened a lot of doors for female racing drivers.

AI: Would you root for Danica Patrick?

MB: Definitely, no. I would thank her for opening the doors for us.

AI: Do you look forward to racing against Danica Patrick?

MB: Very much yes. She is a good driver and is the highest paid racing driver in the US right now. I would really like race against her because I feel I can do better than her on the track.

If Michele Bumgarner makes it to the Indy Car series, she will be the second Filipino driver to ever compete in the top tier of American open wheel racing since Jovy Marcelo.

At the age of twenty two, Filipino-Swiss driver Marlon Stockinger is on the cusp of something great.