Ford just built an Explorer for the race track

Let me set things straight: I was really excited when I heard the news that I was going to be enrolled in the Toyota Racing School (TRS). Aside from the racing suit and the overall feel of being a racer for a day, I was thrilled to learn the basics about the sport, and it all began with a drive up to the Clark International Speedway.

Toyota provided the participants with racing suits and helmets for safety and to give us the ultimate feel of being a race car driver. We were then lectured and oriented on the things that we’re about to do on the track in this Basic Course by TRS. 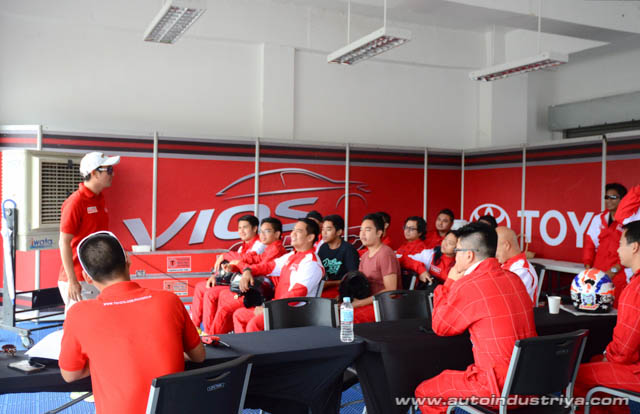 Right away, the instructors at the Toyota Racing School (as conducted by the Tuason Racing School) told us that motorsports is dangerous; one mistake can easily lead to a serious accident. We were instructed to drive at our pace because the point of Level 1 is to experience the thrill of racing and not to compete against each other, how to be always in control of the car and pay attention to our instructors.

After the orientation, participants were led to ride and drive the Vios Cup cars (the same ones used in the exhibition race last January) and given final instructions before heading out to do the first exercise of the day: braking.

TRS had placed three sets of cones along the main stretch of the Clark International Speedway. We were instructed to speed up until 80 km/h then, at the moment the nose of the car reached the first cone we had to hit the brakes as hard as we can (about 90 percent) so as not to activate the anti-lock braking system (ABS). On a racetrack, activating the ABS means a slower time as the system prioritizes safety while braking at the expense of speed when entering a corner. 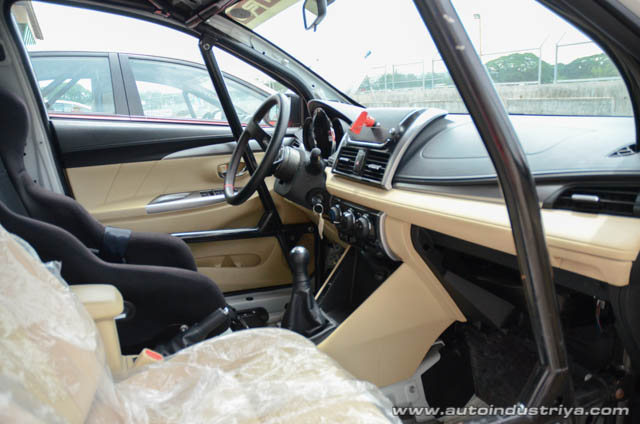 You might say that the exercise seems easy but there is a catch: we must not hit the third cone that is placed in the middle. As said earlier, there are three set of cones, the first one serves as our guide when to hit the brakes, the second cone means that we’re just 20 meters before hitting the third cone. So, simply put, we need to put the car to a complete stop in just 20 meters while running at 80 km/h. It was quite a rush.

We were given five attempts to do the said exercise. On my first try, I did not do well because I got a little carried away with the speed of the car but, on my second try, I was able to do it successfully. Overall, I managed to have three successful attempts.

In the second exercise, we were asked to take on a slalom to learn the essence of having control over the car. Our instructor, Ferdie Ong, first demonstrated to us what we would do. I have to admit that I was really impressed as he drove through the obstacle swiftly and smoothly. So, when it was my turn to do the slalom, I went really slow because I'm actively avoiding the cones. With this, the instructors told me to go faster on my second attempt and try not look at the cones. I should focus my attention at the gaps of each cones to successfully drive thru the obstacle. Later on I learned that we subconsciously react to hit the the things that we're trying to avoid whenever we are driving, a situation called target fixation. In the next attempts I went faster and didn't clip any cone during the entire slalom exercise.

Then, we had our third and final exercise: track lapping. This exercise was the most exciting because we had the chance to drive around the fast Clark International Speedway. Well, half of it anyway.

It was tricky especially for a first timer like me because I had to pay attention to the things I just learned such as high-performance braking, acceleration, cornering and shifting. Plus, we need to keep up with the pace car which was the Toyota 86 TRD used in the Toyota Vios Cup races. 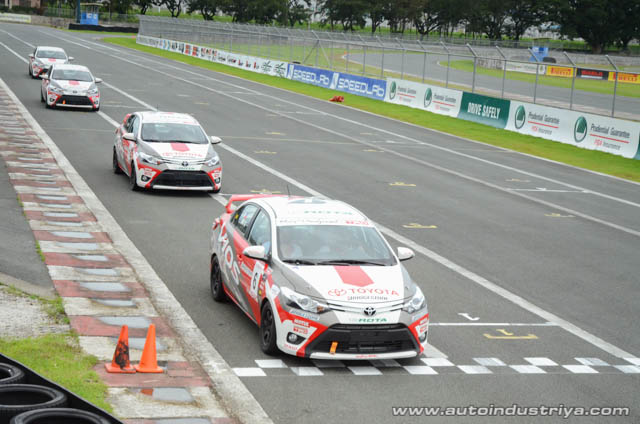 This was the time to experience first hand the instructors' lecture about the racing line; the path that race car drivers need to fully understand because this is crucial to execute fast lap times. Once again, cones are placed along the track to serve as our guide when to brake, when to downshift, when to turn in and when to power out with the gas pedal. It was difficult because, well, I was excited. Good thing my driving partner was there to remind me about the things that the instructors told us.

Overall, I think I did well on the track, though I was driving at my own pace so as not to crash the Vios Cup car and to come out unscathed. But I tell you, it was awesome and I'm very thankful that I got the chance to experience driving a real race car.

As a whole, my Toyota Racing Experience was a day to remember. In fact, I still can't get over it. Aside from the whole experience and the things I learned, I realized that the Vios can do far more than what we expect. Like the instructors said, these 2014 Vios Cup machines are no longer your lolo's (grandfather's) cars.

If you want to try the 2014 Toyota Vios Cup cars on the track, you can join the Toyota Racing School (TRS) as organized by Toyota Motor Philippines Corporation. Contact the Vios Cup Secretariat at 820-4203 loc 205 or email to toyotaracingschool@gmail.com.

The entry fee for the half-day Level 1 Basic Circuit Car Class (like this one) is PhP 5,000 and includes the car rental, track rental, instruction and everything you need from helmets, suits and other gear. For more serious drivers, the full-day Level 2 Advanced Circuit Car Class offers more track time and in-depth instruction for PhP 25,000.

A brief history on drag racing and how to get into the sport where the 1320 is what matters.

More than just a race for first place, Endurance Racing tests the skills and determination of a man and his machine.

The Torsus 4x4 bus is the ultimate student transport vehicle

Volvo Raises its Voice of Leadership