2016 Toyota Innova debuts in the Philippines

Even though it owes its roots to the Tamaraw, the Innova is more MPV than AUV. However, that doesn't dampen the Innova's popularity as a family shuttle. Thanks to its 7 seat capacity, the Innova establishes itself as a practical car for family and businesses. It is also available with a 6- seater top spec model with captain chairs all around with the V variant. All-new for 2016, the Innova comes with two engine choices, a 2.0 gas model and a new 2.8 liter diesel lifted from the Hilux and Fortuner. The Innova range starts at Php 919,000 for the 2.0 manual gas variant. The top of the range 2.8 V in white pearl starts at Php 1,460,000.

With a combination of practicality, utility and comfort, it's perhaps no surprise why the Innova is the country's best-selling MPV. With such big sheos to fill, can the new 2016 Toyota Innova carry on the torch?

Truth be told, Toyota didn't have to build an all new Innova, but they did it anyway. After spending some time with this Innova 2.0G, I can easily say that it's much better than we expected.

At PhP 1,445,000, the range-topping 2.8 V Innova puts up quite a proposition. It's relatively cheaper than most minivans but gets a plethora of standard equipment like HID lighting, smart entry with keyless start, second row captain seats, touchscreen infotainment with navigation, ambient lighting and automatic climate control.

Indeed it’s much more expensive now, at P1,269,000, yet justifies this increase with well thought-out improvements both inside and out. Its remarkable power and luxurious interior can put many of its current competitors to shame, no doubt ensuring the Innova continues to reign for a long time.

At the very top

In The Purple Corner

A novelty in its segment

Putting the dynamic in the D-Segment

Not sure whether to get the G or E versions of the Innova? Check out the Touring Sport to get the best of both

Toyota hands us the keys to their most powerful and well-equipped Innova to date, the 2.8 V

It took Toyota a decade to come up with a new Innova. We see if it was well worth the wait.

2016 Toyota Innova debuts in the Philippines

It may be small, but it has a big legacy behind it. Happy 60th Daihatsu Hijet.

Nissan has more in store for the all-new Note, fully-electric, all-wheel-drive version coming in December

Suzuki outlines plans for a greener future with Environmental Vision 2050 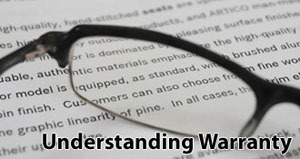