For almost a decade now, ‘fitment’ and ‘stance’ have become household words that have been thrown around when it comes to describing low cars. From purely functional builds we’ve seen several individuals take their vehicles and slam them to the ground as low as possible – all while maintaining the proportioned look of their wheels against the car’s fenders. From this basic idea plenty of trends, styles, and creativity have flourished and have since been reflected onto many cars and builds.

It’s safe to say then that despite the underlying theme of tasteful fitment, variety is indeed the norm for people that are into this culture. While our country may only have a handful of cars done this way thanks to our sub-par road conditions, one local group keeps these likeminded individuals in a very close-knit circle. 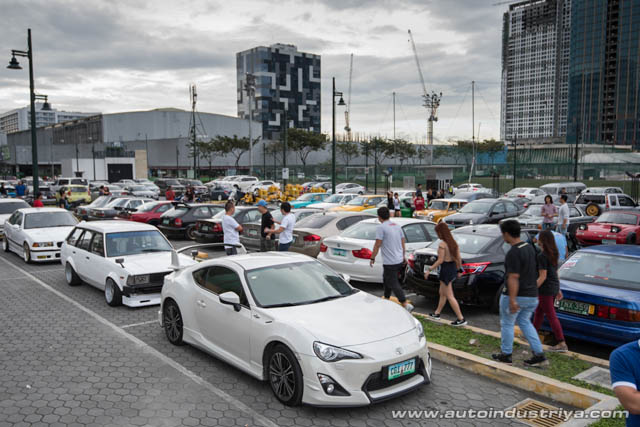 Enter Stance Pilipinas/Manila Fitted (SPMF). For roughly seven years this once-small group has grown into a staple in Manila’s car community thanks to their widespread variety of vehicles at their meets. What started out as a small group of folks sharing builds on international forums such as Fatlace, Wrong Fitment Crew, and Stance Nation became a local gathering of minds that pursue nothing but the best aesthetics they can get out of their vehicles. In 2009, the 5 co-founders (Kevin Carlos, Jordan Reyes, Pao Arespacochaga, Jay Padua, and Omar Pine) created a small Facebook group called Stance Pilipinas/Manila Fitted to share and further develop the necessary techniques to getting the right fitment.

Thanks to this group, members of SPMF were able to gather more information about stretching tires, proper lowering, rolling fenders, and ideal parts that will allow them to reach their desired fitment. In a span of a year, the group reached over 300 members – meaning there were enough stanced cars in town to merit a proper meet. 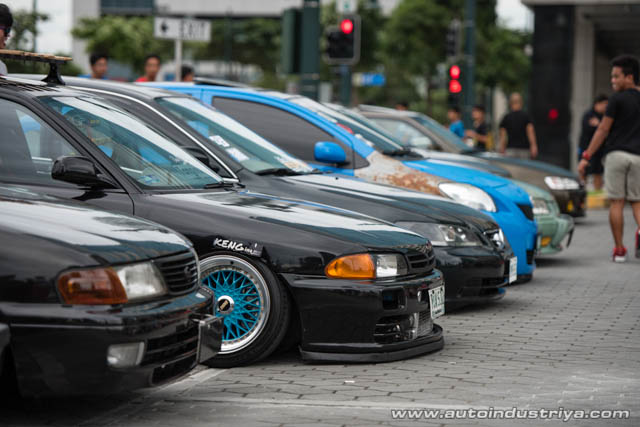 The first meet didn’t actually materialize until 2011, wherein the pioneers of SPMF were able to find a suitable parking lot in McKinely Hill that wouldn’t rip the bumpers off the attending vehicles. That first meet gathered roughly 20 cars, and while small and very niche, the whole movement snowballed as word got around on the internet that there were stanced vehicles prowling around Manila streets. Soon the meets in 2012 would have double or even triple the number of cars in attendance. Since then SPMF meets have become a staple if one wants to meet new people and see what kind of builds are happening around town. 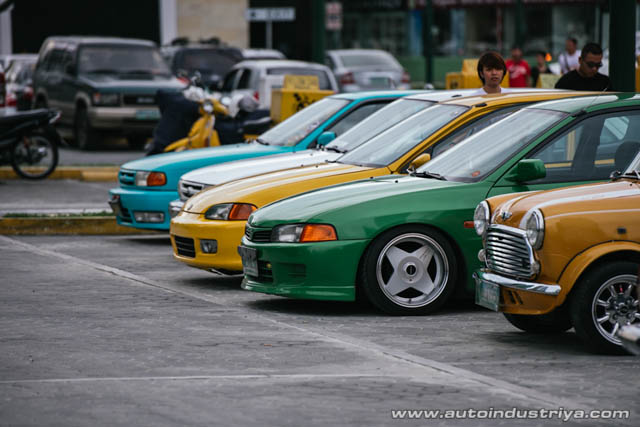 Currently SPMF holds a strong affiliation with the Fatlace/Hellaflush group. Their tie-up with the San Francisco based outfit started in 2012 when Fatlace founder Mark Arcenal came to Manila for a short business trip – that turned into a rather large impromptu meet. Since then SPMF held several tie-up meets for the outfit in 2013, 2015, and most recently at the start of 2017. 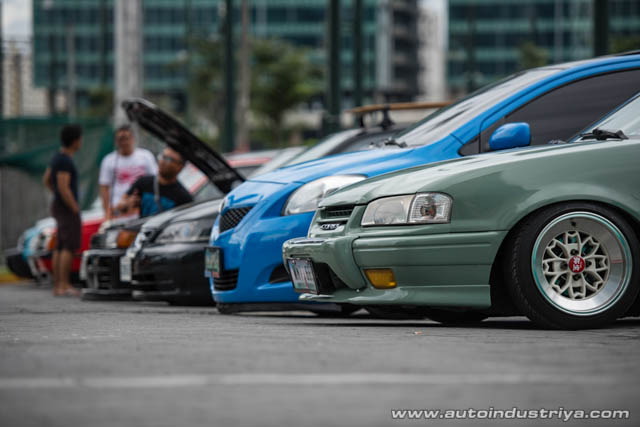 While SPMF is primarily focused on a vehicle’s wheel fitment and lowering, their regular meets have long since been a magnet for any style of vehicle despite its gap from the ground. Being a regular to these meets, we’ve seen people bring anything from econoboxes, to performance oriented coupes, to retro japanese classics, and even the odd lowered AUV.

At the end of the day, the goal of Stance Pilipinas/Manila Fitted is to showcase Filipino builds in and out of the country and display them to an international audience. Through their online presence, SPMF has now become a portal to communicate our car culture with other enthusiasts from the US, Thailand, and Japan.

Pajero Club of the Philippines

Honda Jazz Club of the Philippines debuts with Jazzapalooza