The last leg of the 2006 San Mig Coffee-Petron Blaze-Philippine Touring Car Championship was ran with the Philippine Motorsports Festival at the Subic International Raceway. The event ran alongside several exciting races as well which included the Vintage Races, Hillclimb, and the championship of the Run What You Brung Series. The exciting title chase for the weekend was the Group 3 championship with contenders for the top three spots really close in the points standings. Group 1 was already a longshot as Jody Coseteng had already built a comfortable lead in the standings.

Nothing much was to be contested for the top spot in the Group 1 division Championship as Jody Coseteng had already built-up an unsurmountable lead in the points standings ahead of Kookie Ramirez. But Ramirez still had Don Pastor to worry about who is knocking on his second place door. And so it was in the race, a battle for second place between Kookie Ramirez and Don Pastor which was the main highlight of the Group 1 division. Ramirez would mange to claim second spot from Pastor midway through the race with a well planned dive into the last corner. 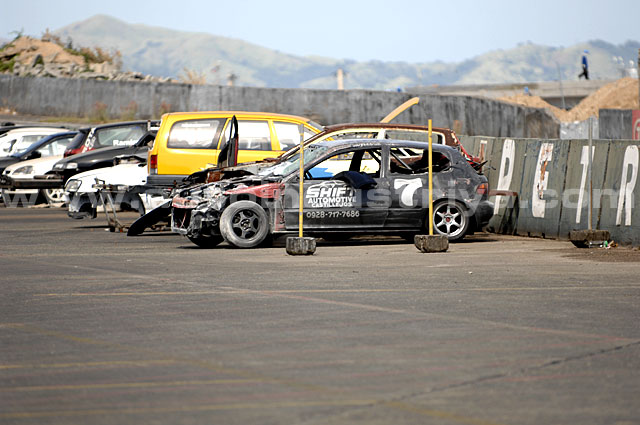 Coming back to run in the final leg was Renan Morales of Shift Racing who wasn't able to finish the race due to car problems. He was later joined in the pits by Privateer Banny Vargas. As the checkered flag dropped for Round 11, it was Costeng, Kookie Ramirez and Don Pastor taking the top three spots for Group 1.

It was a perfect season ender for San Mig Coffee Racing Team driver Jody Coseteng as he capped off the 2006 Championship with two consecutive victories for the final rounds of the series. The main focus of action in the final round was still Pastor and Kookie Ramirez, but this time it was Pastor taking the advantage. Two cars behind was heated battle between Frenchman Dominic Bon and Velocity Racing's Dennis Uy. 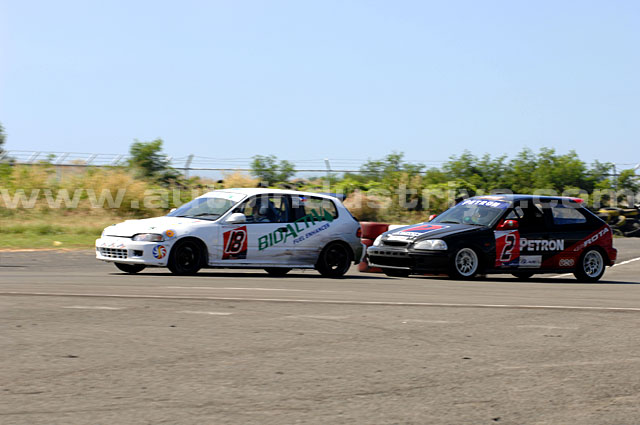 Ending their races early in the pits were Renan Morales and Philip Alvendia. At the checkered it was Coseteng, Pastor and Kookie Ramirez for the top three spots.

It was a disastrous Round 11 for the Group 3 Championship with three of the top runners out of contention, while another car went out of control and went airborne. At the exit of uphill first corner on the second lap, Blanco tried a daring maneuver to overtake Montinola and as the latter tried to close the door both cars came into contact sending both cars sliding towards the wall. Meanwhile just behind the two, was Guidicelli who just recovered from overshooting the first corner had nowhere to go, came into contact in the two sliding cars as well. The race was immediately red flagged as repairs were done the damage walls.

After the restart, an incident happened once again, as Buddy Rutledge lost control going into the last section of the track and flipped his car into a set of somersaults. Luckily he got away with minor injuries. The race was again red flagged and rescheduled to the following morning.

It was a pretty clean Round 11 with four cars out of contention and drivers witnessing the prior incidents. Uly Maningding of Explorer Motorworks sped away to a lights-to-flag victory way ahead of the competition. JP Cariño of Bosch-Intelco Racing finished second while William Tan of Petron SRA finished third. Lory Uy of Velocity/Slipstream TV and Angelo Tambo of Bosch Intelco Racing rounded up the finishers. 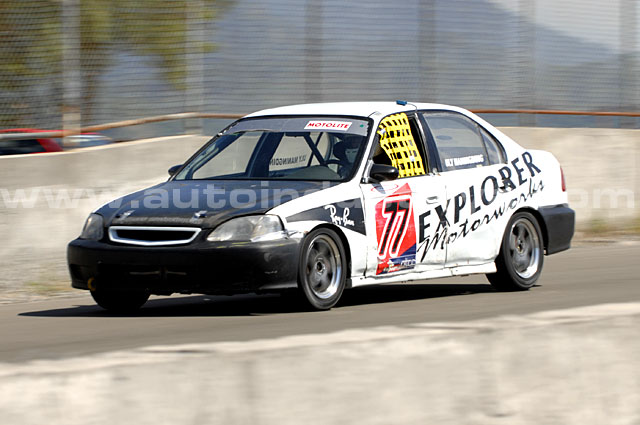 The final race of the Group 3 Championship was icing on the cake for Uly Maningding as he cruised effortlessly to victory way ahead of the pack. Rounding up the top three were Cariño and Lory Uy.

Amid scorching hot temperatures, the 3rd and 4th round of the Philippine Touring Car Championship got under way last May 20 at the Subic International Raceway.