Portuguese driver Antonio Felix Da Costa took the checkered flag at the 2016 FIA F3 World Cup in Macau, despite starting from the front of the grid and battling it our early with Carlin teammate, Sette Camara, of Brazil.

George Russell’s pole position run on Qualifying II is worthy of note as the rookie driver made good on his qualifying run, clocking three-tenths of a second faster than the earlier P1 time set by Callum Ilott. Lady luck went their way as officials decided to suspend the session early as well. 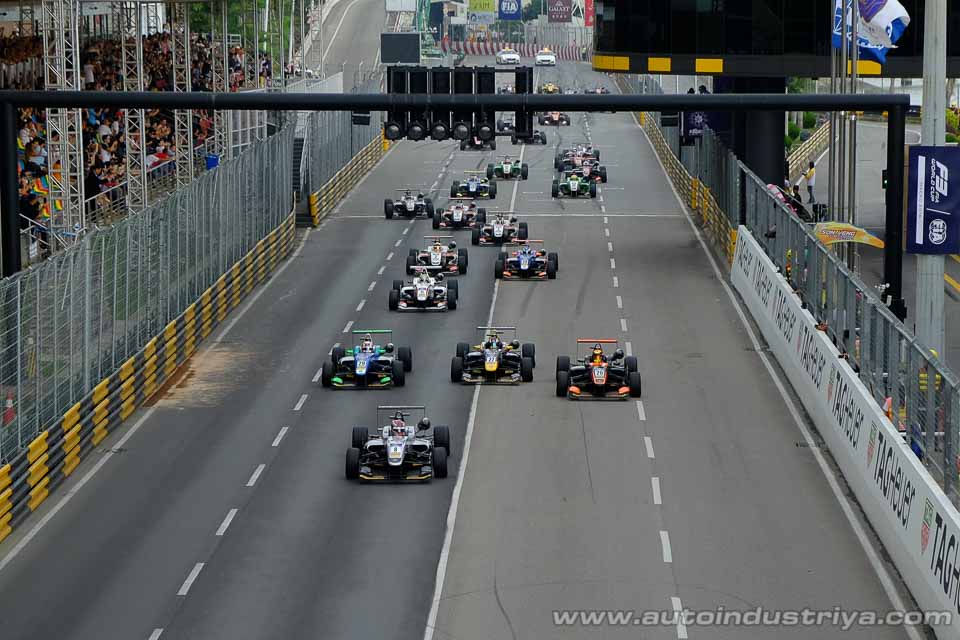 In the incident-filled Qualification Race, drivers Maximilian Gunther, Anthoine Hubert, and Lando Norris all slid wide at Mandarin and brushed the barriers, one by one; while Ye Hong Li clipped the inside barrier of a bend, launching his car over team-mate, Daiki Sasaki. The incident sent out the Safety Car, which was eventually pulled out with 6 laps remaining.

It was the returning Portuguese driver, Da Costa, who made his presence felt racing against Illot up ahead of the grid. Brazilian, Camara, however showed his mettle against Russell, Japan F3 champion, Kenta Yamashita, and 2014-2015 Macau GP F3 champion, Felix Rosenqvist.

The Japanese driver would eventually pass Russell, as the rookie tried to fend off the defending champion to keep his 5th place. 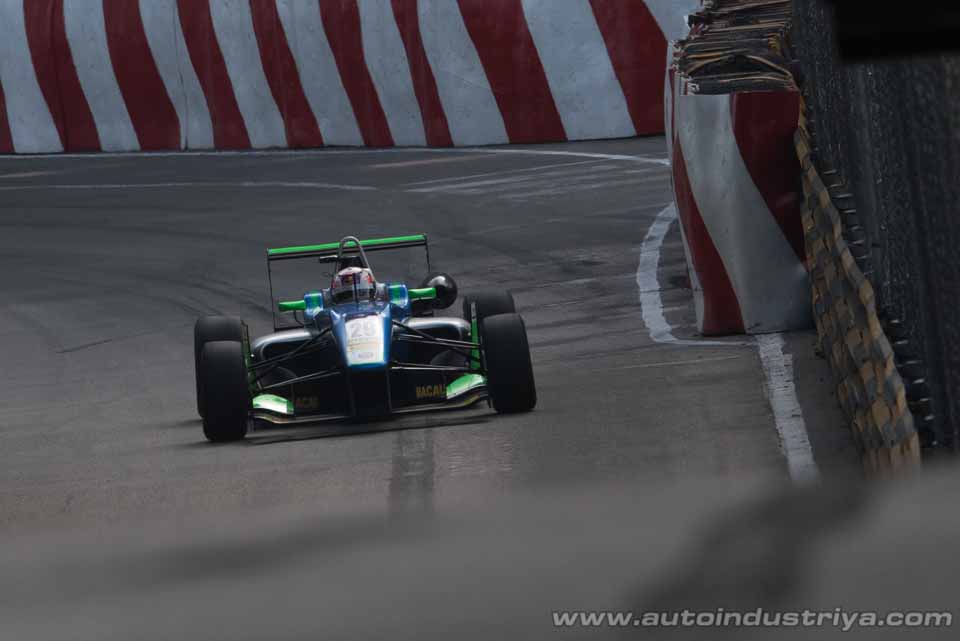 The Qualification Race order ended with: Da Costa, Ilott, Camara, Yamashita and Russell for the top 5. 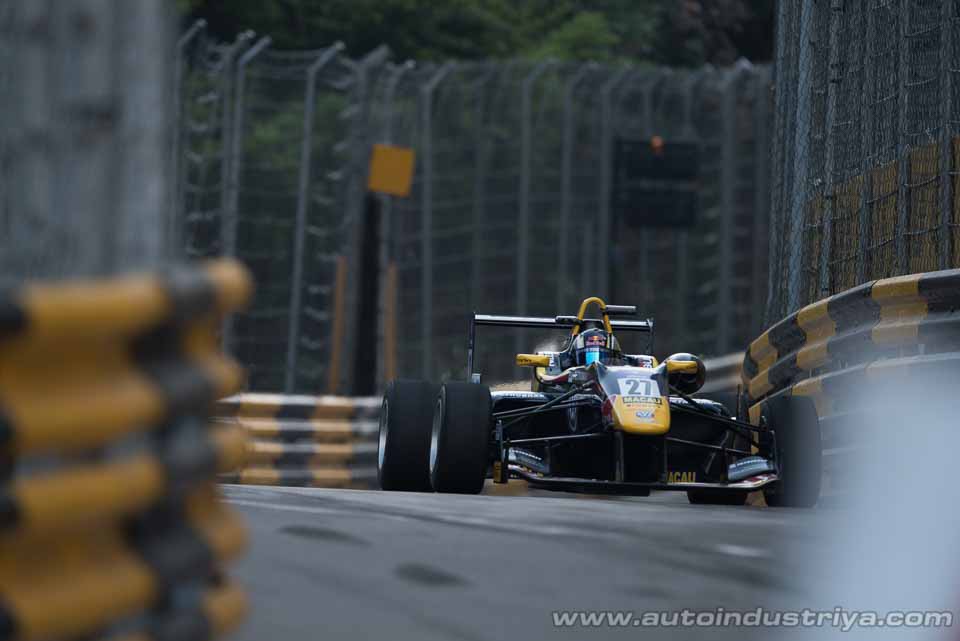 Camara took the early lead on the first lap after a daring maneuver against Da Costa. An exciting duel happening just behind them where a three-car battle ensued between Yamashita, Rosenqvist, and Ilott. A relentless Rosenqvist put tremendous pressure on the Japanese driver, who eventually made a mistake on the 4th lap, allowing both drivers through.

While a hotly contested lead between Camara and Da Costa was happening up ahead, Russian driver, Nikita Mazepin, overshoots turn 13, putting his car out of contention as it glides to a stop on the next marshal post. As Da Costa gets close enough, the Safety Car gets deployed; however after officials bring in the safety car on the 8th lap, he eventually gets the lead. 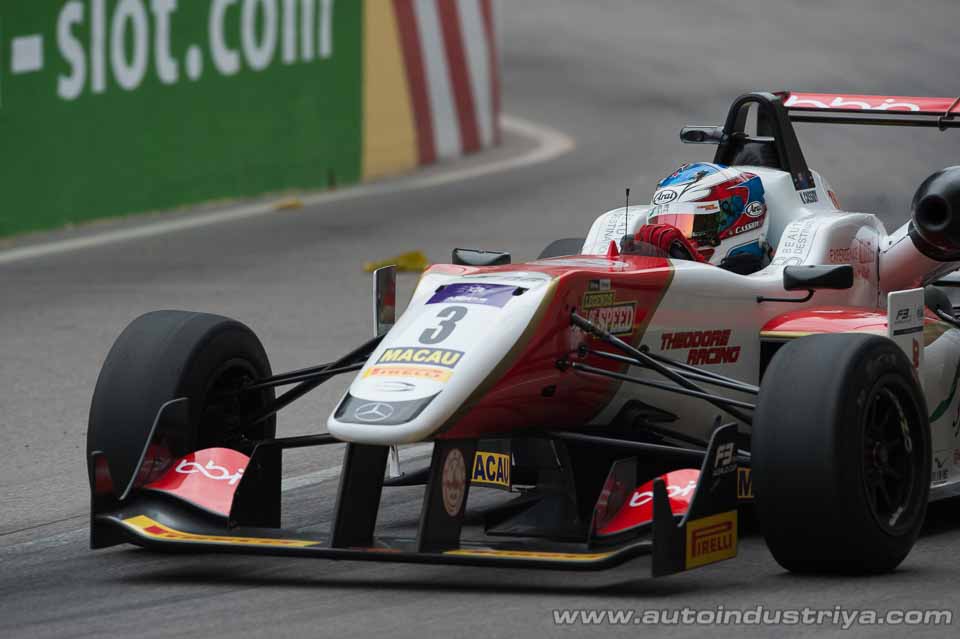 Nick Cassidy crashes on the 10th lap, bringing out the safety car yet again with everyone hoping for no more accidents until the end of the race. With the cars bunched up closer, Camara and Ronsenqvist prepare to challenge for the lead from Da Costa as the safety car exits on the 13th lap. Both make unsuccessful attempts as the Portuguese driver was intent on making good on his double victory attempt. 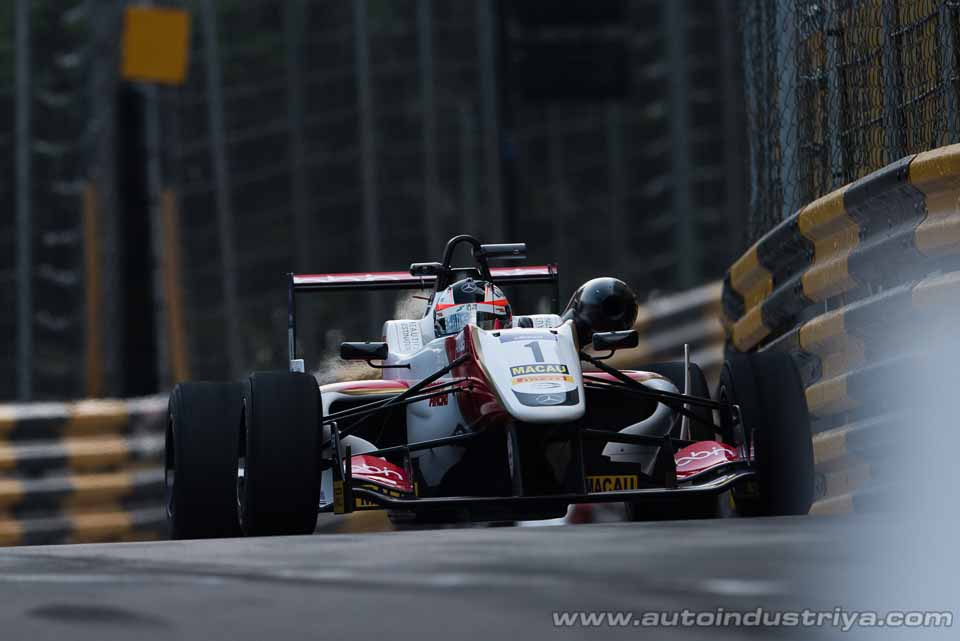 Da Costa continues to pull ahead up front as Camara now faces a challenge from the Swedish champion, Ronsenqvist, who eventually makes good on his overtaking try to advance to 2nd through the inside on Lisboa. The F3 World Cup tilt was the only race to complete all laps at this year’s Macau Gran Prix, as both the Guia (TCR) race and the GT Race were shortened due to the numerous accidents, race suspensions and safety car deployments.

As the checkered flag dropped, Da Costa scores his second win in Macau, joining a rather exclusive 'Formula car double winners club,' with the likes of Edoardo Mortara, Felix Rosenqvist, Arsenio Laurel, Riccardo Patrese, Geoff Lees, and John MacDonald (4-time winner). Rosenqvist settles for 2nd place, while Camara rounds up the podium in third. The Portuguese driver later shared that it was a rather last minute decision for him to drive in Macau having only confirmed to run two weeks prior to the race weekend.