All eyes were set to see an Audi win in the Macau GT race with Edoardo Mortara on pole along side his teammate Laurens Vanthoor for the 2014 Macau GT Cup.

Maro Engel sits in at fifth onboard his Mercedes-Benz SLS AMG GT3. Engel had been posting fastest times in free practice as well as Mercedes-Benz AMG team mate, Renger Van der Zande, but Mortara snatched pole in qualifying and Vanthoor did equally well to put the Audi R8 LMS Ultra cars in front of the 31-car starting grid.

There was fire in the eyes of Mortara as he and his teammate did the post qualifying interviews. One could feel the confidence in his voice while he was doing the interviews. Mortara was definitely out to keep his “Mr. Macau” title intact.

As the red lights went off and the scramble for the first bend ensued, the two Mercedes-Benz AMG SLS took over the Audis on the approach to Lisboa corner. Maro Engel gained pole position while teammate Van der Zande, who started sixth in the grid, snatched the second position relegating Mortara to third. 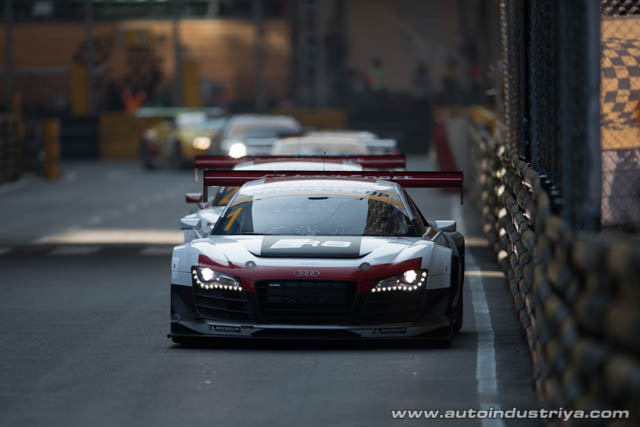 Battle for pole position continued and everyone was hopeful that last year's champion Mortara, 'Mr. Macau', could still pull-off a win. However, by the end of the first lap, Engel had built nearly a second margin over the battling Van der Zande while posting the fastest lap of 2.26.260.

It was evident that the Mercedes-Benz AMG cars had an advantage in the straights while the Audi would cut the gaps in the twisty portions of the Guia Circuit, but there was virtually no place for a clean overtaking maneuver for these wide bodied GT cars. Mortara kept on the chase and battled for second against Van der Zande and posted the fastest time in lap three.

Engel responded and slowly extended his gap. By the sixth lap Engel’s gap to Van der Zande had extended to over 1.6 seconds and to 2.5 seconds to Mortara who's in third place. Vanthoor, in the other Audi R8, was in fourth place over 3 seconds from the lead. 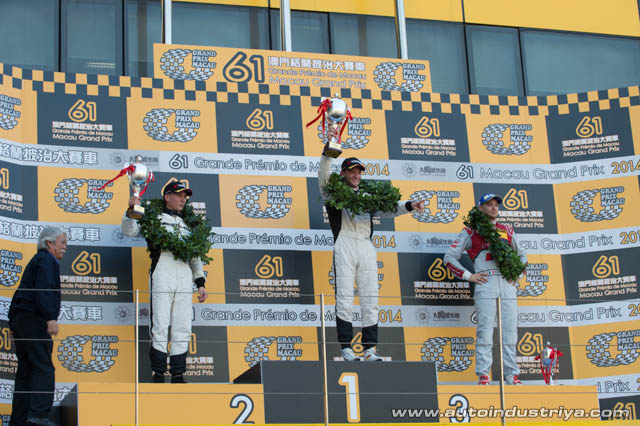 By the seventh lap, Mortara's hopes of winning had dwindled as he fell nearly four seconds away from Engel who was leading the pack. Teammates Engel and Van der Zande kept a comfortable gap over the two Audi vehicles until the end of the 12-lap race. The two Mercedes-Benz AMG SLS GT3 cars finished first and second ahead of the two Audi R8 LMS Ultra. After the awarding ceremonies, one could feel the discontent in Mortara and he vowed to win the Macau race next year.

The second season of the Vios Cup opened last March 21 at the Clark International Speedway, and as soon as the green lights went on, the excitement began.