The Toyota Racing School is now ready to take on students

AutoIndustriya.com Editor-in-Chief Vince Pornelos swept both rounds of the inaugural Toyota Vios Cup Media-Celebrity exhibition race at the Clark International Speedway (CIS) on January 25, besting 11 other novice drivers. The exhibition race was ran on the short track of CIS with 15 laps per round, with media and celebrity drivers divided into their own categories.

Starting from second position in the first race, Pornelos managed to outpace Barranda (#12) to take the lead early on with a well set-up overtake coming into the first corner on lap 2. From there on, Pornelos never looked back as he drove the #9 Toyota Vios Cup Car to the finish line. It was a heated battle just behind them with Reyes (#6) and Deakin (#3) trying to outdo each other. However, Reyes would manage to take higher ground and eventually slip past Baranda for second position.

Polesitter Baranda tried with all her will to defend her position but would soon find herself sliding down the order as pressure and fatigue set in. Deakin eventually found a way past Baranda, while Roces overtook her a few laps after sending the model/driver down to 5th in the race order.

After the race was concluded, stewards determined that Barranda made a jump start, and slapped a 15-second time penalty on her finishing time. Sportscaster Jinno Rufino (#10) was also penalized for an avoidable contact with Brian Afuang’s car, he was given a 30-second penalty. Rufino’s infraction promoted Fabio Ide to second, while Rufino slides down to third. 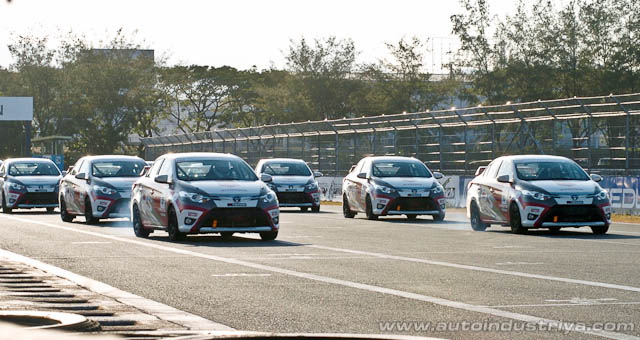 With the finishing order of the first race determining the grid position for race 2, Pornelos would start from pole position with Reyes in P2, Deakin in P3, Roces in P4, and Barranda leading the celebrity class in P5.

A bad start forced Pornelos to give away the lead to Reyes going into turn one, while Deakin followed in third trying to fend off Roces and Barranda. The top two drivers managed to pull away nonetheless with Pornelos's headlights on and chasing Reyes hard for the lead.

Fatigue would once again get the better of Baranda as she found herself falling down the order with the media drivers Brian Afuang (#04), Aris Ilagan (#03) and Botchi Santos (#05) getting ahead. Afuang and Ilagan would battle for fifth position, but a focused Afuang maintained his advantage.

Midway through the race saw a train of cars composed of the celebrity drivers trying to outdo each other. An exciting battle ensued between Ide (#11) and Rufino (#10) for second and third places. An unfortunate crash on lap 9 forced Rhian Ramos (#01) to retire after an attempted overtaking maneuver against Rufino going into the second turn. 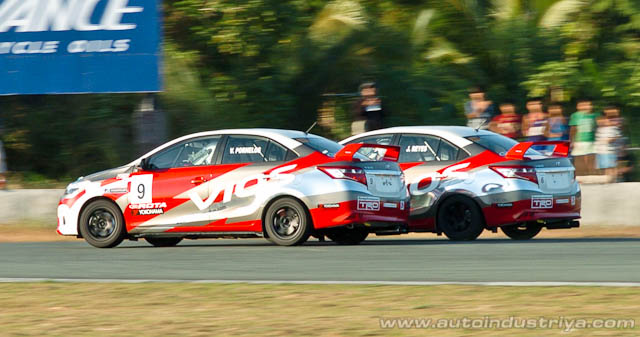 Inch by inch Pornelos clawed away at Reyes’s gap, applying increased pressure on the veteran driver from TopGear. By the 11th lap, Pornelos made a daring dive going into turn one on the inside, successfully taking the lead at the exit as Reyes jinked the wheel and went wide. Reyes tried to fight back but Pornelos held his composure and kept his lead all the way until the checkered flag. 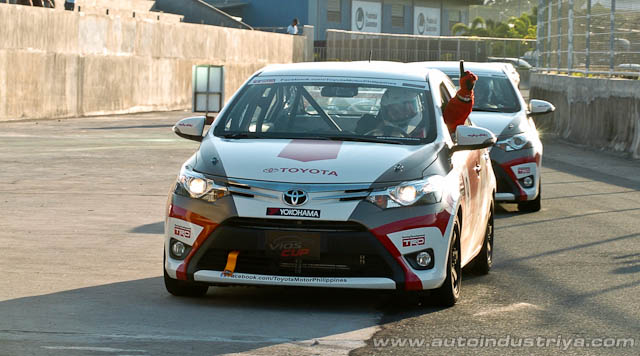 After months of waiting, the Asian V8 Championship series starts its engines at the Clark International Speedway with five cars.

The first-ever Drift Muscle Philippines was held at the Quirino Grandstand with a course designed by Keiichi Tsuchiya.