Jose Maria Lopez and Rob Huff were victorious in rounds 23 and 24 of the 2014 FIA World Touring Car Championship (WTCC) in Macau, China.

The win in Macau marked Lopez's record-breaking 10th WTCC pole finish. With this, Lopez managed to beat the record of 9 wins in a season that was previously set by his teammate Yvan Muller. On the other hand, Huff's driving performance enabled him to capture his 7th win in the 2014 WTCC season. 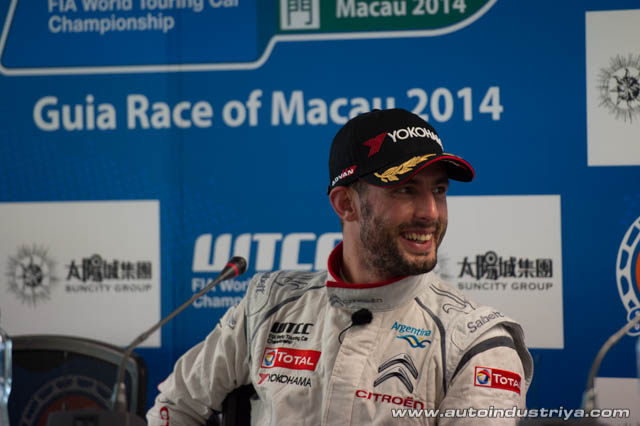 In race one, Lopez started in pole position beside Sebastian Loeb and Yvan Muller. Lopez pulled-off a great start and secured his position. Meanwhile, Loeb and Muller dropped their positions as Zengo Motorsport's Norbert Michelisz had a phenomenal start. By the end of the first lap, Lopez had managed a 1.6 second gap ahead of the pack. Michelisz and Loeb were battling each other for second place while Honda's Gabriele Tarquini sits in at fourth followed by Muller.

During the last lap, Monteiro who was sitting in at fourth tried to pass Tarquini at the Lisboa Corner but didn't succeed. Lopez takes the checkered flag after a dominating drive followed by Michelisz and Tarquini. 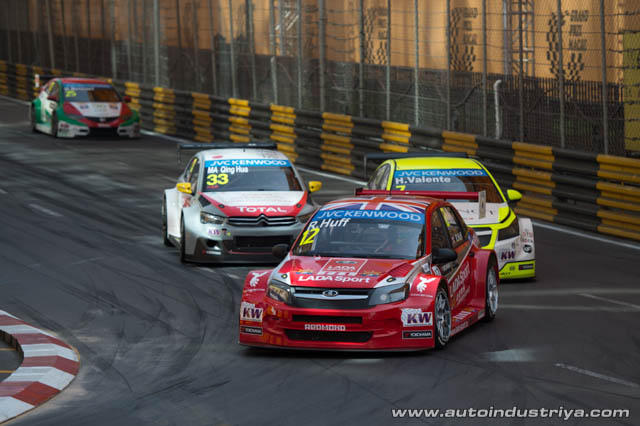 In race two, Proteam Racing's Mehdi Bennani and Tarquini failed to join the start while RPM Racing's Mak Ka Lok had to start from the pits due to repairs done to his BMW. The top three drivers, Monteiro, Huff and Muller jostled for position. Muller tried to pass Huff to no avail while Michelisz sits in at fourth followed by Valente and Lopez. 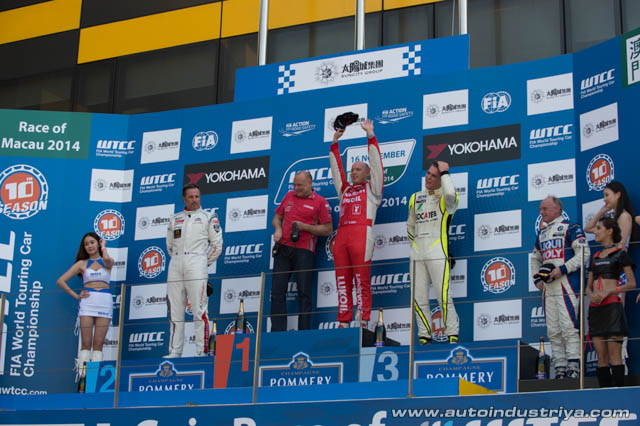 On lap 6, Muller makes a slight mistake in the esses and Ma checks out the barriers at R Bend causing the deployment of the safety car. At the restart, Monteiro was poised to have a podium finish however his vehicle had slowed down due to technical problems. As a result, Huff and Muller were able to passed the stricken Honda vehicle. Huff and Muller battled for the pole position until the Melco hairpin. In the end, Huff takes the checkered flag for his 7th win. Muller finished at second followed by Campos Racing's Hugo Valente.