The highlight of the race was the match between professional racecar drivers George Apacible and Paolo Arespacochaga. Both drivers were behind the wheel of BMW E30 325i’s. Behind the two professionals were Patrick Chan with an M3, Miguel Dizon with a 190E Cosworth, and Bernard Sy with a 325i. The race ended with Arespacochaga at 1st, Apacible at 2nd, and Chan at 3rd.

The July 21 race is the first of three legs in the DTM Cup. The next two races will remain at same track in September 29 and November 24. The series is open to any car that was raced in the Deutsche Tourenwagen Meisterschaft between 1984 and 1989. To view details on the list, race, and membership of the club, interested individuals can check the DTM Ph Facebook page at www.facebook.com/dtmph. 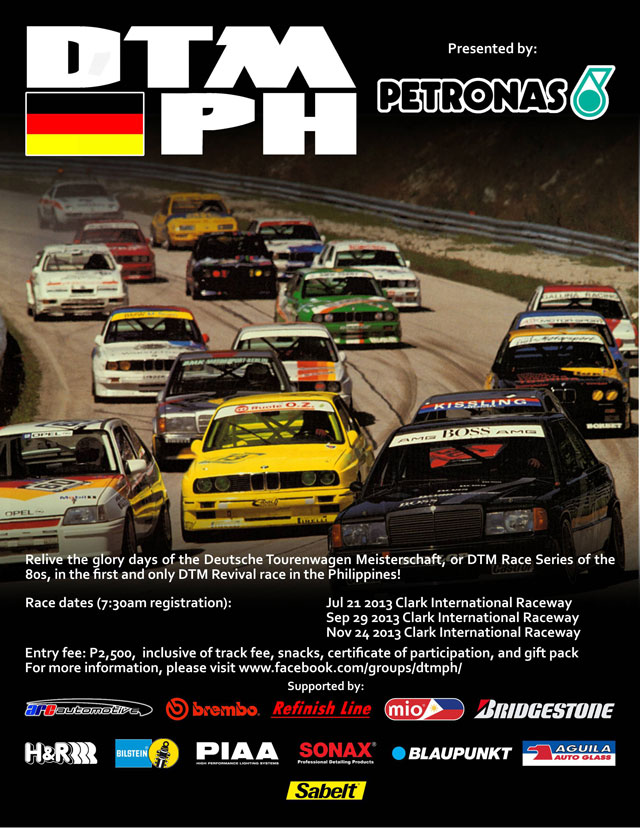 Breakthrough win by Lopez is an upset to leader Yvan Muller