Eurosport Events had chosen the Alfa Romeo 4C as the Safety Car of the FIA World Touring Car Championship (WTCC) for the entire 2014 season. The 2014 WTCC has 12 stages across four continents.

Alfa Romeo 4C was decided to be the safety car because it was named the 'Most Beautiful Car of 2013' at the 29th International Automobile Festival in Paris. It was designed by Alfa Romeo engineers and built at the Masserati plant in Modena. 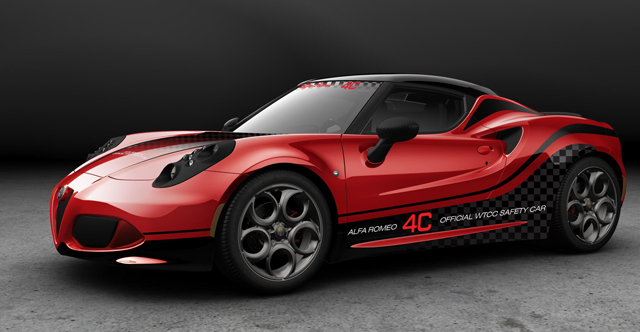 Alfa Romeo says the mid-engine, rear wheel drive, two seater coupe delivers its best on the track. The vehicle is powered by a 1750 turbo petrol aluminum engine that can deliver 243PS. It can accelerate from 0-100km/h in 4.5 seconds and has a top speed of 258km/h. The Alfa Romeo 4C is also equipped with an ‘Alfa TCT’ dry twin clutch transmission and an advanced Alfa DNA selector with the new Race mode feature.

The Alfa Romeo 4C will begin its duty at the Moulay El Hassan Circuit of Marrakech in Morocco on April 12-13.

The Toyota Racing School is now ready to take on students

Honda will field an entry to Daytona Prototype of the 2014 TUDOR United SportsCar Championship.