Aston Martin Valkyrie will challenge all at Le Mans

With traction control problems on their No. 97 Aston Martin Vantage V8 early on the race, the trio of Darren Turner, Stefan Mücke and Bruno Senna still managed to lead the race from start and finish one lap ahead of thei following car, giving them the win on the Pro Class category on the 6 hours of Silverstone.

Making his debut in the FIA WEC, just as Senna was, Kamui Kobayashi and his driving partner, Toni Vilander, were thrilled to finish ahead of the No.99 Aston Martin, maintaining their cool to take the chequered flag 12.5 seconds ahead of the first of the Porsche AG Team Manthey Porsche 911 RSRs.

Last year’s leading LMGTE Pro pairing, Gianmaria Bruni and Giancarlo Fisichella, had a difficult race and ended up having to make one more pit stop than their rivals which cost them a lot of time. 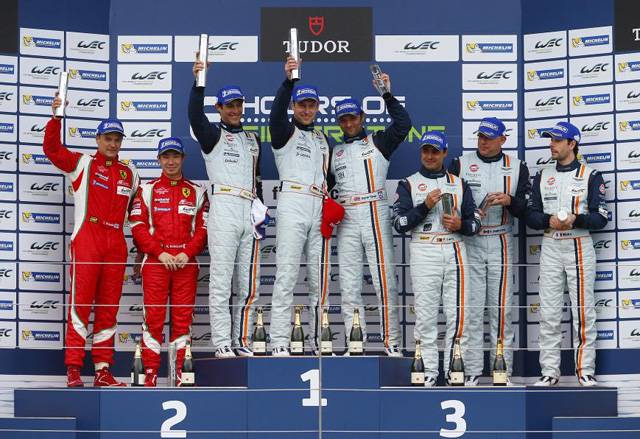 In LMGTE Am, the No. 95 Aston Martin Vantage V8 of Christian Nygaard, Kristian Poulsen and Alan Simonsen, took them two hours long before they took the lead of the class. Once in that position, the trio didn’t loosen their grip on it and finished a resounding three laps ahead of their nearest rival.

“I’m really happy to start my GT career with a win. It’s been great joining Aston Martin Racing and to get a pole position and win and go home from our first WEC race of the year with so many points for the championship is unbelievable. It was a tough race; we had to push hard while avoiding accidents, but my team did a great job. We must now keep pushing hard; the competition here is very, very strong.” said Bruno Senna

The second round of the FIA World Endurance Championship will be at the 6 Hours of Spa-Francorchamps WEC, on Saturday 4th May.

Duo of Audi R18 e-tron quattro finished a lap ahead of the pack at the 2013 FIA World Endurance Championship in Silverstone.

GT3 Race Manila gets the temporary axe for its upcoming June 15-16 event.