Aston Martin Racing comes back to the world famous Rolex 24 Hours at Daytona this weekend (23-26 January), for the first time since 1985.

Three Aston Martin Vantage race cars will compete in the first round of the inaugural Tudor United SportsCar Championship (TUSCC), the V8 Vantage GTE running in the new TUSCC GTLM class and a pair of V12 Vantage GT3s - entered by AMR official partner team TRG-AMR in the new GTD class. 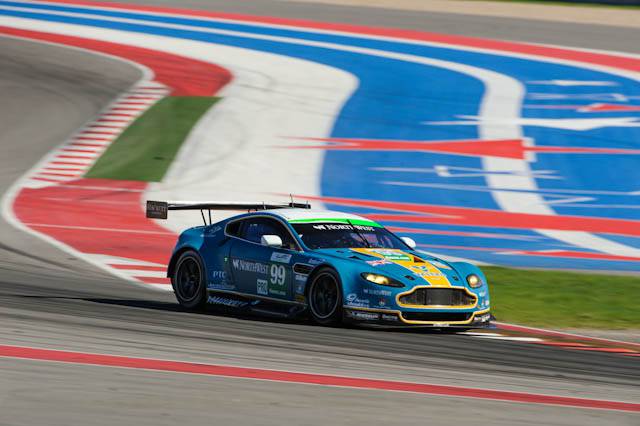 The Aston Martin Racing V8 Vantage GTE decked with NorthWest livery returns to the track following a successful run in the World Endurance Championship (WEC) last year and will present a strong challenge for overall GT honours as it competes in the highest GT class, GTLM.

No strangers to the GTE charger, Aston Martin Racing works drivers Darren Turner (GB), Stefan Mücke (DE), Pedro Lamy (PT), Paul Dalla Lana (CN) and Richie Stanaway (NZ) will use their extensive GT racing skill and expertise to negotiate the #97 through the 66 other cars on the technically challenging track and amid changing light and heat conditions. 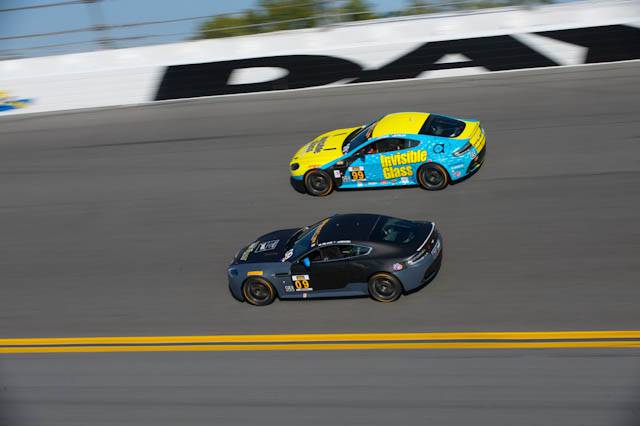 “It's a hard circuit to get the right balance between the straight-line speed required for the banking and enough downforce to let the car work on the infield section. The biggest challenge will be getting the tyres up to temperature during the night as Daytona can be very cold once the sun goes down.  Testing went very well and I think we have a reasonably good set up for the race that should only need a little fine tuning before the start. Daytona is such a cool 24-hour race and I'm really pleased we are going to be racing the V8 Vantage GTE there,” says Darren Turner.

Joining the GTE on track will be two Vantage GTDs that come in having won has four victories at the 24 Hours at Daytona class.  Aston Martin Racing works driver Jonny Adam (GB) will join the team as it aims for a repeat success this year. The Vantage GTD is based on the highly-successful Vantage GT3, which has won multiple races and championships around the world since its launch two years ago.

“The Vantage GTD is based on the Aston Martin V12 Vantage road car. It is very similar to our Vantage GT3, which recently won the British GT Championship in that it shares the same V12 engine but runs a slightly different aero package and set-up to comply with the new TUSCC regulations,” said Dan Sayers, Chief Engineer at Aston Martin Racing.

Two more Vantages, featuring the close-to-production V8 GT4, will be on the track as well, participating in the popular and closely fought support race, the Continental Tire Sports Car Challenge (CTSCC).  Two other customer entries from Mantella Autosport and Automatic Racing will also be joining.

The GS-class cars are based on the V8 Vantage GT4, the car to be used in the inaugural GT4 Challenge of North America, which starts on 13 April at Road Atlanta. The series builds on the success of the British version of the challenge, which will be the support series to the 2014 British GT Championship.

“It’s fantastic to see seven Vantages out on track.  To have the full range of Vantage-based race cars on track over one weekend demonstrates Aston Martin Racing’s commitment to racing at all levels. We come to North America with the support of our partner team TRG-AMR and hope to be extremely competitive in all GT classes with the aim of taking home some silverware,” said Aston Martin Racing Team Principal John Gaw.

Racing is in Aston Martin’s DNA and the Vantage remains firmly at the forefront of the brand’s motorsport activity. The Vantage first went racing in 2006, when members of the company’s engineering team campaigned a near-standard V8 Vantage in the gruelling Nürburgring 24-hour race. Since then GT4, GT3 and GTE versions of the V8 and V12 Vantage have experienced race and championship wins around the world.

It is a perfect blend of young drivers and experienced veterans strengthening Audi's chances of a title defense.

For the 2nd year in a row, the Audi R8 V10 will lead the field for inaugural race

Feast your eyes on Aston Martin's first-ever crossover, the DBX