Aston Martin has something special for this year's Le Mans as they recently showed the Vantage GTE Le Mans art car that sports a distinct livery that gives off the illusion of speed and movement even when its stationary.

Designed by renowned German artist and illusionist Tobias Rehberger, Aston Martin Racing invited Rehberger to make a one-off livery for their race car. He stated that he used geometric shapes and patterns to give the race car the impression of movement even though it is static.

“My design for the Aston Martin art car is rooted in my interest in distorted perception and related phenomena like auto moving patterns, optical effects, camouflage and visual confusion, which I have addressed in many works before. In this case, the design is based on a geometric optical effect pattern. Comparable to a fast object, a steady fixation on a point of the pattern is impossible,” said Rehberger. 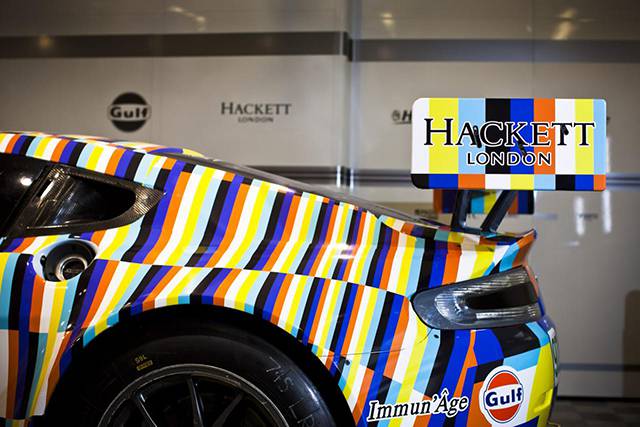 Darren Turner, the driver of the uniquely-done #97 Vantage GTE is a long-time fan of Rehberger's work was amazed on how Rehberger was able to do apply illusion of movement on the car.

“This design really pushes the boundaries of what’s been done before and challenges how we can use patterns and colours in racecar liveries – I love it,” said Turner.

Ford has officially revealed its new GT race car which will compete in the 2016 24 Hours of Le Mans.