Aston Martin tests solar panels for use in 2015 WEC season

Intends to power the auxiliary systems of their race cars

“The idea behind the solar technology project is to help develop and demonstrate the potential of the Hanergy thin film photovoltaic panels for use on both race and road vehicles. The electricity generated by the cells can then be used to power auxiliary systems, for example the air conditioning system, that currently consume power from the engine,” said Dan Sayers, Technical Director at Aston Martin Racing.

The thin solar panels were designed and manufactured by Hanergy Thin Film Power and are placed at the roof of the #97 Vantage GTE. The solar panels have been in use for the last four rounds of the WEC. The team of engineers were able to collect data needed, which allowed the project to move forward even during the winter months. 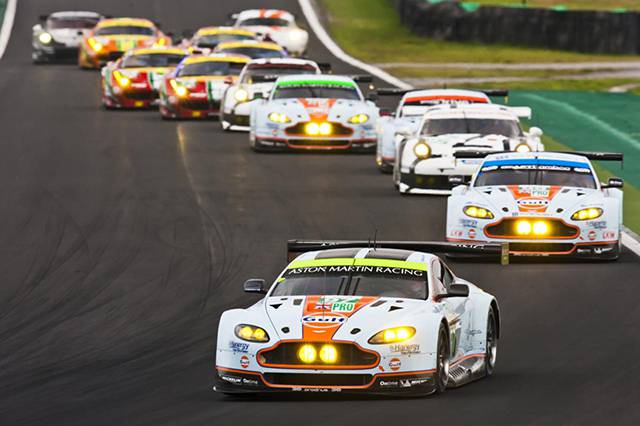 “We are very excited to see the #97 Vantage GTE has its roof with Hanergy's high-efficiency flexible module. This integration will have meaningful impact both on racing cars and road cars of the future,” said Jason Chow, Vice President of Hanergy Holding Group.

Aston Martin Racing plans to use the technology for the 2015 World Endurance Championship.

Mark Webber hospitalized after a horrific crash in Brazil

Mark Webber's Porsche 919 Hybrid was destroyed due to the impact