Audi was one of the first European manufacturers to have joined Formula E back when it started in 2014. At the time, they have refrained from entering as an official, factory backed works team, only supporting ABT Schaeffler. However, Audi announced earlier this year that they will officially be entering the all-electric open-wheel racing series.

Now, the renamed Audi Sport Abt Schaeffler team has revealed their Formula E challenger for the next season. Called, the e-tron FE04, Audi has brought back the 'e-tron' nameplate from their now defunct LMP1 program on to their Formula E racer. Compared to the previous Formula E car, the FE04 now sports a redesigned motor-generator unit and a single-speed tranmission. There are also new wheels and a carbon fiber housing for the powertrain, all of which have been developed in-house. 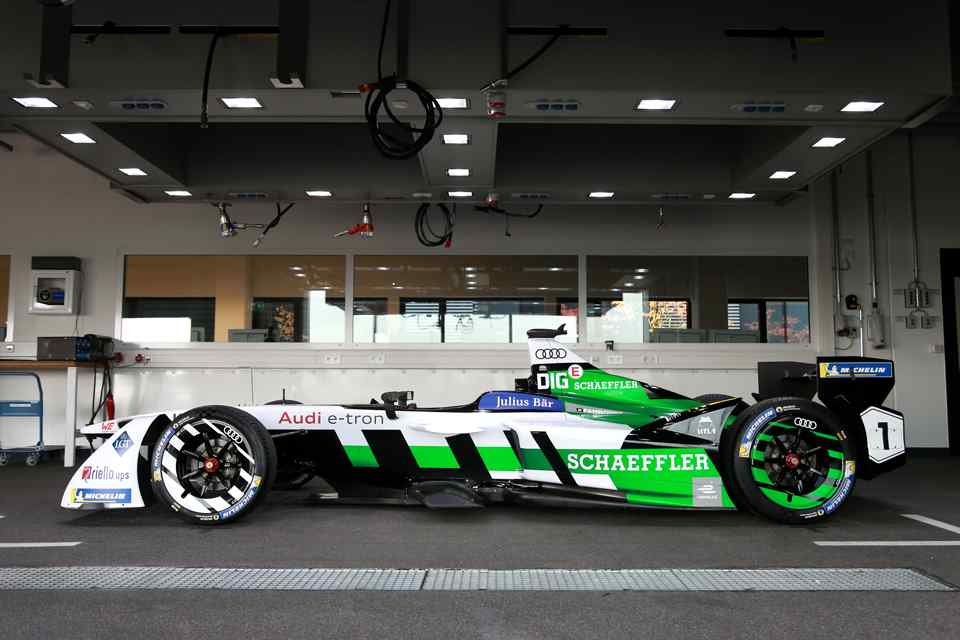 Most noticably, the e-tron FE04 sports a new livery likely to showcase Audi's official entry into the series. Rather than usual red-yellow-green bright livery, it now sports a new white, black and green livery with Audi e-tron decals on the side for the 2017-2018 season.

Audi Sport Abt Schaeffler will retain their current set of drivers, Lucas di Grassi and teammate Daniel Abt, for the 2017-2018 season. Three-time Le Mans winner Allan McNish will be acting as the new team principal.

Audi will be joining other manufacturers such as BMW, Mercedes-Benz and Porsche on the grid of the upcoming season of Formula E.

Pierre Gasly to drive for Toro Rosso in Malaysian GP, will temporarily replace Daniil Kvyat in other grand prix races as well