The no. 28 Audi R8 LMS won on its 24-hour race debut as Christopher Mies, Edward Sandstrom, Laurens Vanthoor and Nico Muller finished ahead of the pack by 40.729 seconds.

BMW led during the first part of the race until the no. 26 car was delayed by a pit fire. On the other hand, the no. 2 Mercedes-Benz car suffered a missing wheel which paved the way for the no. 28 Audi R8 LMS to claim pole position.

The win never came easy for the no. 28 Audi R8 LMS as Muller made a costly mistake at the Veedol chicane with five hours left on the race. Then, a flash fire occurred while the no. 28 Audi was refuelling with four hours to go. Despite these events, Mies, Sandstrom, Vanthoor and Muller were determined to give Audi's third Nurburgring 24 Hours victory. 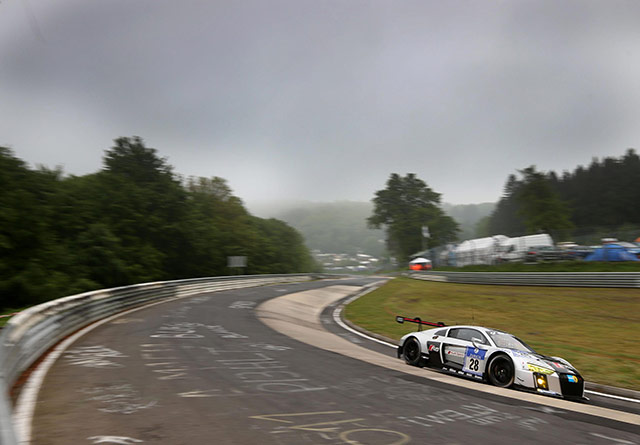 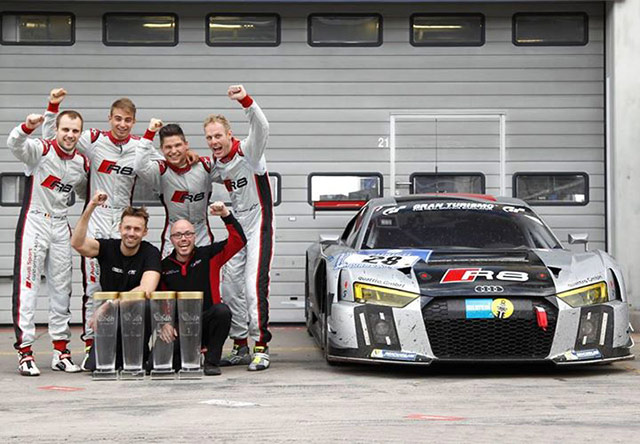 Taking the final spot on the podium was the no. 44 Porsche 997, driven by Peter Dumbreck, Wolf Henzler, Martin Ragginger and Alexandre Imperatori

In fourth place was the no. 26 BMW Z4 driven by Augusto Farfus, Jorg Muller, Nicky Catsburg and Dirk Adorf. The group also suffered a flash fire during a refuelling stop. The no. 26 BMW Z4 finished 53 seconds behind the no.44 Porsche 997.

Subaru WRX STI dominates its class in 24 Hours of Nurburgring