A chance to turn virtual racing dreams into reality

Nissan, in collaboration with Sony Thai Co., Ltd., launched the Nissan GT Academy in Thailand to let virtual racers have an opportunity to become a Pro NISMO Athlete. Like Jann Mardenborough, who is a GT Academy champion now signed by Red Bull to race in GP3, Nissan intends to create the same opportunity for Thais to gain motorsport experience at international level. 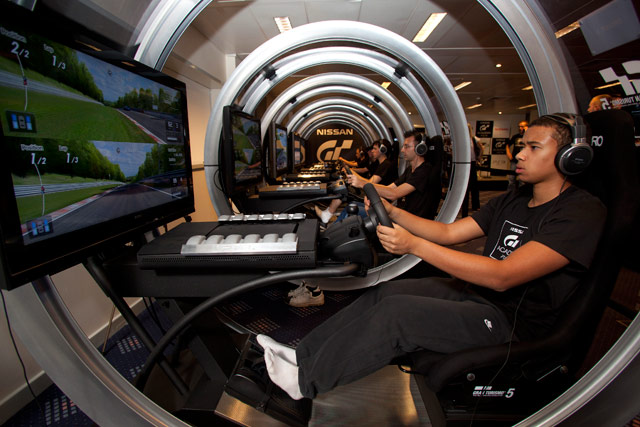 “Since its conception, Nissan GT Academy has been defying both common sense and motorsports tradition. The program takes gamers who excel at PlayStation®3 Gran Turismo®6 (GT6TM) and turns them into professional drivers in a matter of months. With the launch of GT Academy in Thailand, Nissan encourages Thais to unlock their potential and achieve more by joining this exciting and innovative program,” said Hiroyuki Yoshimoto, president of Nissan Motor (Thailand) Co., Ltd.

In the first round of the competition, Nissan GT Academy will select the top 28 Thai virtual racers. 14 virtual racers will come from the Nisssan GT6TM Simulators and the other half from the PlayStation® Network. Individuals can join the competition by getting behind the wheel of a Nissan GT6TM Simulator at a “Nissan GT Academy Live Event” at the 2014 Bangkok International Motor Show.

After the Bangkok Motor Show, Nissan GT Academy will go to Khon Kaen, Surat Thani, Bangkok, and Chiang Mai from April 24 to June 15, 2014. The top 14 contestants from the said cities will advance to the National Final which will take them to the GT Academy International Race Camp.

On the other hand, individuals who wants to enter the competition via PlayStation® Network should be playing a special edition of Gran Turismo®6 on PlayStation®3 (PS3TM). The top 14 virtual racers will be selected through a series of online time trials completing the top 28.

The top 28 will head on to the two-day National Final on June 25-26, 2014 at the Bira Circuit International Pattaya. Virtual racers will battle each other using the Nissan GT6TM Simulators and will be put into a driving skill challenge with the high-performance Nissan Pulsar DIG Turbo. Moreover, participants will also undergo a fitness challenge and a media test. Afterwhich, the top 6 participants will take part in the Final Selection Round with a Race Camp completion to be held at the Silverstone Circuit in the U.K.

After an 8m13.878s record-setting ascent of Pikes Peak, Peugeot Sport is set to take on the Dakar in January 2015.

With fresh livery and a higher cubic capacity for better efficiency, the Audi R18 e-tron Quattro is ready to take on the 2014 WEC season.

Why Bangkok is significant