Sam Bird claimed the fourth round of the 2015-16 Formula E season, giving the DS Virgin team its first win. Bird managed to hold off Sebastien Buemi and Lucas di Grassi who finished in second and third respectively.

Bird started the race from pole and controlled the pack from the front. While Bird was untroubled at the front, Buemi was giving his all to work his way up the order.

The Renault e.dams driver, who started the race from 18th, managed to improve his standing to 15th during the opening lap. From there, Buemi carved his was through the pack and landed in fifth place when Antonio Felix da Costa's car ground to a halt. 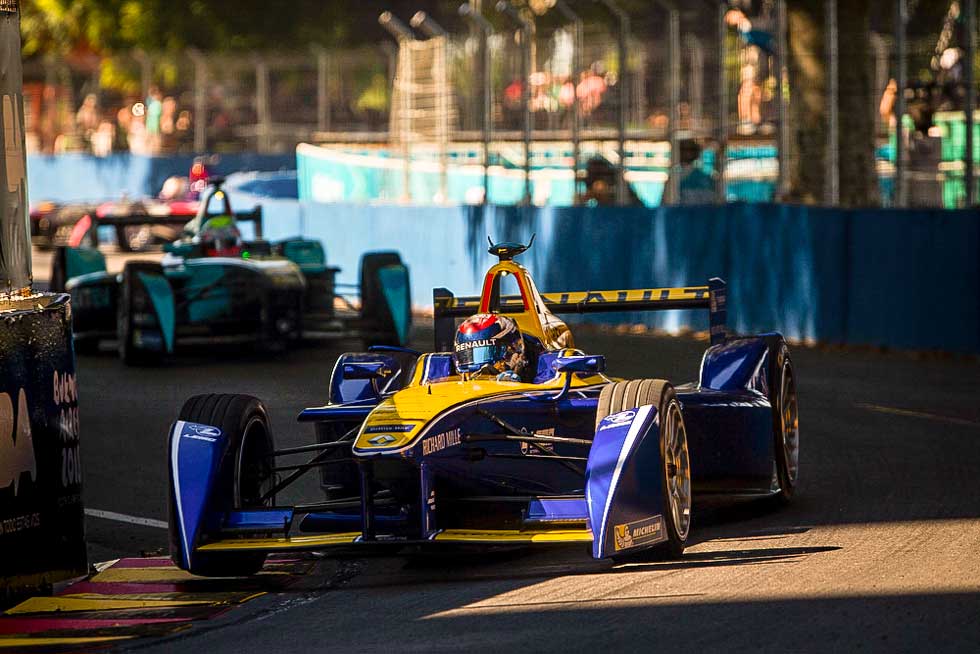 As a result, the safety car was deployed and bunched up the field. This allowed Buemi to jump into third, behind Bird and title rival di Grassi.

After the restart, di Grassi tried to steal pole position from Bird but to no avail. Di Grassi made a small but critical mistake which allowed Buemi to steal away second place. With this, Bird and Buemi went head to head with just two laps to go however the DS Virgin driver was determined to win the race. In the end, Bird managed to keep Buemi behind.

Stephane Sarrazin continued his strong form in qualifying with a solid run to fourth for Venturi, to equal his best Formula E result to date. Front-row starter Nico Prost finished fifth on the road, fighting back from eighth after a quick spin. 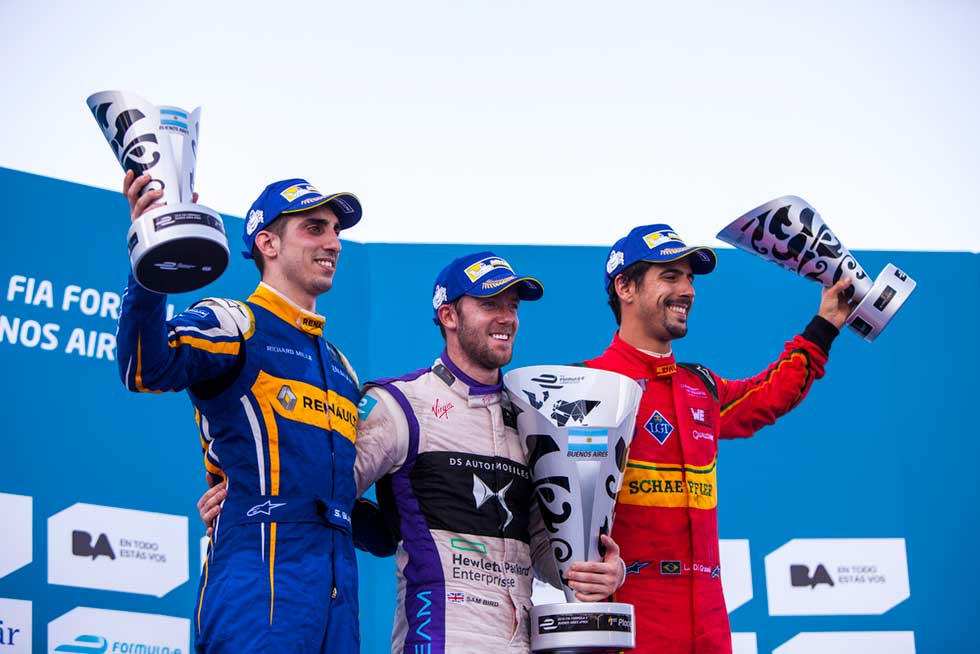 After the fourth race of the 2015-16 Formula E, Buemi still sits on top of the drivers' standings with 80 points. He is followed by di Grassi with 76 points and Bird with 52.