Virgin's Sam Bird dominated the second round of the FIA Formula E championship held at the Putrajaya street circuit in Malaysia last November 22, 2014.

Bird started the race from second on the grid and got past Oriol Servia of Dragon Racing team on lap five. He held on to his lead until he came into the pits to change cars.

Upon exiting from the pits, Bird was in second place behind Daniel Abt of Audi Sport ABT team, who was the first driver to change cars. However, Bird didn't want to settle for a second place finish and made his move on lap 25 to retake the lead. From then, Bird cruised his way to victory.

On the other hand, first round winner Lucas di Grassi of Audi Sport ABT team started from the ninth row of the grid, but managed to finish second. The Brazilian driver had a clean run and ended up in second place when Jarno Trulli and Nelson Piquet, who were in third and fourth place, collided in the first corner which took both of them out of the race. Rounding up the podium finishers was Sébastian Buemi of e.dams-Renault team who also fought his way through the track from the back of the grid. 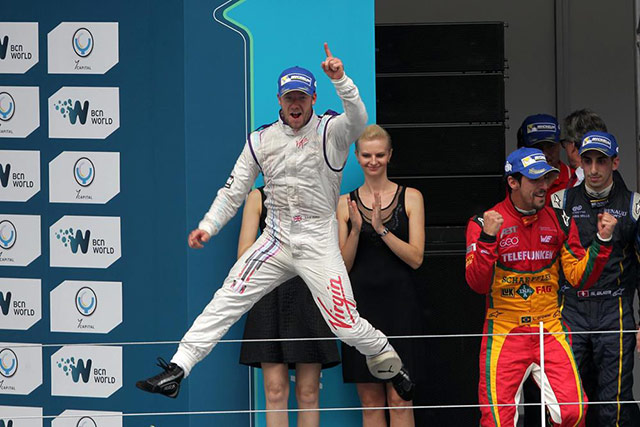 After a dominating performance, Bird gave the Virgin Racing team its first victory and the British driver dedicated his win to Jules Bianchi.

“I have to dedicate this win to a good friend of mine who is very ill. It’s very sad what’s happened to him and this one is for Jules,” Bianchi said.

The next round of the Formula E championship will be at Punta del Este in Uruguay on December 13.