Report: Red Bull not pleased with Kyvat's actions in Sochi

Hamilton inches closer to 2015 championship with win in Russia

After four seasons of being close to victory, Valtteri Bottas has just won his first ever Formula 1 race at the 2017 Russian Grand Prix in Sochi. Thanks to a smooth start from the grid, Bottas (who qualified P3) was easily able to overtake Ferrari duo Sebastian Vettel and Kimi Raikkonen who qualified first and second respectively.

With a good launch, Bottas overtook the two Ferraris by second corner on the opening lap and started to pull away thanks to clear air ahead. However, the gap would be short-lived when some of the drivers came into contact with one another. Lance Stroll spun out after making contact with Renault's Nico Hulkenberg but both drivers were able to carry on racing. It was the collision between Haas' Romain Grosjean and Renault's Jolyon Palmer that resulted in three safety car laps and the retirement of both drivers from the Russian Grand Prix. 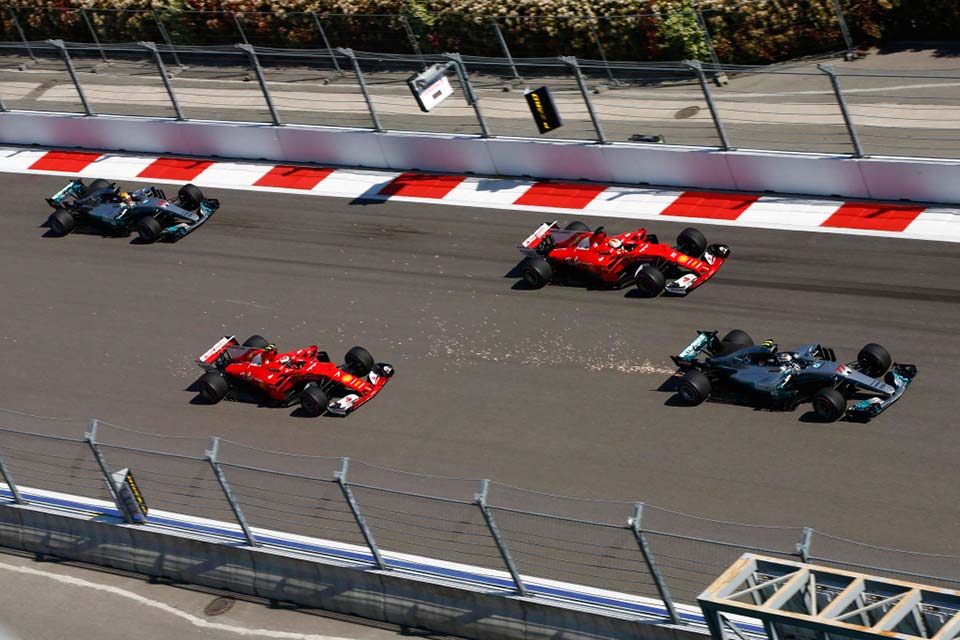 When the green flag was waved once again, Bottas continued his strong drive to pull away from Vettel and Raikkonen. After leading the race from the start, Bottas pitted on lap 27, handing over the lead to Ferrari momentarily. The Italian squad tried to overcut Bottas by pitting him seven laps later. The strategy seemed to have worked as this allowed Vettel to have fresher tires to attack Bottas during the closing stages of the race.

At the very last lap, Vettel was catching up to Bottas but back markers got in the way. The German settled for second while Raikkonen finished in third, allowing Bottas to claim his first victory.

“It’s going to take a while to sink in. Normally I’m not that emotional but hearing the Finnish national anthem was very special for me. It’s all a bit surreal, the first win and hopefully the first of many. It was definitely one of my best races ever,”said Bottas.

It was a different story however down the grid as the other drivers had to go wheel to wheel with one another to keep their positions. Lewis Hamilton was able to maintain fourth place even though he nearly collided with Red Bull Racing's Max Verstappen early on in the race. While he was able to hold off the young Dutchman, Hamilton also had to deal with overheating problems and was told to preserve the car in order to finish the race. 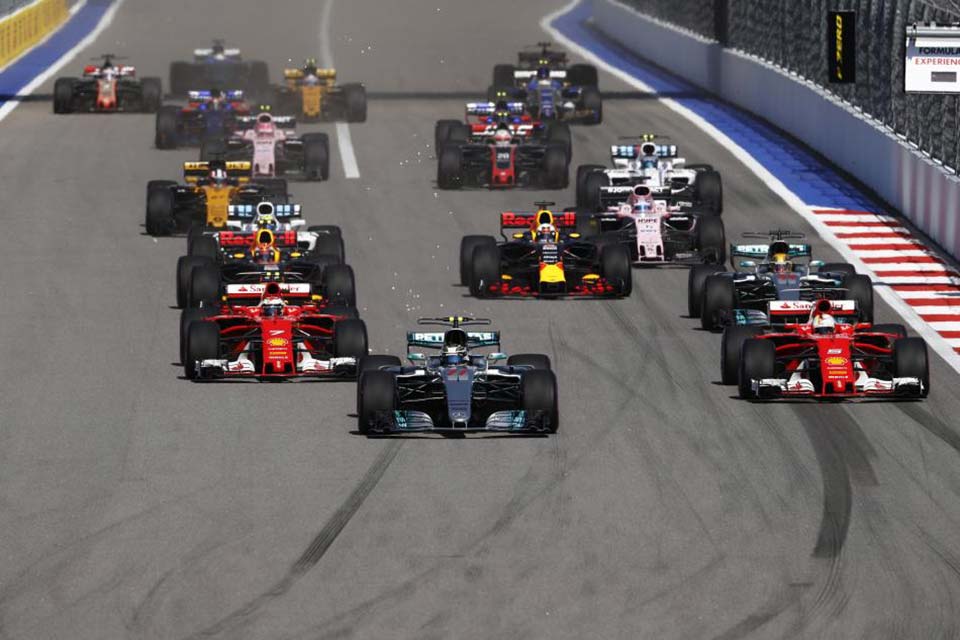 “A big congratulations to Valtteri. He did an exceptional job today and he really deserves it. He’s been fast all weekend and he’s done such a good job for the team. He’s a fantastic teammate to work with and it’s such an amazing feeling winning your first Grand Prix. For me it was a very tough weekend. I just wasn’t quick enough. I’ve never had cooling issues like that before but it meant I was out of the race from the get-go,” said Hamilton.

Max Verstappen was all alone during the race as Daniel Ricciardo's brakes caught fire. Despite the team's best efforts to fix the car, Ricciardo would end up watching the race from the sidelines yet again. Verstappen meanwhile also had brakes problems, leading to blistered tires. Despite that, he was able to hold off the advancing Force India drivers of Sergio Perez and Esteban Ocon. Ultimately, he was able to finish fifth in the race, while the Force India duo ended the Russian Grand Prix in sixth and seventh accordingly. 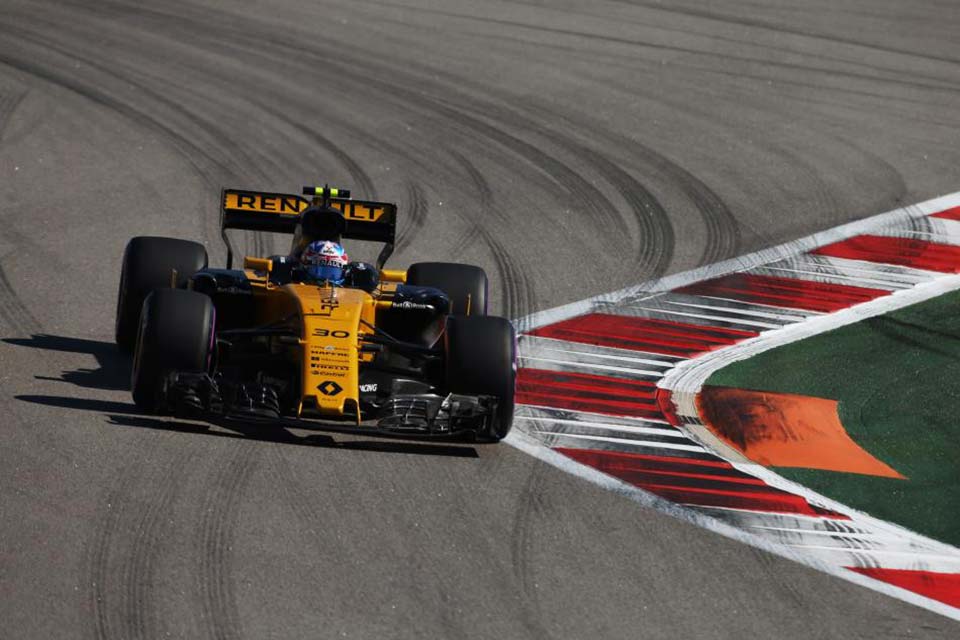 Nico Hulkenberg managed to finished the race in eigth after bouncing back from a minor collision with Williams' Lance Stroll. In addition, Hulkenberg was able to carry his first set of tires all the way to lap 40. Felipe Massa had sixth all to himself but ultimately ended in ninth after suffering a puncture in lap 41. Rounding out the points finishers is Carlos Sainz from Toro Rosso.

Still at the top of the 2017 Driver Standings is Sebastian Vettel with 86 points. Following behind the German is Lewis Hamilton who now has 73 points. Sitting at third overall is his teammate Valtteri Bottas with 63 points. Over to Constructors', Mercedes-AMG Petronas is still at the lead with 136 points while trailing behind is Ferrari with 135 points. Red Bull Racing is currently at third with 57 points. 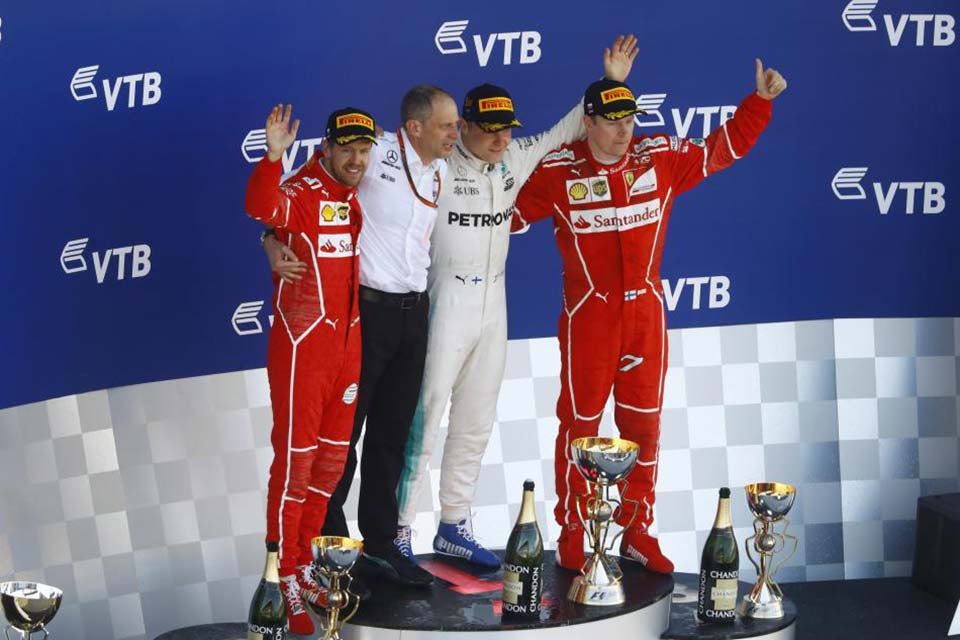 Renault-Nissan and AVTOVAZ to finalize partnership