Andretti's Jean-Eric Vergne started the race in pole, but China Racing's Nelson Piquet Jr. grabbed the lead into Turn 1. However, Piquet pushed a bit too hard as he passed Vergne and brushed the wall resulting to minor damage. With this, Vergne capitalized on Piquet's mistake and regain the lead as they came into the Turn 8 hairpin. Piquet tried to defend his position as e.dams-Renault drivers Buemi and Nicolas Prost lurked behind him.

Then, Venturi's Stephane Sarrazin hit a kerb, broking his suspension and spun. As a result, the safety car was deployed and all the drivers entered into the pits. At the restart, Buemi was sitting in at second behind Vergne with just four laps to go. 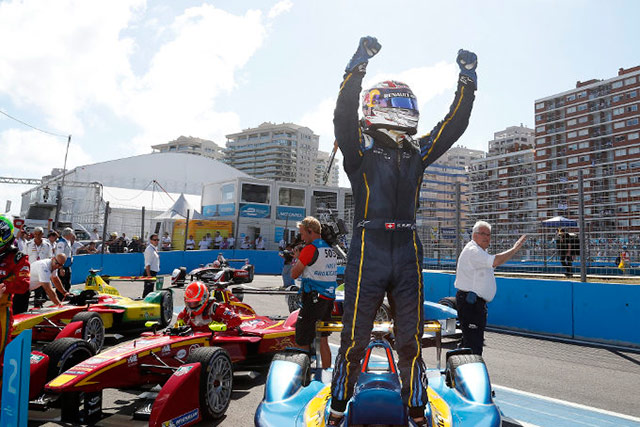 Vergne and Buemi continued to battle for pole position until the Andretti driver was forced to retire due to a broken suspension. This unfortunate event enabled Buemi to take pole position and to finish ahead of the pack. Completing the podium finishers were Piquet and championship leader Lucas di Grassi.

After the third round of the 2014 Formula E season, Lucas di Grassi still leads the drivers' championship points with 58; followed by Buemi and Sam Bird who are tied in second with 40 points. On the other hand, Nicolas Prost is currently in third with 24 points.

In terms of teams' championship points, e.dams-Renault leads the pack with 64 followed by Audi Sport ABT with 62 and Virgin Racing with 54. The next round of the 2014 Formula E Grand Prix will be at Buenos Aires in Argentina on January 10, 2015.

The Honda Civic TCR is being developed by J.A.S. Motorsport with Mugen responsible for its powertrain.