Formula E is underway with first official test in the books

Renault e.dams and Sebastien Buemi celebrated their second victory of the 2015-16 Formula E season. Buemi won the Punta del Este ePrix which brings him and the team back into the top spot in the Drivers' and Teams' standings. Lucas di Grassi finished in second, while Jerome D'Ambrosio completed the top three finishers.

Buemi had a tough time during the qualifying round which forced him to start the race from fifth position on the grid. The Swiss driver had a good start which allowed him to take fourth place from Abt Schaeffler’s Lucas di Grassi. 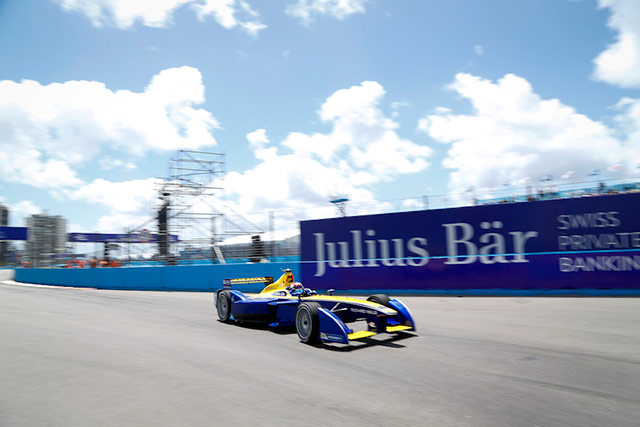 From there, Buemi was determined to improve his position as he sneaked up to the back of DS Virgin's Sam Bird and Dragon Racing's Loic Duval. After passing Bird and Duval, the Renault e.dams driver continued his pursuit, hunting down pole-sitter Jerome D'Ambrosio.

“The start was really important for the outcome of the race. Pulling away from the clean side of the grid meant I could jump di Grassi and then close in and pass D’Ambrosio and Bird in the opening laps,” said Buemi.

Finishing in fourth was Bird while Duval ended the race in fifth. Nick Heidfeld finished ahead of Robin Frijns while Stephane Sarrazin finished in eight and Antonio Felix Da Costa in ninth. Completing the top ten was Renault e.dams' Nicolas Prost. 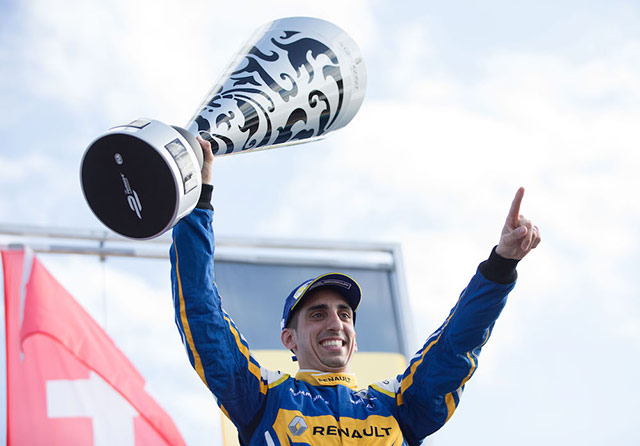 “Today's win was really important for us following the problems we encountered in Putrajaya [Malaysia]. The work doesn't there; we will keep on developing the car in order to continue winning races,” sais Driot.

As a review, Buemi's car suffered technical difficulties during the Malaysian ePrix and halted as the race neared its midway point.

After the third round of the 2015-16 Formula E season, Buemi leads the drivers' standings with 62 points. He is followed by Di Grassi with 61 and D'Ambrosio with 28. On the other hand, Renault e.dams leads the teams' standings with 73 while ABT Schaeffler Audi Sport sits in second with 71 and Dragon Racing with 52.