This year's Azerbaijan Grand Prix is one for the history books. Three safety car periods in a row, a red-flag and none of the championship leaders were on the podium. When the dust settled, it was Daniel Ricciardo who kept his car out of harm's way to win the eventful race.

It was chaos the moment the cars reached the first turn. Going off-track, Daniil Kvyat nearly slammed into the side of team mate Carlos Sainz Jr. The latter was forced to take evasive action and spun out as a result. Meanwhile, more contact would happen between Kimi Raikkonen and Valtteri Bottas. Bottas tried to take Rakkonen on the inside but the curb bounced the Mercedes into the side of the Ferrari. The impact took out the front wing of Bottas' car while Kimi suffered some rear wing and wheel damage.

A few laps later, the safety car was brought out for the stricken Toro Rosso of Daniil Kvyat. Moments after, Max Verstappen would also encounter mechanical maladies when the engine on his Red Bull expired. Throughout the period, Hamilton was complaining about the pace of the safety car, stating that it was too slow to keep the tires warm. Hamilton then slowed down, catching Sebastian Vettel off-guard and slammed into the back of the leading Mercedes. Vettel later drove alongside Hamilton to show his displeasure and made contact.

Racing resumed after a lengthy safety car period but it didn't last long as Force India team mates Esteban Ocon and Sergio Perez would slam into each other. The latter suffered significant damage to the front wing and suspension while Ocon carried on racing. Kimi, running over the debris, wound up with a puncture. As the Finnish driver limped his Ferrari to the pits, the tire unraveled, causing more damage to the rear wing and to the floor of the car. The safety car picked up the pack but the marshals decided to red-flag the race to pick up the littered debris on the track. 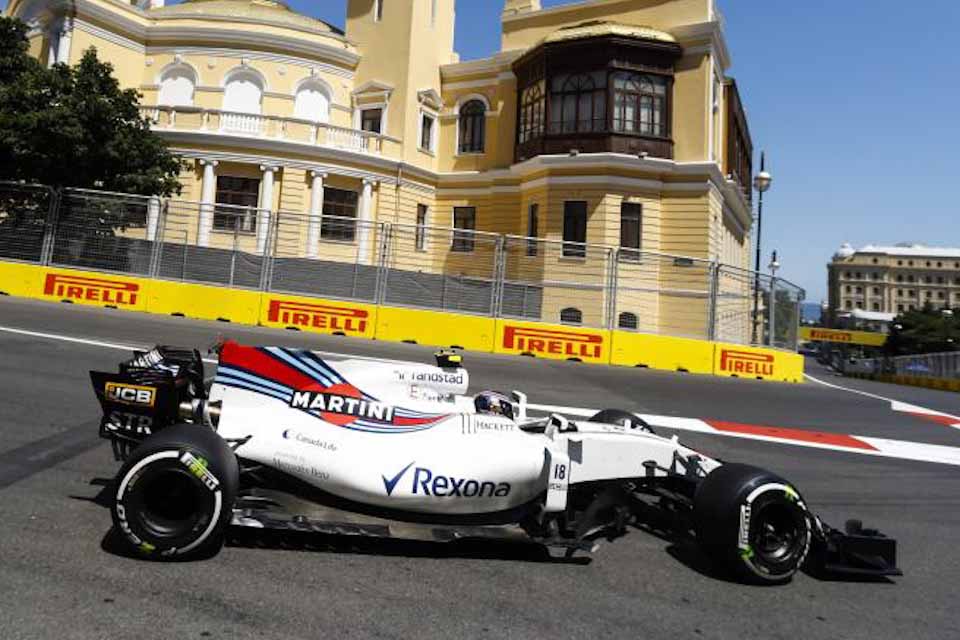 Felipe Massa was in contention for the win but he too would encounter problems with his Williams. Amidst the confusion and the chaos, Daniel Ricciardo would take on three cars, grabbing third on this restart. Rookie Lance Stroll was also making waves in Baku to get fourth as his team mate limped his car back to the pits. At the same time, Bottas was on his way to a strong recovery drive, unlapping himself following the consecutive safety car sessions.

The race would come undone for the championship contenders Vettel and Hamilton. When racing resumed, the headrest on Hamilton's car came loose. He tried to keep it in place on the long straight but to no avail. As it was a safety concern, he was forced to pit in for the new part. Vettel meanwhile was slapped with a ten second stop-and-go penalty for dangerous driving during the safety car period. After serving his penalty, Vettel was still ahead of Hamilton, much to the latter's frustration. There was also a blunder on pitlane when Ferrari mechanics forgot to return the steering wheel on Raikkonen's car. He later retired from the race 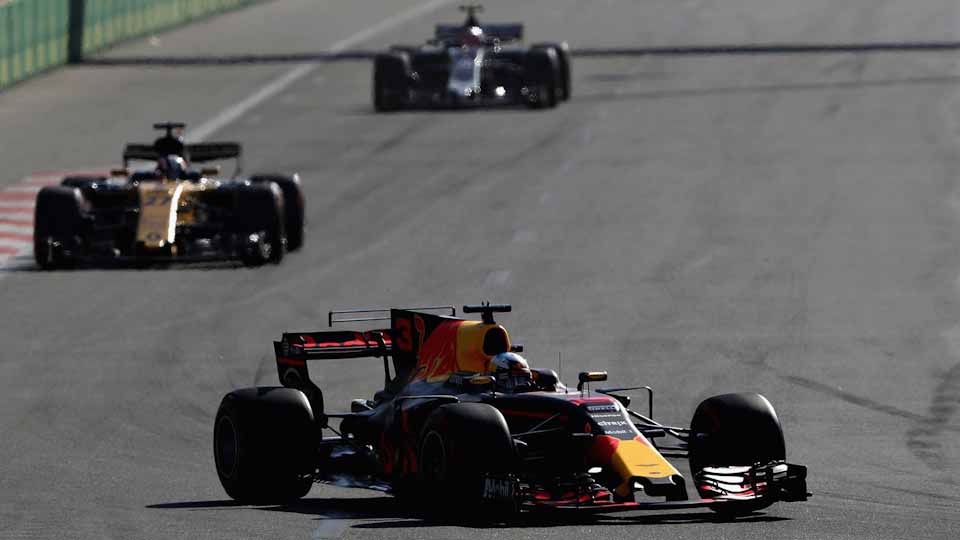 With that, Daniel Ricciardo inherited the lead and elevated Lance Stroll to second place. With a comfortable margin between the top two, the race for third was anybody's race. At first, Kevin Magnussen was poised to give Haas their first podium but was overpowered by Force India's Ocon. Fernando Alonso meanwhile was also in contention for a podium but the lack of straight line speed cost him. And then, Bottas was consistently setting lap records as he diced through the top ten with Vettel and Hamilton in tow.

Towards the end of the race, Ricciardo was set for the win and cruised past the start/finish line to claim his fifth career victory. Meanwhile, Bottas was able to take third away from Ocon and was in hot pursuit of Stroll for second. The Mercedes-AMG driver overcame a ten second gap to pip Stroll for second when they crossed the line. Stroll may have lost the position but he still bagged third, getting his first career podium, as well as Williams' first top three finish of the year. 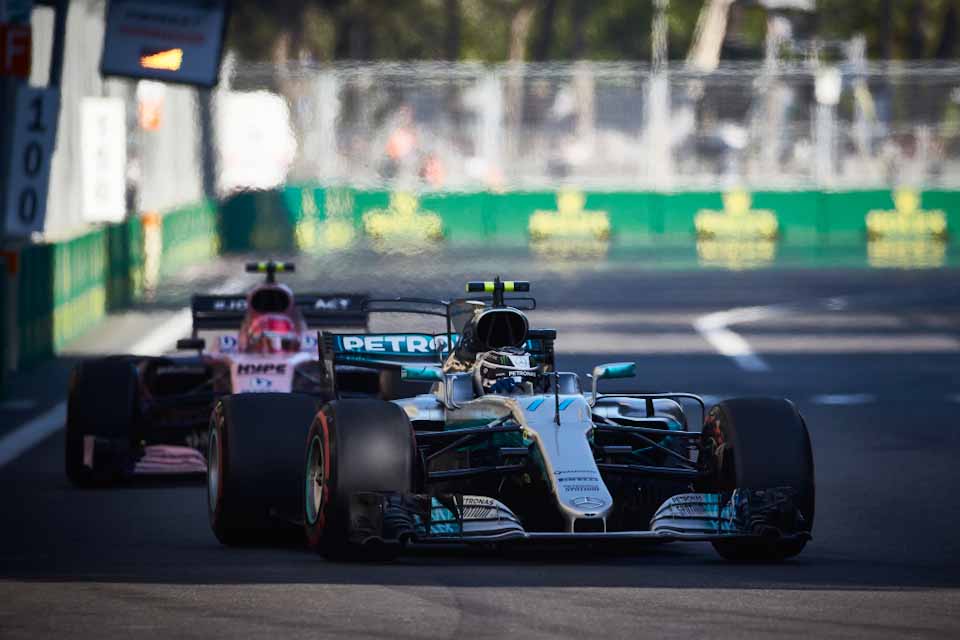 Vettel and Hamilton finished fourth and fifth respectively. Ocon meanwhile finished in sixth, ahead of Magnussen in seventh. Despite the spin, Sainz Jr. salvaged eighth in the race. McLaren also had reason to celebrate as Fernando Alonso finished the eventful GP and claim ninth, the team's first set of points for the year. Sauber also got one point with Pascal Wehrlein finishing tenth.