Race of Champions: the Olympics of Motorsport

The 2014 ROC started by dividing the participating drivers into four groups of four to determine who will advance in the knockout stages. 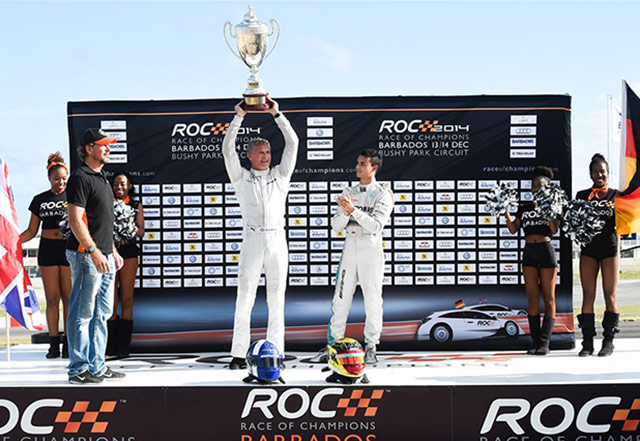 To reach the final stage, the veteran Coulthard defeated Solberg and Australian V8 Supercars Champion Jamie Whincup. On the other hand, the young Wehrlein had defeated the 2014 FIA Formula F3 Champion Esteban Ocon.

During the best-of-three final stage, Coulthard defeated Wehrlein in the first race. Then, the veteran F1 driver showed no sign of slowing down as he went to win the second race clinching his first-ever ROC trophy.

The win is Tom Kristensen's first ROC victory after having to settle for runner-up honors for the last two events for the Champion of Champions Cup.

Want to take on David Coulthard on a Mercedes-Benz SLS?