Larry Mendiola to Challenge China RFC for 2011 with LR Philippines

Team owner and driver Lord Paul Drayson piloted the sub-1000kg car to a top speed of 328.60 km/h that's fast enough to break the existing record which stood at 280 km/h since 1974. The Lola B12 Le Mans Prototype race car was subsequently adapted to run on pure battery power and was also configured for low-drag operation to maximize every ounce of power that's squeezed out of its power source. 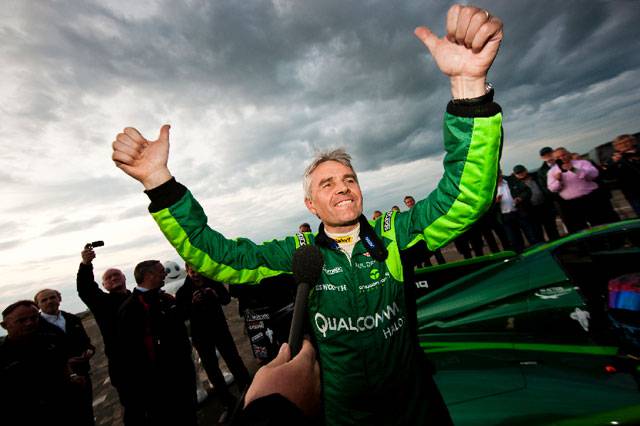 “I’m delighted we’ve beaten the record tonight and can show the world EVs can be fast and reliable,” he said after capturing the record. “Drayson Racing is a laboratory for EV technology, testing it to the most extreme level, as we’ve seen today. It is not the outright speed of 204.185mph that is most impressive about this record, but the engineering challenge of accelerating a 1000kg electric vehicle on a short runway over a measured mile.”

The record breaking attempt is currently subject to FIA homologation before the official land speed records may be awarded.

Loeb maneuvers the Peugeot 208 T16 Pikes Peak to set a new record for the unlimited class.