In what appears to be a timely announcement as Formula One teams start revealing their 2014 race cars, Lotus F1 announced that their Team Principal Eric Boullier is being replaced by co-Chairman Gérard Lopez with immediate effect. Lopez doubles his role as Team Pricipal share chairmanship with property investor Andrew Ruhan, a shareholder that got involved with the team last year.

Boullier has served as team principal from 2010 when the team was called Renault F1, and renamed to Lotus Renault GP to its current Lotus F1 Team and continued so until the end of 2013. He is erstwhile vice-chairman of the Formula One Teams Association.

Rumors continue to circle around about the team’s financial woes after ace driver Kimi Raikonnen said he would quit after the 2013 season because he was not receiving his salary, and the team’s decision to skip the 2014 season’s first official test at Jerez, Spain. The team however maintain that they are still in good standing and recently announced a new partnership with Danish online investment firm Saxo Bank.

"Lotus F1 Team has never stood still and we head into what promises to be an exciting 2014 season with an innovative new car, new partners and a new management structure at Enstone. Great things have been achieved over the past years and we need to continue this momentum," said Lopez.

The team also announced a new deal with Russian mobile device maker Yota Devices for its YotaPhone to be an official sponsor.

"We thank Eric for all his hard work over the past four years and we are confident we can continue to fight as one of the top teams in Formula 1 over the seasons ahead," added Lopez. 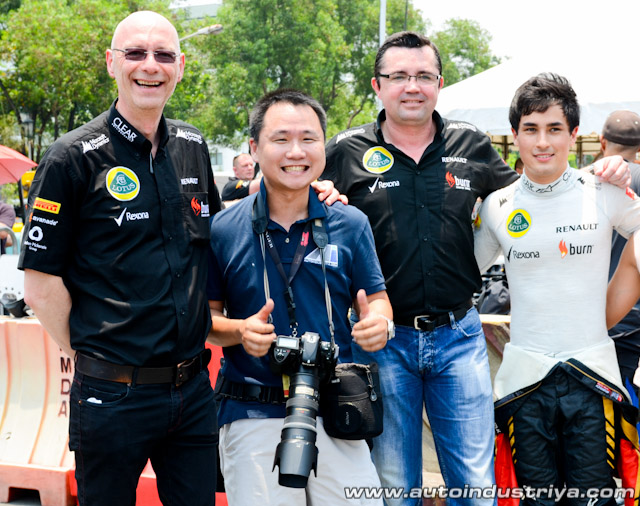 Both Boullier and Louis came with the Lotus F1 Team to Manila middle of 2013 for a Roadshow event entitled 'The Manila Speedshow' led by Lotus F1 Junior Team member Marlon Stockinger who is a Filipino-Swiss driver currently competing in the Formula Renault 3.5 series. Stockinger is setting his hopes to be the first Filipino driver to land a seat in Formula One.

Reports have been going around that Boullier is set to move to McLaren after the departure of Matthew Whitmarsh from the team following the return of Ron Dennis as CEO.

Woking-based McLaren reveals the new MP4-29 set to challenge the 2014 Formula One Championship.