Will be powered by a 1.6-liter turbocharged engine

Skoda recently revealed the Fabia R5 rally concept car ahead of the 2014 Essen Motor Show which will take place in Germany from November 29 – December 7, 2014. According to the Czech automaker, it is their vision of a new rally car and will be the successor of the company's Fabia Super 2000, which was able to win titles at the FIA Asia-Pacific Rally Championship (APRC) and garner the Drivers' Title at the FIA European Rally Championship.

Based on the new-generation Skoda Fabia, the Fabia R5 really concept is mainly covered in white and is accompanied by a green Skoda livery. It has a wider bodykit, a roof scoop, smaller side mirrors, a rear wing, racing wheels, bigger brakes and a centrally positioned exhaust pipe. To meet FIA regulations, the car must at least weigh 1,230 kg. 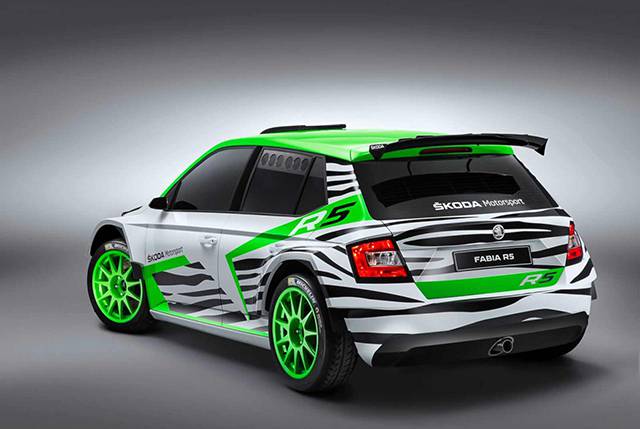 It will be powered by a 1.6-liter turbocharged gasoline engine and will mated to a 5-speed sequential gearbox. MacPherson struts will be used for the front axle while there are no reports yet what will hold the rear axle.

According to Skoda, customer racing teams have already showed interest in the new Skoda Fabia R5 rally concept as it will compete in the WRC 2 series for next year.

McLaren GT will be fielding two 650S GT3 cars to the 2015 Le Mans, the works cars will run alongside a Pro-Am customer car managed by the team.

This cool pickup truck from Skoda was designed by students