Floirendo finishes third in 4th round of 2014 Ferrari Challenge Asia at Inje, Korea

The Philippine flag will fly high at the Ferrari Challenge 2014 this year as Vincent Floriendo together with Philippine Ferrari importer and distributor Autostrada Motore represent the country and take the wheel of a 458 Challenge EVO race car to go against International drivers in the unique one-make series of Ferrari open to drivers carrying International C and B racing license. Floirendo starts the 2014 series on February 21 to 23 at Sepang Circuit in Malaysia.

"We congratulate Vincent Floirendo for taking up this exciting and history-making challenge for the Philippines. Ferrari and its official dealers are the only ones allowed to enter cars in this racing series. We will support him all the way and hope this inspires more Filipino drivers to participate in motor sports," said Marc Soong, executive director of Autostrada Motore Inc., official importer and distributor of Ferrari in the Philippines.

The Ferrari Challenge Asia-Pacific will have four classes this year: Trofeo Pirelli, Trofeo Pirelli Pro, Coppa Shell and a new Gentlemen Cup for drivers over 50 years old. Floriendo will be competing in the Trofeo Pirelli division with his #55 car finished in Rosso Corsa. He will be accompanied by his chief race engineer and tuner Marverick 'Mato' Tan.

For 2014, the Ferrari 458 Challenge cars will feature the EVO kit which features a new front splitter and rear wing. 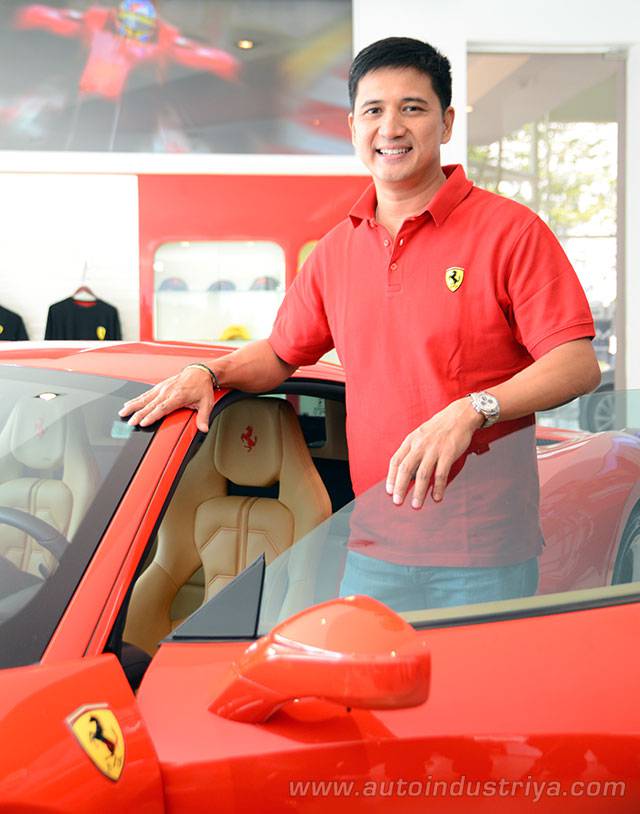 The 45-year old businessman from Davao holds two Driver of the Year titles for the Yokohama Philippine GT Championship under his belt (2011, 2012). He has also previously competed in the national karting series, Philippine Touring Car Championship and Super Saloon touring car series.