Ferrari unveils the F14 T for 2014 Formula One season

Scuderia Ferrari has unveiled their 60th Formula One car in Maranello - the F14 T. The team says the name is derived from a combination of the current year and the introduction of the turbo-compressor in the engine. The Italian team are setting their sights on the championship this year with their new car and the driver pairing of Formula One champions Fernando Alonso and Kimi Räikkönen. 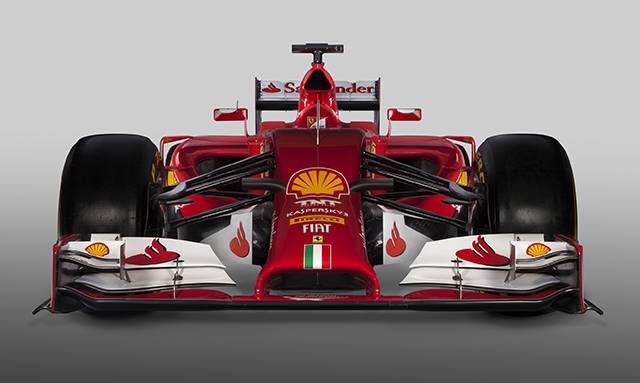 The F14 T features numerous changes to adapt to the raft of rule changes. Aesthetically, the nose pays homage to the Ferrari 312, 312B, and the championship winning 158 (1964) race cars during the 1960’s. This is due to rules requiring a lower chassis and nose for driver safety. The front wing is now 75mm narrower per side to make it less vulnerable to collisions with other cars and with the barriers. The rear wing has also changed due to new DRS regulations.

Powering the car will be a new 1.6-liter 24-valve V6 turbo engine with a new ERS (energy recovery system) mated to an 8-speed gearbox. Careful work has been done to optimize the balance of the new cooling requirements for the intercooler, ERS coolers and downforce.

The pull-rod suspension setup from the F138 has been retained, however the front suspension has been reconfigured for the lower monocoque. The Brembo brakes have been reworked to adapt to the increased braking effort by the ERS motor on the rear, while giving more bias to the front. Ferrari will also be using a new brake-by-wire system to optimize pedal consistency and brake balance control as the ERS braking contribution changes during the braking maneuver.

The team also shared that it had a difficult time with weight control due to the "sheer complexity of the 2014 regulations" to deliver a car meeting the 691kg minimum weight requirement. They are also looking forward to integrate the new F14 T with the 2014 Pirelli tires which the team hopes to fully optimize. 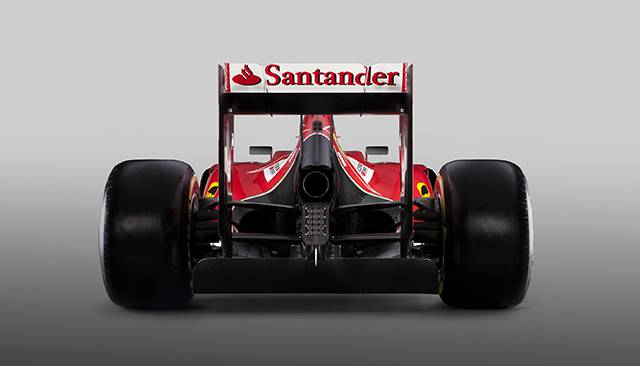 The Ferrari F14 T will make its track debut at Jerez, Spain next week during the first official pre-season test session.

Enstone-based Lotus F1 has released digital renderings of its new E22 race car for the 2014 Formula One season.