The Spark-Renault SRT_01E Formula E car made its debut on September 10 in Frankfurt. The fully-electric single-seater racecar will be used when the first global electric race series begins in September 2014.

The SRT_01E is designed to push the limits of the current achievements in electric motorsport. With the developments, it ensures the cost-effectiveness and sustainability of the cars while it copes with the demands of racing on city-center circuits.

The car’s monocoque chassis has been constructed by the Italian firm Dallara, and has been aerodynamically designed to aid overtaking. The chassis is made of carbon fiber and aluminium, and will be fully compliant with the 2014 FIA crash tests. The electric motor, gearbox, and electronics are provided by McLaren Electronic Systems while the design and supply of batteries came from Williams Advanced Engineering. With the current set-up, the car is able to reach 272 PS. 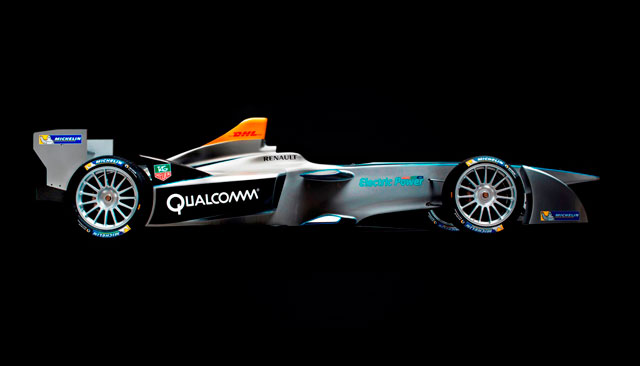 Building the electric racecar took 10 months of research and development. By the start of the 2014 Formula E Championship, 20 drivers from 10 teams will be competing using the zero-emission car. The first season will be an open championship to encourage manufacturers to build their own electric racecars too.

“With Formula E being an open championship, the series gives manufacturers the opportunity to showcase their electrical energy innovations and we’re delighted to have Spark Racing Technology as the first, and for them to produce our new fully-electric Formula E car. Spark has enlisted the very best companies in motorsport to aid with its development, with Dallara, Renault, McLaren, Williams and Michelin all leaders in their respective fields and it’s an honour to welcome them here today. The Frankfurt Motor Show is also the perfect environment to reveal our new car. Many leading manufacturers at the Show today are unveiling their new electric road cars but not just one offs, full car ranges, demonstrating how times have changed and why the time is right to launch the new FIA Formula E Championship,” said Alejandro Agag, CEO of Championship promoter Formula E Holdings. 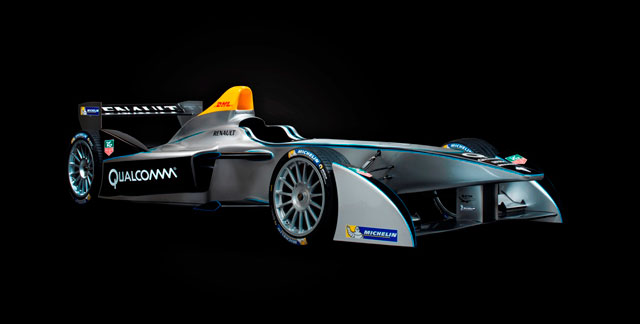