On the qualifying races for the fifth and sixth round of the FIA World Touring Car Championships, Gabriele Tarquini and fellow Honda teammate Tiago Monterio and Norbert Michelisz was able to secure their spot on the grid for the race day by finishing on the top three spot.

Following Honda's trio of drivers were Muller, Chilton, McDowall, Huff, Nash,Oriola, Coronel, Bennani and Nykjaer. Although Huff was dropped off the grid after his ten point penalty incurred when his car failed the ride height check earlier. 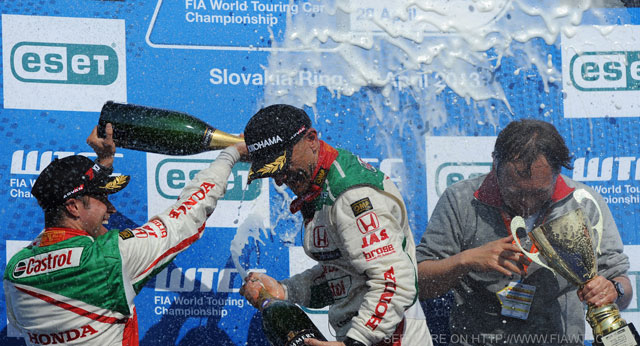 During the first day of the race, Gabriele Tarquini gave the Castrol-Honda team its first WTCC win when he converted his pole position into victory at the Slovakia Ring. Following close by was team-mate Tiago Monterio and Norbert Michelisz that completed a 1-2-3 win by Honda.

At the end of rounds 5 and 6, Yvan Muller continues to lead the driver's standing with 120 points followed by Tarquini with 96 points while Nykjaer grabs the third spot with 57 points. Meanwhile, Honda is enjoying its top spot for the Manufacturer's title with a total of 240 points.

The seventh and eigth round of the championship will resume on May 4 and 5 at Budapest’s Hungaroring.

Martin Reiss thinks the Philippines should invest in F1

Amidst the racing action is a whole world of opportunities like tourism and business investments. The world of F1 does not simply start and end on the racetrack.

The streets of Manila will be part of history in the making as racing sensation Marlon Stockinger drive Lotus Formula 1 race car for the Manila Speedshow.