FIA WTCC: Menu and Coronel share wins for Rounds 17 and 18 in Suzuka

Yvan Muller and Michel Nykjaer split wins for the 11th and 12th rounds of the FIA WTCC held for the very first time in Russia on the new Moscow Raceway.

WTCC Championship points leader Yvan Muller claimed his third consecutive pole position at the Moscow Raceway after an exciting qualifying session. The masterfully timed attempt by the Frenchman during his run just before rain started allowed him a good position within the timesheets. Muller edged Tom Coronel and Rob Huff, who qualified in second and third by narrow margins. 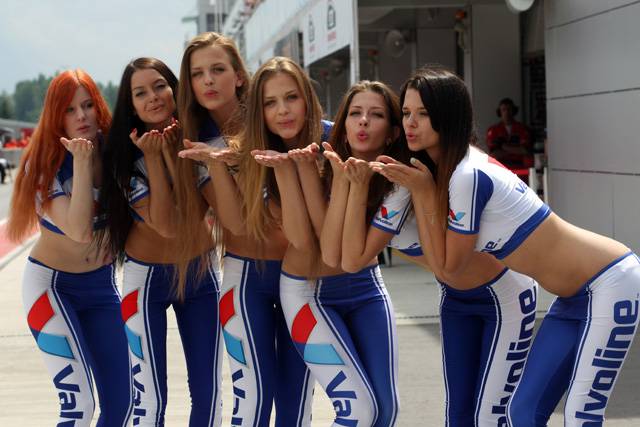 An early incident in the first race promted officials to send out the safety car after Charles Ng and Freddy Barth with both their BMW 320 TCs colliding in the first corner. Nikolay Karamyshev and Darryl O’Young unfortunately found themselves limping to the pits after failing to avoid the crash. Officials eventually decided to red flag the race to remove Ng’s car and resumed the next lap with O’Young and Karamyshev rejoining.  Up in front, it was Yvan Muller aboard his Chevrolet Cruze with much pressure from Dutch driver Tom Coronel aboard his BMW 320 TC. Norbert Michelisz quietly steered his Honda Civic S2000 TC safely behind the top two runners for the last podium position. He was followed by Rob Huff aboard the Seat Leon WTCC and James Thompson aboard the LADA Granta Sport; giving the home brand its best finish in the series so far. It also meant that five different manufacturers took the top five places as well. 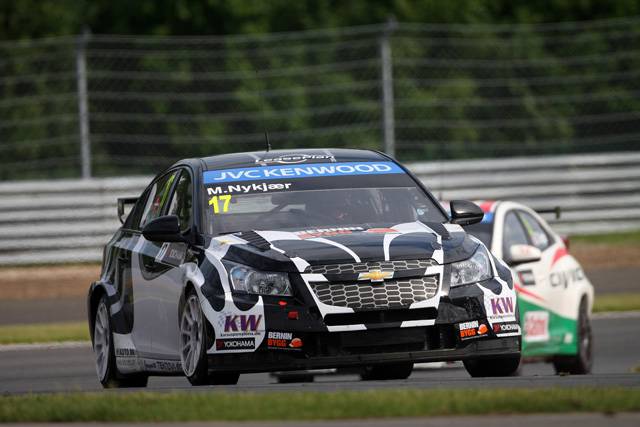 For the second race, a reverse grid order sent Mehdi Bennani to the front of the order, well on the way to his first podium, the Moroccan took an early lead blasting away with a good start on BMW 320 TC. However, a relentless Michel Nykjaer chased after Bennani on his Cruze. Just behind them was an exciting battle between Gabriele Tarquino on the Honda and Pepe Oriola on the SEAT, a slight contact betweent he duo sends Oriola down the order to seventh. A hard charging Tom Coronel would now find himself coming from the back of the order advancing to fourth after overtaking Thompson.

On the third lap, Coronel would lead a train of cars with Tarquini, Thompson, Huff and Muller in tow; however Coronel uncharacteristically finds his car swerving to the right as he brakes in the first corner. The Dutch driver collects Tarquini and Thompson in the process causing a massive pileup eliminating all three drivers. By the seventh lap, Nykjaer would eventually find a way past Bennani; the Moroccan would now find new challengers in the form of World Champions Huff and Muller. By lap 11, Huff and Bennani make contact sending the latter to a spin while Muller makes it through to second, while Huff recovers to take third.

Muller now enjoys a comfortable margin in the championship with 246 points against Tarquini’s 133. The Italian also now has Nykjaer to worry about as the Swede is only 5 points behind; Nykjaer’s win also brings him to the top of the Yokohama Drivers’ Trophy, ahead of James Nash.

The championship will resume at Porto’s Boavista street circuit on June 29th and 30th for rounds 13 and 14.

Volvo Car Group announces its plan to compete on the grid of the V8 Supercar Championship in 2014 with the Volvo Polestar Racing S60.

First overall win of the season at thefourth round of the 2013 Rally America National Championship.