FIA WTCC: Menu and Coronel share wins for Rounds 17 and 18 in Suzuka

The Panel of the Stewards has hit out with force at the drivers who turned WTCC’s qualifying session at the Salzburgring into a slow procession. Fourteen of them were investigated and twelve deemed guilty for “Unsporting behavior on the track which damages the image of motorsport in general and in particular the FIA WTCC” either in Q1 or Q2 or in both.

This places Michel Nykjær – the only Q2 qualifier not under investigation – on pole position for the first race.

Michel Nykjær and James Nash benefited from the grid penalties imposed after Saturday’s much-debated qualifying session. However, both of them deserved their successes. Nykjær completed a spotless Race 1, leading from lights to flag and keeping Nash at bay on the way to his second victory of the season. 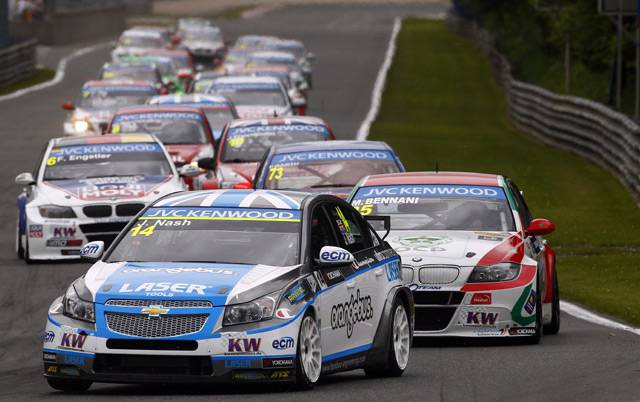 Nash reproduced the Dane’s performance in Race 2, resisting the pressure from Norbert Michelisz and creating a gap that was large enough to keep Muller at a safe distance on the last lap. This was the first WTCC win for both the young Englishman and the bamboo-engineering team.

Yvan Muller, starting from thirteenth on the grid, steadily carved his way through the field to complete an all-Chevrolet podium. Although he still managed to extend his lead on the overall championship by 80 points.

The championship will resume at the Moscow Raceway on June 8th and 9th for rounds 11 and 12, marking the series’ first visit to Russia.

Honda to supply F1 engines for McLaren in 2015

Honda to take on the challenges of Formula 1 after its six-season absence from the sport.

Maxus D60: the SUV for those who need performance, style, seating capacity, flexibility, and convenience