FIA WTCC: Yvan Muller gets back to back victory

RML team gets an amazing season opener for WTCC

Back-to-back victories for Yvan Muller gave the RML team a dream start to the 2013 FIA World Touring Car Championship season. Following Chevrolet’s decision to withdraw from the WTCC, a last minute deal was made to run a pair of Cruze cars which eventually did a 1-2 finish in the first race with Yvan Muller and Tom Chilton as drivers. Alex MacDowall meanwhile completed an all-Chevrolet podium with the bamboo-engineering Cruze.

Finishing after the three Cruze cars were Gabrielle Tarquini and Tiago Monterio of Castrol Honda WTCC team with fourth and fifth places respectively. 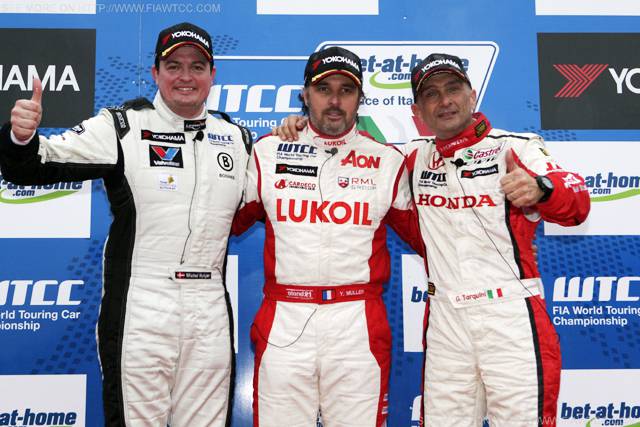 The reigning World Champion, Rob Huff, meanwhile managed to get some points after his SEAT Leon's suspension broke. Starting from the back of the grid in both races, Huff carved his way through the field to finish sixth in Race 1 and tenth in Race 2.

Lukoil LADA drivers Aleksei Dudukalo missed his braking point in the same qualifying session and crashed into his teammate James Thompson. Although Thompson was able to go on to qualify ninth, both cars were badly damaged to race forcing the team to withdraw them.

The championship will resume at Marrakech, Morocco, on April 7 for rounds 3 and 4.

Pepe Oriola manages to become youngest winner in WTCC history by finishing first on the second race in Monacco.

2021 Nivus is the latest subcompact SUV from Volkswagen

Volkswagen AG Supervisory approves projects to be built with Ford, includes 3 commercial vehicles and use of MEB platform