Another triumphant WTCC weekend for Chevrolet

FIA WTCC: Chevrolet Makes It Two In A Row after Rounds 17 and 18 in Spain

The Chevrolet Cruze cars completed a clean sweep in the qualifying rounds at Curitiba, Brazil. As it was expected Yvan Muller, Alain Menu and Rob Huff monopolized the top three positions, and Michel Nykjær provided the icing on the cake grabbing fourth place on his WTCC comeback.

Called in at the last minute to replace Pasquale Di Sabatino at bamboo-engineering, Nykjær cproved that he still knows how to be competitive in the WTCC and stole fourth position from Gabriele Tarquini with an impressive last lap in Q2.

For the whole day Tarquini had tried to chase the Chevrolet trio. However, the Italian driver spoiled his first lap in Q2 by driving too wide at the last turn and had to pit for new tires. This might have jeopardized his chances of achieving a better result than fifth, just ahead of Alex MacDowall and Darryl O’Young.

During the race weekend, victory was shared by Yvan Muller and Rob Huff. This means that 13 races out of the 16 held so far have been won by the blue Cruze cars.

In the first race Muller started from pole position and led home Alain Menu and Huff, while Gabriele Tarquini had to settle in fourth position after he trying in vain to disrupt the Chevrolet trio at the start.

The Italian ace was close to perform a miracle in the second race. For a few laps he led, managing to resist Huff’s pressure. Eventually Tarquini had to surrender, losing also second place to Menu. But at least he claimed a well deserved third position ahead of Muller. 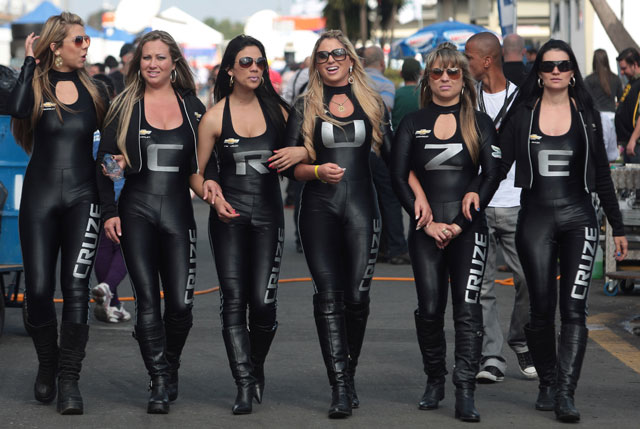 The Frenchman has maintained his championship lead and lost onlyone point to Huff, who trails by 17. Menu is third a further 20 points adrift. But with 220 points still at stake in the remaining four events, anything may happen among them.

In the Manufacturers’ Championship, Chevrolet leads by 243 points and it’s just one step away from a third consecutive world title. Behind the bow tie brand, BMW and SEAT are split by five points only.

The championship now takes a long summer break, while cars and parts are being shipped to USA. Rounds 17 and 18 will take place at Sonoma on September 23.

GT Radial-Circuit Showdown, the nations home of the countries future talents, kicked off its fifth leg at the Batangas Racing Circuit, last July 7, 2012.