Finishes third in Race 1 of the Coppa Shell category

Floirendo finishes third in 4th round of 2014 Ferrari Challenge Asia at Inje, Korea

Davao native Vicente Floirendo has shown more pace in the second leg of the 2014 Season Ferrari Corse Clienti held for the first time at the Sydney Motorsport Park circuit in Australia. He competes in the Coppa Shell class for 'Gentleman Racers'.

Floirendo was consistently on pace the whole race weekend after Ferrari engineers finally solved the issues that plagued his car during the opening weekend in Sepang, Malaysia. He even clocked in third quickest during the Friday Free Practice Session and qualified 7th overall on the grid and third in class with only three laps to conserve tires for the race proper.

In Race 1, Floirendo managed to keep his Ferrari 458 race car on pace and maintain his position through the race for a 3rd place class finish and 8th overall. 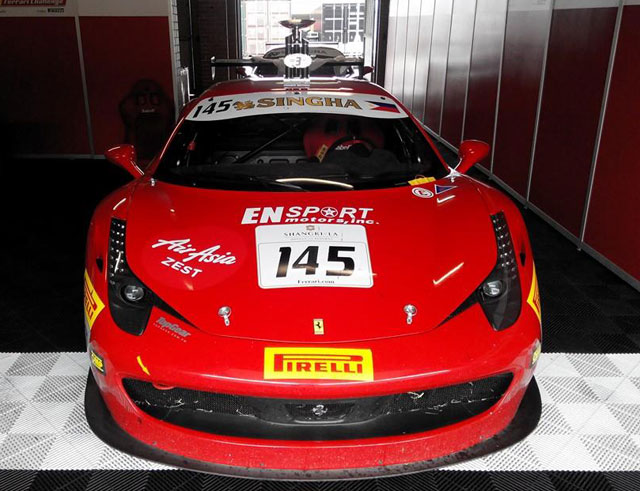 During the second qualifying session to determine the grid position for Race 2, Floirendo only managed to clock 6th in class, and 11th overall. Stuck in race traffic in the middle of the order, the Filipino driver decided to stay out of trouble and finish the race in one piece. He steered his car home to 12th overall and 6th in class.

The next leg is scheduled to be held in Shanghai, China on June 8.

Despite recently getting a three-year contract extension, Stefano Domenicali steps down after a disappointing start by Ferrari.

Ferrari GTC4Lusso launched in the Philippines