Support from friends and fans of celebrated race car driver and motorsport organizer Ferdinand 'Enzo' Pastor have been non-stop since his untimely passing on the evening of June 12, at the age of 32. One notable photo montage bore the message 'Race in Paradise'.

Glen Pueblo of One Eye Open Productions recently filmed Pastor for a promotional video of the Asian V8 Championship not knowing that it would be the last time. He has compiled his footage into a short film in memory of Enzo Pastor. Watch the video below to see the very touching tribute video Pueblo has made for the slain racing driver. 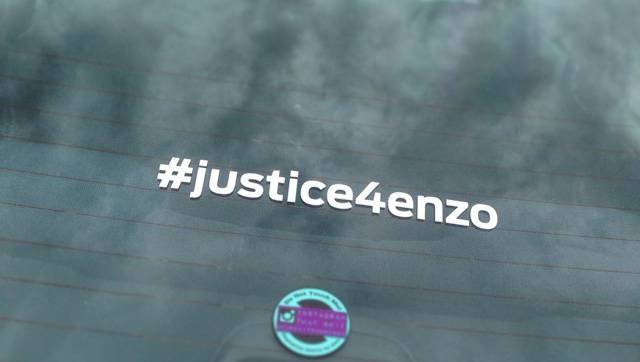 Cries for justice for the murdered racer have brought about the hashtags #Justice4EnzoPastor, #Justice4Enzo, and #JusticeForEnzoPastor which have found their way to remembrance stickers, customized shirts and social media posts. Supporters and well-wishers have been sending messages of condolences and encouragement to the family and close friends as well.

Pastor was a victim of a murder in cold blood, sustaining up to six gunshot wounds while stopped at the intersection of Congressional Avenue and Visayas Avenue. He was driving a car transporter truck carrying one of their Asian V8 race cars en route to the Clark International Speedway. The Philippine National Police is still trying to ascertain the exact motive for the murder. No suspects have been arrested in connection to Pastor's murder.

Watch the video by Glen Pueblo of One Eye Open Productions below:

McLaren to debut a new GT3 car with an exhibition from Jenson Button and the McLaren Mercedes MP4-26 at Goodwood.