2-seaters to run at every event next season

It’s safe to say that the thrills of racing Formula One are mostly experienced by the ones behind the wheel. While many fans are dying to have their chance at trying it, their closest way to experiencing it would mostly be restricted to simulation games or testing an entry-level open-wheel car at best. We all know that the G-forces experienced by F1 drivers is on an exponentially higher level, and any true diehard F1 fan would be poised to experience such at least once. Thankfully Liberty Media have noticed the gap in exclusivity with regards to this and decided to do something about it – by expanding the two-seater F1 program next season.

F1 have revealed photos of next year’s upcoming F1X2 – one of two cars that will be present at every race next season to bring lucky fans around the world circuits and feel all the forces involved with racing F1. Overseen by former Minardi boss Paul Stoddart, this program actually started this season with one 2-seater F1 car being at a few circuits such as the Australian GP and British GP. Next year however, this new car – designed by F1 two-seater technical chief Mike Gascoyne – has several changes to the body to allow for a more immersive fan experience.

Considering that the 2-seater is still based off the 1998 Tyrell 026 design and running gear, the innard of the car remain the same; Not that it’s a bad thing, fans will be pleased to know that the 2-seater still runs a proper V10 engine as opposed to the relatively quiet V6 turbos of today. 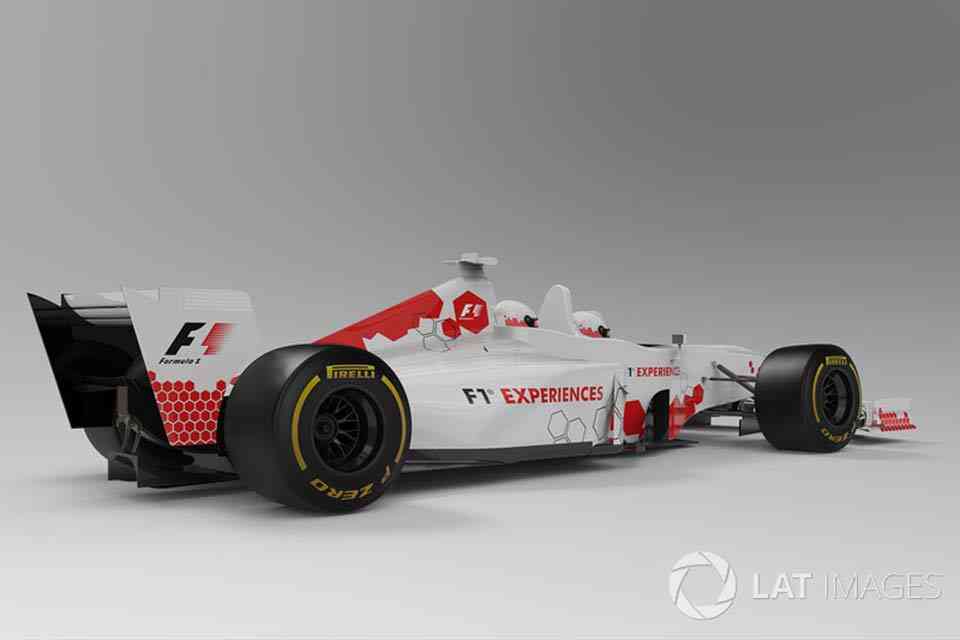 The exterior, according to Stoddart and Gascoyne, will be updated to a more contemporary look. A new front wing, bargeboards, and rear wing will reflect current regulations to make the car look right at home in today’s F1 races.To allow passengers to get the most out of the experience, a less obtrusive roll hoop bulkhead is in place to avoid any obstruction of view from the back seat.

"We're going to make two new chassis, because we want to incorporate changes to improve driver fit, and get bigger passengers in, and make them more comfortable and safer. We'll also put new electronics on, because they are probably the weak link from a reliability point of view – they are just not made any more. Also we can put dash displays in for the passengers, so they will be able to see where they are on the circuit," said Mike Gascoyne.

Expect to see more of these 2-seaters if you’re lucky enough to attend any races next season.