Ford has officially revealed its new GT race car which will compete in the 2016 24 Hours of Le Mans to commemorate the 50th anniversary of their 1-2-3 victory in 1966.

The new Ford GT supercar-based race cars aim to relive the success of the legendary GT40 which dominated the 24 Hours of Le Mans from 1966 to 1969. Ford has also annouced that they will compete under the LM GTE Pro division in the 2016 schedules of the FIA World Endurance Championship as well as the Tudor United Sportscar Championship. It will make its competition debut at the Rolex 24 at Daytona, Florida in January 2016.

"When the GT40 competed at Le Mans in the 1960s, Henry Ford II sought to prove Ford could beat endurance racing's most legendary manufacturers," said Bill Ford, executive chairman, Ford Motor Company. "We are still extremely proud of having won this iconic race four times in a row, and that same spirit that drove the innovation behind the first Ford GT still drives us today." 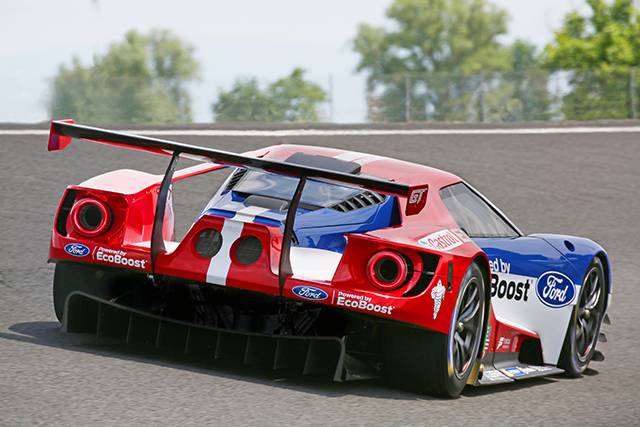 Ford Performance has developed state-of-the-art aerodynamics to deliver outstanding levels of downforce for improved stability with minimal drag, advanced lightweight composites featuring carbon fiber for an exceptionally rigid but light chassis, and the power and efficiency of EcoBoost technology.

"As we developed the Ford GT, from the outset, we wanted to ensure we had a car that has what it takes to return Ford to the world of GT racing," said Raj Nair, Ford Motor Company group vice president, Global Product Development and chief technical officer. "We believe the Ford GT's advances in aerodynamics, light-weighting and EcoBoost power will make for a compelling race car that can once again compete on a global stage." 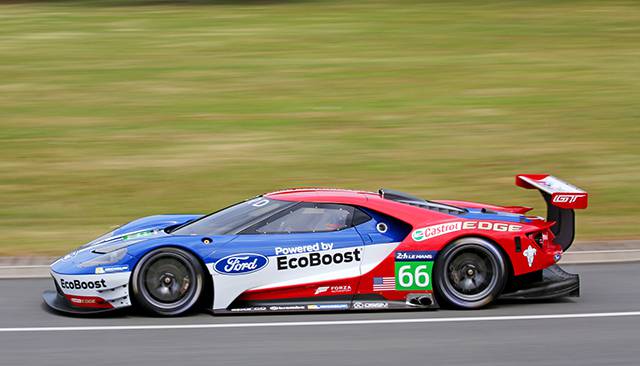 "We've won races and championships, but we've never run Le Mans," said team owner Chip Ganassi. "When presented the opportunity to compete with the all-new Ford GT on the world's biggest sports car stage, and on the 50th anniversary of one of the most storied victories in racing history, how could any race team not want to be part of that? Will it be a challenge? Absolutely, but we couldn't be with a better partner than Ford."