Felipe Masssa signs on with Venturi for Formula E championship

Felipe Massa stays with Ferrari until end of 2013

Felipe Massa may have retired from Formula 1, but that doesn't mean he has left the world of motorsports completely. After months of speculation, the 37-year old Brazilian racing driver has confirmed that he has joined Formula E via Team Venturi for Season 5 (2018-2019).

“For some years now, I’ve been clear about my interest in this innovative, forward-looking discipline that’s developing exponentially. I especially like the format of race meetings, the city-centre circuits and the contact with the fans. I can’t wait to take part in testing at the end of the month,” said Massa.

Signing a three-year deal with the racing team, Massa is due to begin testing in the Gen2 Venturi VFE 05 by the end of May 2018. He added that he is happy to be joining the Venturi Formula E Team as the “championship itself has become a magnificent competition in such a short span of time”. 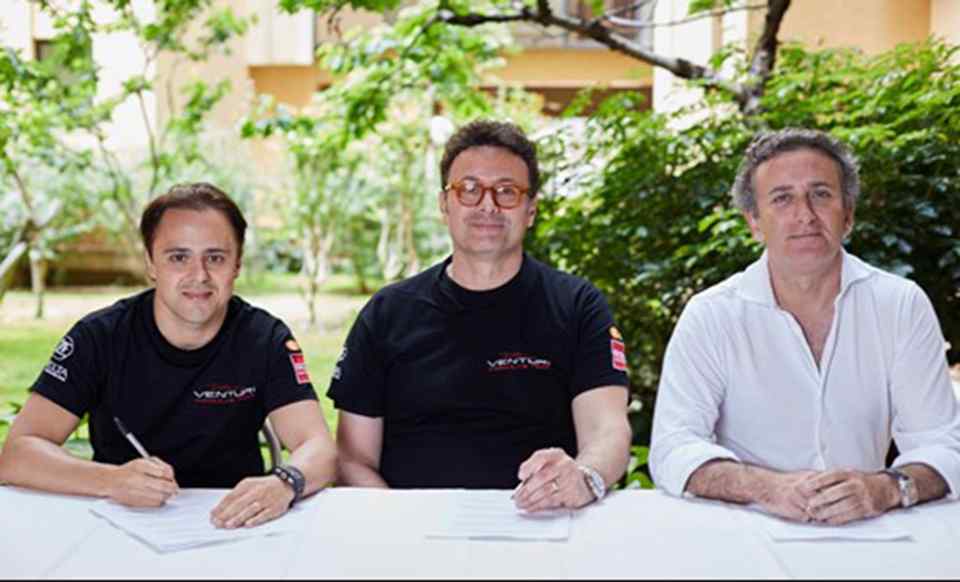 Gildo Pastor, president of Venturi Automobiles and the Venturi Formula E Team, stated that it's an honor to welcome Felipe Massa to the Venturi Family.

“I needed him, his experience, his speed, and his openness. Formula E is extremely complex to set up and drive. Even more so than in other disciplines, teamwork between the driver and the engineering team is one of the keys to success. Felipe’s 15 years’ experience in Formula 1 will definitely give us a boost. And with his humble nature, I know he will listen to the team and master the discipline quickly,” added Pastor.

In review, Felipe Massa originally retired from Formula 1 racing back in 2016. He was succeded by then rookie Lance Stroll who was supposed to be partnered up with Valterri Bottas. But Bottas had other plans and switched to Mercedes-AMG F1 before the start of the 2017 season. Williams asked Massa if he could drive for them once more, to which the Brazilian agreed to. Massa officially retired from Formula 1 after the end of the 2017 season.

With a deadline extension, Red Bull Racing is given more time to consider Honda as their engine supplier for next season