As part of its aggressive media and promotional campaign, FIA Formula E organizers flew the Spark-Renault SRT_01E to Las Vegas for its first dynamic public appearance for the 2014 Consumer Electronics Show (CES). Driven by Formula E test driver Brazilian Lucas di Grassi, the zero emission SRT_01E sped through the Las Vegas Strip before moving on to Mandalay Bay in the center of the city. 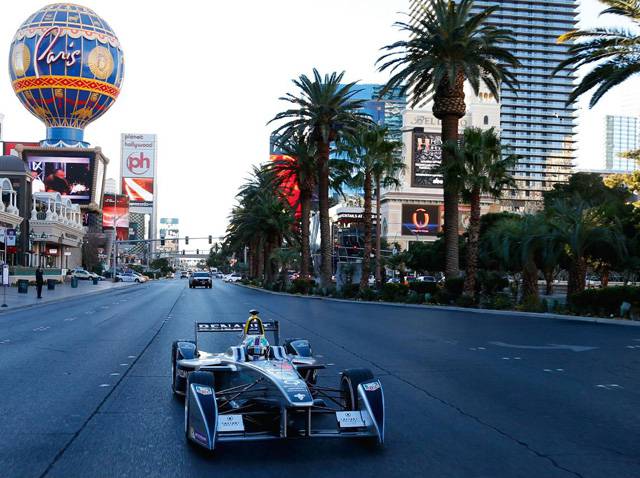 The demonstration run is the realization of the visionary idea of fully-electric single-seater race cars. The zero emission races are scheduled to commence in September of 2014 at city circuits around the world.

“Everybody at Renault is very proud that we were able to show the 100% electric Spark-Renault race car in driving conditions for a very tech-savvy crowd in Las Vegas. The work that has been done by all technical partners over the last few months has been fantastic and the car lives up to Renault’s high competition standards,” said Patrice Ratti, CEO of Renault Sport Technologies.

The public debut follows on its official debut at the Frankfurt Motor Show in September of last year and its recent track test debut in November.

Foton is out to prove itself this year at the 36th Edition of the Dakar Rally with an entry of Tunland (Thunder) pickups.

Marlon Stockinger will be holding a meet and greet for fans at the Greenbelt Park Activity Center on January 11.