Round 6 of the 2015 GT Radial Flat Out Race Series (FORS) was held last August 1 in the Clark International Speedway. The drivers were faced with high temperatures throughout the day with local racers Team PCR coming out on top. 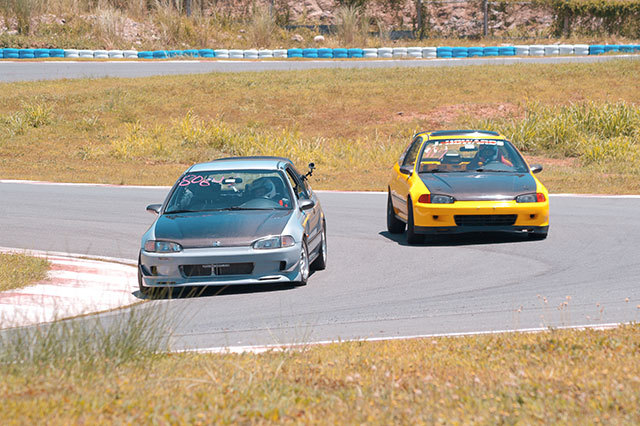 For Bracket B, Eduardo Suiza ran very close to breaking out of the bracket with a laptime of 2:16.035, giving him the win for the class. Sydney Blanche Sarmiento clocked in at 2:16.735 for second place and completing the podium for Bracket B is Vic Edillon with a best time of 2:17.006. 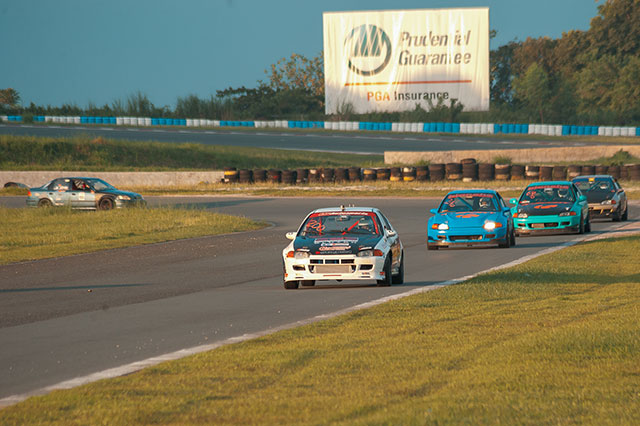 Bracket C saw the top 3 competitors within 0.3 seconds from each other. Finishing first was Gabby Sohu followed by Andrew de Asis in second place. In third was Michael Bryan Co for Team GT Radial.

Young gun Polo Bautista wins yet another race in Bracket D ahead of Paolo Lofamia in second and Raffy Sohu in third. Ron Valerio takes the win for Bracket E with Adrian Agcaman and AC Gutierrez in second and third respectively. 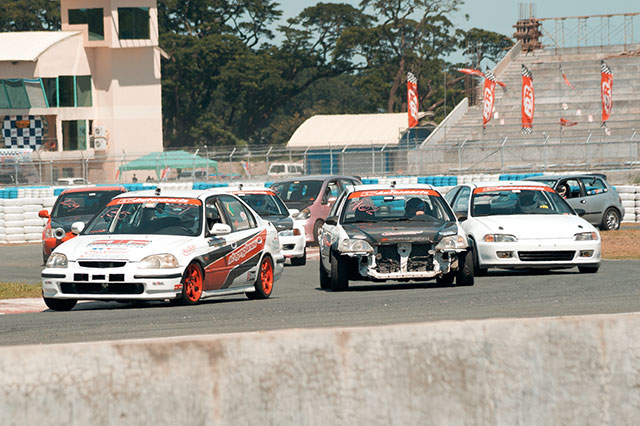 The fastest time of the day was set by Kunihiro Iwatsuki in a GT300 spec Lancer Evolution VIII. With a lap time of 2:04.936, the lap record for Clark may be under threat. 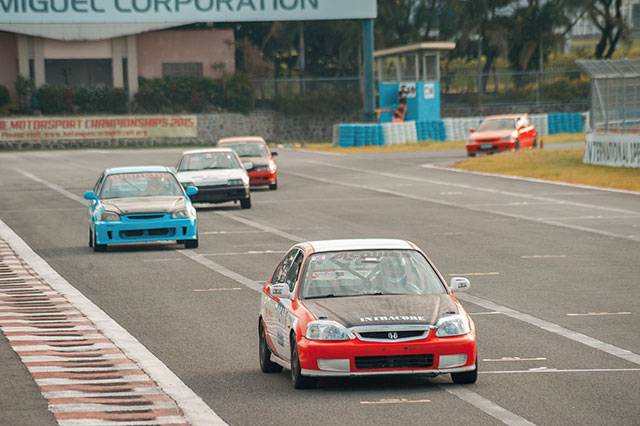 The grid races saw Rafael La'O run a dominant race to win over Ferdie Sia. Sia then snatched second place from eventual Nino Garcia who limped his car home with mechanical issues. The Grid A drivers saw themselves mixing it with the Grid D drivers, giving the faster Grid A drivers a bigger challenge.

The top 8 finishers in Grid D were all handed penalties for breaking out of their allowed times, handing the win to JP Pacres with team mate Mikey Suiza in tow. Championship contender Mikko Rayo finished third. This Group also had the Philippine Micro Series racers to spice things up more; where Michael Bryan Co took his maiden win over PMS regular Carl Anthony Estepa.

Grid C was packed with 18 cars lining up for the win with Team Pampanga Circuit Racing (PCR) locking out all the podium positions. Kim Lagman led Team PCR to victory with Franklin Ong in second followed by MC Agapito.

For Grid B, consistency paid off for Carlo Baguisa of JCT Blanche racing by winning after leader Eduardo Suiza Broke out, and Sydney Blanche suffering shifter problems halfway through the race. With Suiza and Blanche out, Jun Cabrera took second place and veteran race car driver Dominic Bon finishing third.