Hoping to catch the Flat Out Race Series? For the next round, they will be heading to the Batangas Racing Circuit this coming May 19, 2018. Rather than repeating BRC for Round 4 however, the organizers have recently announced that the race on June 9 will be held in Clark International Speedway instead.

Too busy on those dates? After the 4th round, FORS will be holding the annual Philippine Endurance Challenge '4 Oras ng Pilipinas' during Independence Day on June 12. Once again, it will be held at the Clark International Speedway. This would give drivers joining from the fourth round of FORS more practice on track. 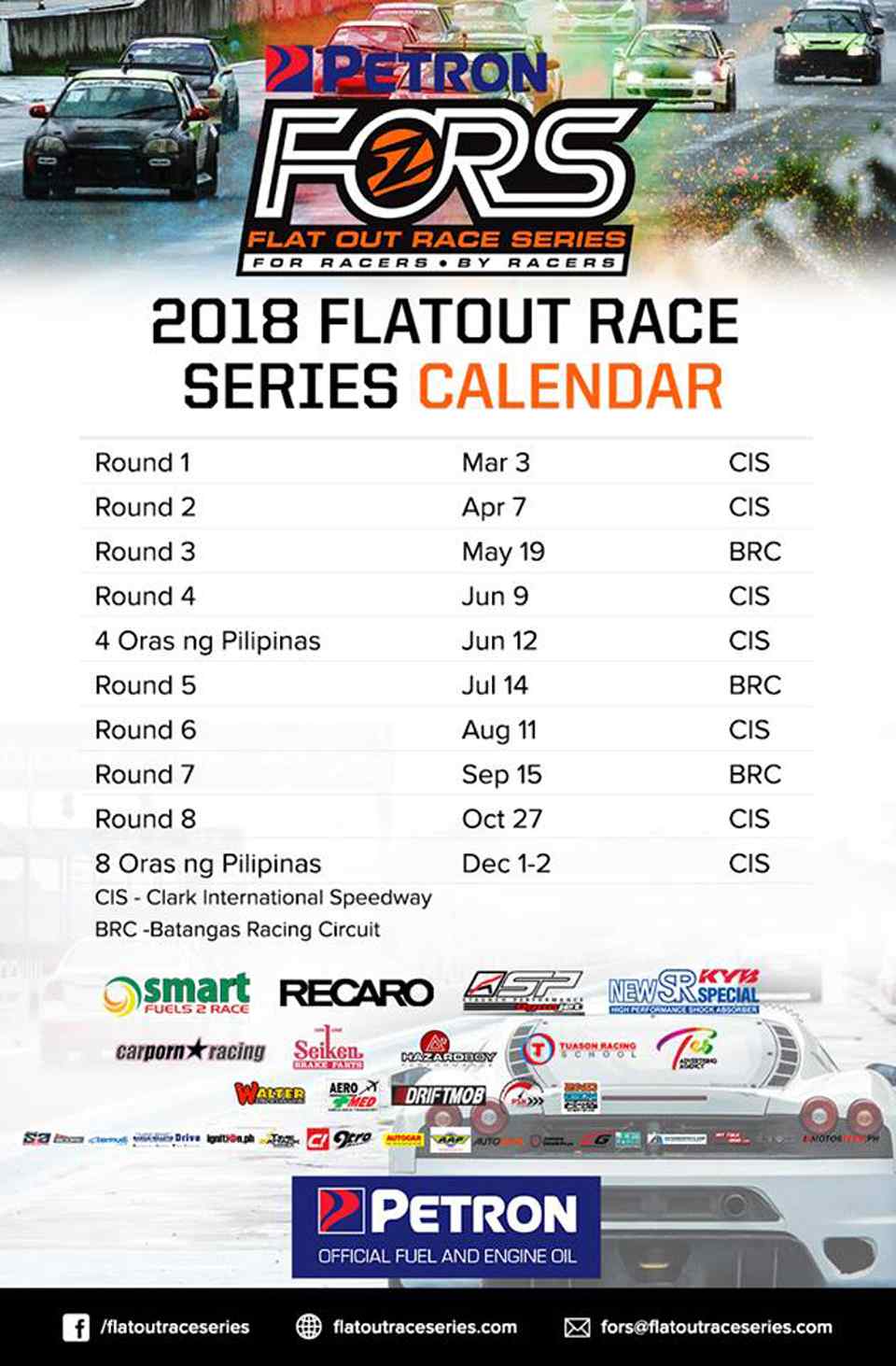 As for the rest of the 2018 season calendar, it currently remains the same. Should there be further changes to calender, it will likely be announced by the organizers on the Flat Out Race Series on their Facebook page.

You may check out the current 2018 FORS Calendar in the photo above.